We had a great time at the Ontario Food Collaborative today! We covered food waste and its connection to food literacy. If you missed it, you'll be able to watch the recording soon at the OFC website: https://ontariofoodcollaborative.ca/agm2022/

And check out Project Neutral and Our Food Future for more climate action content. Thanks for having us, OFC! 🌳⛅👏


Join us at OFC’s 2022 Annual General Meeting & Symposium Tuesday, November 22nd, 2022 This year OFC’s AGM and Symposium will be on November 22, 2022 and we have a full day of great programming. This FREE virtual event will create the space to learn and build capacity for members and interested p...

We've linked to an article below covering the lack of measurement and progress on this extremely impactful climate action around the world...

"Spokespeople from Canada, Australia and Ireland ... said their countries were committed to the goal but did not say what progress had been made so far."

BUT "The United Kingdom reduced food waste by 27% between 2007 and 2018, according to The Waste and Resources Action Programme, an organization that tracks the nation's progress. Its campaign included eliminating "best by" dates on packaging, redistributing unused food to charities, and public education on meal planning."

For more food waste data, we're also linking to Our World In Data, which has an awesome interactive graphic to compare per capita food waste by country:

Amount of food wasted per capita, measured in kilograms.

From science fiction to reality, 'no kill' meat may be coming soon

We're watching the cell-cultured meat space closely because it has huge potential as a technology to address the emissions generated from animal agriculture. The piece linked below on UPSIDE Foods covers the issue well. There's a lot of research to be done, both in measuring the energy required in producing cell-cultured meat AND in the health effects of transitioning to this form of meat.

I haven't seen anything on cell-cultured meat in dietetic spaces. If you've seen discussion from dietitians, let us know!


The meat of the future may be cultured directly from animal cells without slaughtering livestock. It's not yet sold in the U.S., but NPR got a tour of a leading start-up and a taste of their chicken.

We'll be at the Ontario Food Collaborative on November 22nd! You can register and join the climate change panel (and any other panel) for FREE. See you there 😊

Join us at OFC’s 2022 Annual General Meeting & Symposium Tuesday, November 22nd, 2022 This year OFC’s AGM and Symposium will be on November 22, 2022 and we have a full day of great programming. This FREE virtual event will create the space to learn and build capacity for members and interested p... 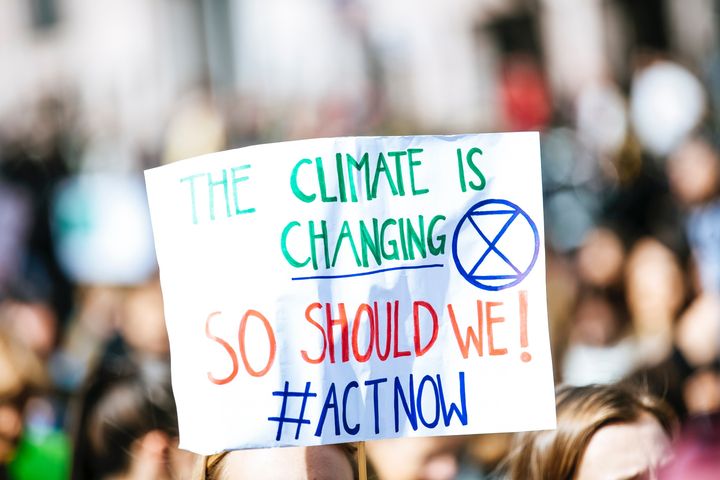 COP27 has started in Egypt (Nov 6-18), and it's the first COP to include a food pavillion! Yay! We're so excited to see food systems get attention, and we hope to see !🌍

Check out the link below for more info on the first ever Food Systems Pavillion--> https://foodsystemspavilion.com/ 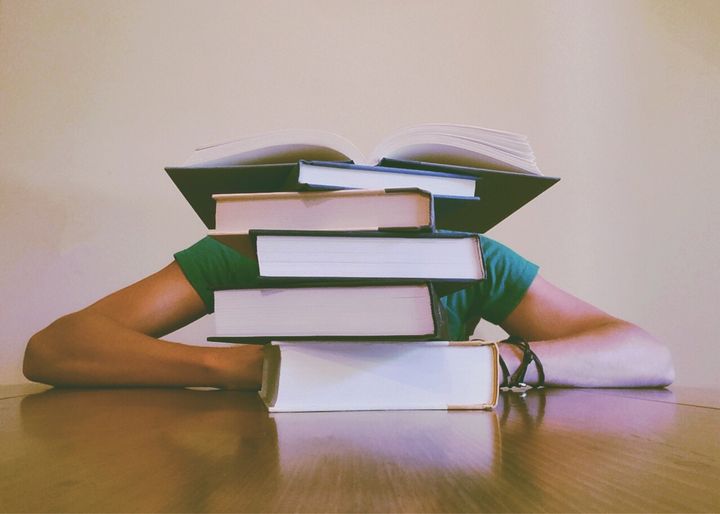 Are you a dietitian interested in climate action, but unsure where to start? Our new rationale statement might help! It describes the impact of food on climate change, shows the skills dietitians have to work on food-related mitigation, and lists high-quality research evidence.
Check out the resources section of our website: https://www.drawdowndietetics.org/handouts

We've posted our plant-based burger nutrient database on our website! We also made a short video tutorial to show how to use it with a case example. 🍔 Check out the link here: https://www.drawdowndietetics.org/plantbased-foods-database

They found that most regular candy ("sugar confectionery") is very climate-friendly--it had the lowest global warming effect of all the candy categories measured. The highest was dark chocolate, followed by milk chocolate, and they show that replacing cow's milk with soy milk in chocolate formulae would reduce the greenhouse gas emissions by a huge amount (an estimated 96%!). So , if you're reading this, it could be a simple way for you to save money and meet your emissions targets ;)

Enjoy your Halloween everyone! 🎉 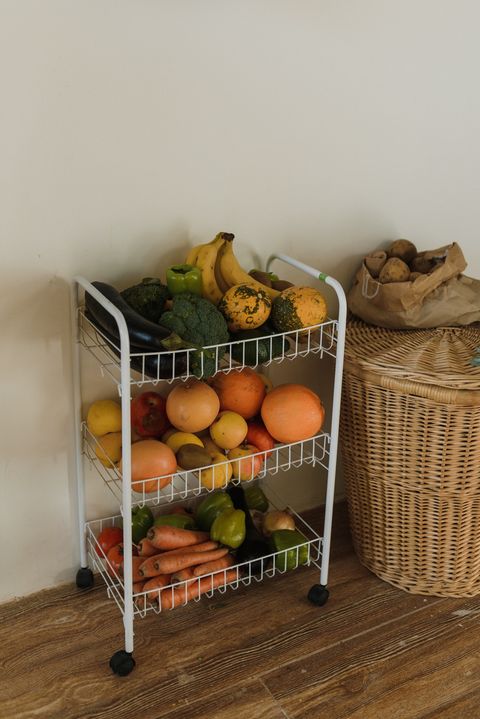 Robust veggies like carrots, beets, squash, kale and turnips and are less likely to be wasted and last longer! Eating these nutrient dense vegetables will also boost your intake of vitamin A, vitamin C, fibre, magnesium and so much more. 🥕🥔🍠

See the link below for the full story and get all the details!
https://news.uoguelph.ca/2022/10/u-of-gs-child-care-and-learning-centre-cuts-carbon-footprint-through-plant-based-menu/ 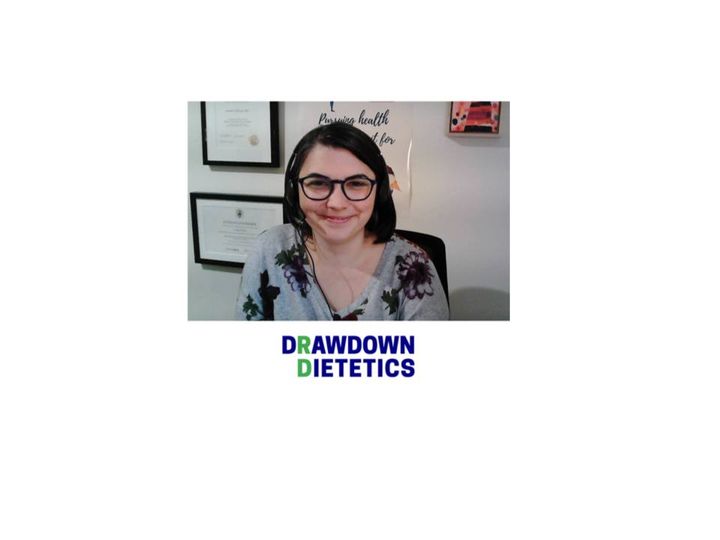 In case you missed it, we now offer consulting services! If you're looking for support in nutrition and climate action, we're here to help. Visit our website drawdowndietetics.org/consult for more info 😀 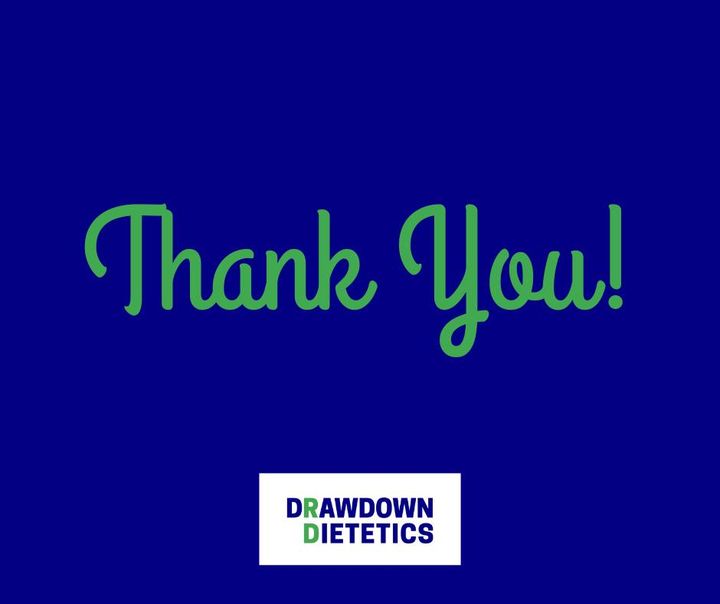 Happy Thanksgiving everyone! The origins of this holiday suck, but we want to use it to say thanks. We're so grateful to have dietitians and others engage with our work! We're also eternally grateful to everyone who came before us in the world of climate change understanding and action--scientists, artists, activists, concerned citizens, and politicians. Thanks for your support and interest in climate action, and we hope you enjoy some yummy food this weekend :)

Happy World Vegetarian Day! Vegetarian diets tend to have low greenhouse gas emissions, but we use the term "plant-rich diet" to indicate that you can have a healthy, climate-friendly diet while still enjoying animal foods in small amounts. Flexitarian or "reducetarian" diets tend to be easier for most people to follow in the long run :)
👏 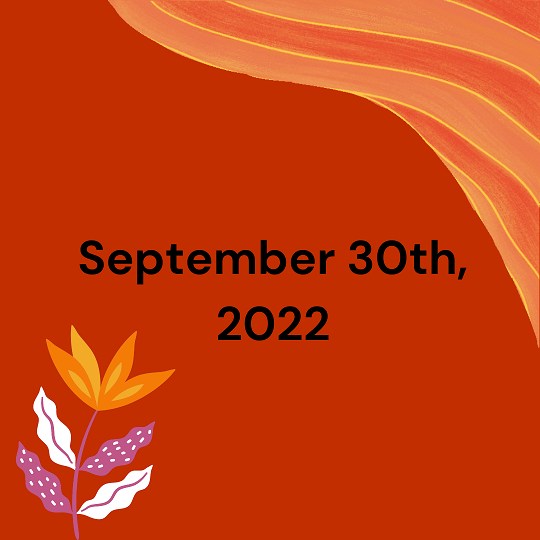 September 30th is Truth and Reconciliation Day in Canada. While this isn't directly related to climate change, as dietitians we recognize the significant harms done by nutrition researchers to children at residential schools. We support the important work of truth and reconciliation, and especially the health recommendations made in the Final Report. Read more here: https://nctr.ca/records/reports/ 🇨🇦

Our September blog is published! Read about meatless meat and dairy alternatives at drawdowndietetics.org/blog. Are these ultra-processed foods, or can they replace their animal-based equivalents?🧐

You can sign up for our free monthly newsletter at drawdowndietetics.org. 🤩👋 📨 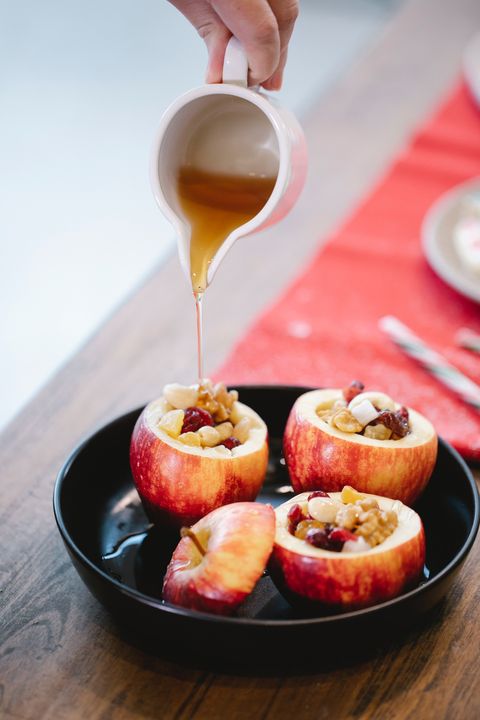 We've got a yummy fall recipe for baked apples with oats and walnuts! 🍎 If you accidentally bought apples that don't taste great fresh, or they're getting a bit soft, try this before tossing them! What are your fave fall recipes? Grab the recipe link here: https://coolfooddude.com/2017/12/23/cookbook-review-the-how-not-to-die-cookbook/ ❤️ 🍏

Happy World Zero Emissions Day 2022!! Can we lower the greenhouse gas emissions from the food system while protecting human nutrition? Yup, but we need evidence-based info from registered dietitians! 🌏

Our amazing volunteer, Natalie Nguyen, has been working on a huge database of plant-based meats and dairy products, to support dietitians making healthy recommendations with these foods. We chose the top 3 plant burgers based on overall nutrition. Our September blog post will dig into our thoughts on these products. Stay tuned! 😀🌍🙌

Another great resource for sustainable food is the set of Guelph Family Health Study Cookbooks! They have some great suggestions for plant-rich meals and reducing food waste. Check out the link in our bio for the recipes :) 🌍✨🍲

Have you checked out the sustainability toolkit yet? It's a great place to start for resources on sustainable food, especially if you're a dietitian. Grab the link here-- >https://icdasustainability.org/professional-development/sustainability-self-assessment/ 😊 🔧 🌐

We're so excited to see the University of Toronto take these steps towards sustainable food on campus! See the link here for all the details-->https://www.utoronto.ca/news/u-t-chefs-bring-more-sustainable-plant-based-food-campus-menus?utm_source=Facebook&utm_medium=Alumni-Facebook&utm_campaign=Alumni-Facebook-Post&fbclid=IwAR0hUFyLSflaG0-hwwLdpPSNvMD8dnPNgkNYf3cN0YXULpckJQW8wmaRyGk
🌟 🎊 🎓

As you're getting ready to go back to campus in person this Fall, take a look at the sustainable food initiatives your school is working on. "DefaultDal" at Dalhousie University in Halifax advocates for plant-based meals to be the default option. Tell us what you'd like to see on your campus! Learn more about the DefaultDal campaign here: https://defaultdal.ca/. 🎓 🍁 🌎

Nutrition and dietetics students 📣
Is anyone interested in courses on climate change, sustainability and food? We know there are courses out there--tell us what you're taking and why in the comments below! 😊 💡 👩‍🎓 🌎 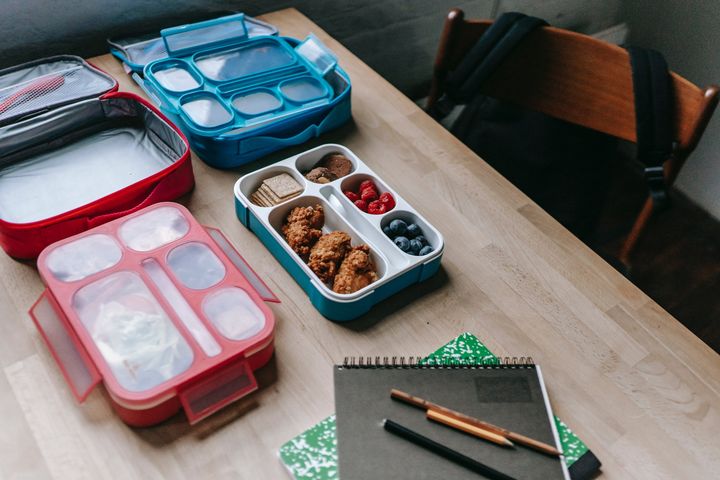 It's almost time to get back to school!😮 To prepare, here are some of our top climate-friendly lunchbox tips:
1. Try swapping luncheon meats and cheeses for plant-based alternatives (smoked tofu, seasoned tempeh, hummus or bean dip with veggies).
2. Freeze any uneaten fruits or vegetables brought home and add them to smoothies.
3. Compost leftovers when possible.
4. Use a reusable water bottle for drinks.
5. Try using more tupperware instead of single-use plastics.
🎒 🌎 For more helpful tips see Harvard's School of Public Health 'Packing a Healthy Lunchbox' Guide. See the link here: https://www.hsph.harvard.edu/nutritionsource/kids-healthy-lunchbox-guide/! 📖 🍏

In Japan, powdered insects can be selected as a protein option for meals on certain airlines! Would you try it? ⁉ 👀 🐛🍱 Check out the full published article here-> https://simpleflying.com/zipair-adds-insect-powder-into-two-inflight-meal-options/.

Insects like crickets and mealworms are a sustainable source of protein and micronutrients, and around 2 billion people in the world eat them! Have you ever had clients who eat insects, or tried them yourself? 🐛🔎 Tell us in the comments below!

We're SO excited and encouraged to witness the U.S pass significant legislation on climate change!! With Australia taking similar action, this puts pressure on Canada to decarbonize the economy rapidly as well. 😊 🍁 ⭐ 🌻 🌏
Read all the details here: https://www.npr.org/2022/08/07/1116190180/democrats-are-set-to-pass-a-major-climate-health-and-tax-bill-heres-whats-in-it. 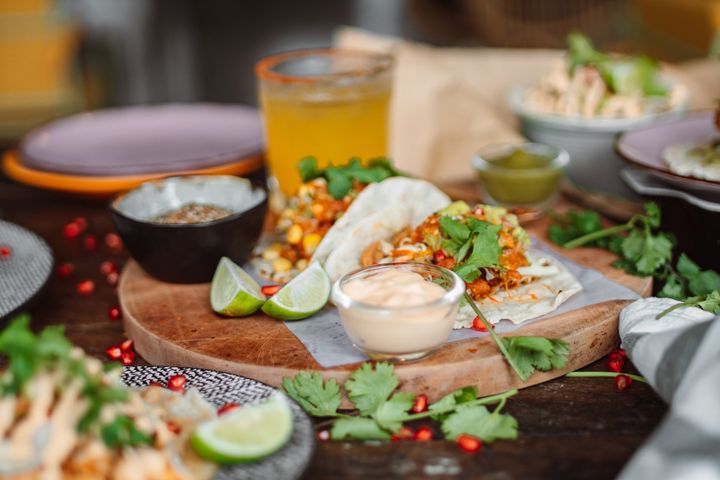 Looking for a yummy, climate-friendly summer recipe? Try these Crunchy Chickpea & Black Lentil Grilled Tacos! Get the recipe here --> https://pulses.org/nap/recipe/crunchy-chickpea-black-lentil-grilled-tacos/. How do you like to incorporate beans, legumes and pulses into your diet in the summer? 🍁 😊

We're taking a break from the newsletter and blog this month to disconnect and recharge before we dive into our next topic in August. Happy summer and we'll see you soon! 🌳 💥 🌹

Plant foods tend to have the lowest greenhouse gas emissions, while farmed ruminant meats have the highest. However, plant-rich diets don't necessarily eliminate ruminant meat--these are reduced as much as possible while being mindful of culturally significant foods, disordered eating, and other individual contexts. 🐮🥦

Craving a great recipe to help you use up some vegetables you planned on eating days ago? Check out Bob Blumer's delicious veggie fritter recipe! --> https://lovefoodhatewaste.ca/recipes/bob-blumers-veggie-fritters/. You can incorporate almost any leftover produce or odds and ends into this recipe. Enjoy! 🥔🥒🧅

Be the first to know and let us send you an email when Drawdown Dietetics posts news and promotions. Your email address will not be used for any other purpose, and you can unsubscribe at any time.

Send a message to Drawdown Dietetics: 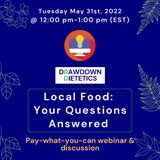 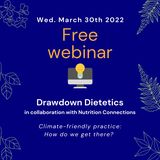 Other Food & Beverage in Toronto

Other Food & Beverage in Toronto (show all)