We are currently looking for an enthusiastic CDP or Junior Sous to join a brigade in the High-Street Kensington area of West London !!

Candidates would need a background in French/Mediterranean cuisine and with around a years commercial kitchen experience.

The successful candidate will report to a senior sous chef and work alongside a further CDP, all of whom report to an Executive Chef !!

Please get in touch to express your interest !!

Thanks and Good luck !

It's pinsa not pizza

Ciao belle gente !
If you're feeling peckish this lunch time pop down to just beyond and grab one of our 9" style for £4.90 🙀

fancy some extra or
porcini mushrooms ? Add a generous serving for just a £1 !!

A big Grazie mille , to all those who have supported us thus far on

What is Roman Pinsa?

It's pinsa not pizza!!

Which do you prefer!!

Chef Marco is starting a war against pizza and here's why. Our bodies are not meant to digest Pizza because of the enormous quantities of yeast and wheat flo...

Should you mix breakfast and pizza???

belle gente!!
You can now purchase our
on

The GOAT (Greatest of All Time)
Goat cheese, spinach, roast pepper, caramelized red onion on a white base
😍😍😋😋

Why not go for a healthy option with one of our insalata!!!

If you're néeding a afternoon

Be the first to know and let us send you an email when A Sora Lella posts news and promotions. Your email address will not be used for any other purpose, and you can unsubscribe at any time.

Send a message to A Sora Lella: 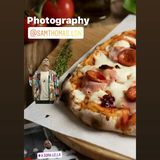 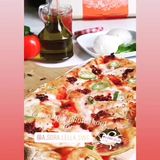 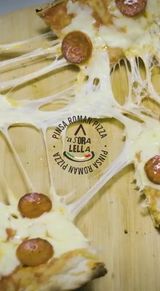 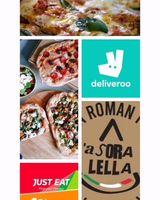 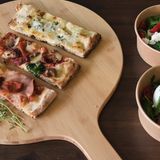 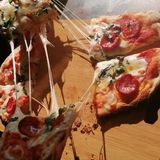 Pinsa traces its origins back to the Roman Empire. It was considered so delicious that the ancient priests offered it to the gods. The poet Virgil in his Aeneid wrote that peasants in the Roman countryside kneaded grains, salt and herbs to make a “low and oval cake” cooked on hot coals. Virgil recorded this easily digestible cake was one of the first foods Trojan Hero Aeneas bit into when he set foot on the Lazio coast !!!!

Finally the specific selection of three unique flours (rice, soy and wheat) and mother yeast give a crispy outside while retaining a soft fluffy interior texture !!!

Pop down to North end road and and give it a try !

from A Sora Lella
x