The British Kebab & Retail Awards aims to shed light on this established industry, to recognise the cultural and economic contributions that the various restaurants, suppliers and workers make to the UK.

Link to my speech :

The Kings and Queens of the kebab industry were crowned last night on the 1st of March at the tenth annual British Kebab Awards, celebrating their £2.8 billion contribution to the British economy.

The British Kebab Awards, sponsored by Just Eat, were held in the ballroom at the Park Plaza Westminster Bridge Hotel, with an audience of over 1,200 guests including more than 150 MPs and Lords.

Winners took to the stage triumphing in 18 categories, including Chef of the Year, Kebab Van of the Year, Just Eat Best Delivery, and eight regional awards for recognising the best kebab restaurants across the UK.

Andrew Kenny, Managing Director of Just Eat UK, headline sponsors of the awards said: "It's been an honour for Just Eat to support the British Kebab Awards for the past decade; the event is always a highlight of our year. After an undeniably difficult period for the hospitality sector, there’s never been a better time to recognise the resilient and hard working individuals across the kebab industry, who are making an invaluable contribution to both their local community and the UK economy. Huge congratulations to all the winners and finalists on their incredible achievement."

Ibrahim Dogus, Lambeth-based restaurateur and founder of the Kebab Awards said:
‘’We had a fantastic array of nominees for the 10th British Kebab Awards from across the UK in all our categories. Our judges have had a really hard time choosing the very best of the best.

The awards are for celebrating the chefs, the servers, the drivers, the entrepreneurs and all of the people in our fantastic industry. An industry worth £2.8 billion to the UK economy.
And most of all, celebrating the mighty kebab!
The kebab is a vital part of British cuisine.

The awards receive fantastic support from the British public and Members of Parliament because they recognise the immense value of the kebab industry to our economy. They know that kebab businesses create jobs in catering, distribution, supply and business support.

As we recover from the pandemic and navigate life beyond Brexit, we need the kebab industry like never before.

It’s vital that Lawmakers and Government Ministers – listen to us andhear us when we say we need more support. We need the government to think again on the National Insurance rise, to look again at business rates and increase in VAT.’’

The British Kebab Awards is the only one of its kind to recognise the British kebab industry, which supports 200,000 jobs across restaurants, suppliers and the food industry. Every day, more than 1.5 kebabs are sold across Britain.

A full list of this year’s winners can be found

Photos can be found here

For winners photos only :

For any media enquiries please contact ibrahim dogus on 07525185288

Explore this photo album by Centre for Turkey Studies on Flickr!

Congratulations to Sami and his team!

Tonight, we will be celebrating the heroes of our beloved kebab industry in the UK. Who is joining us for the 10th #BritishKebabAwards ?

1 more sleep before the 10th British Kebab Awards. Watch the short video about our awards #britishkebabawards

Visit www.britishkebabawards.co.uk to find out more about how to get involved.

1 more sleep before the 10th British Kebab Awards. Watch the short video about our awards #britishkebabawards

Visit www.britishkebabawards.co.uk to find out more about how to get involved.

Tickets SOLD OUT & we have a large waiting list 🤦‍♂️

Tickets SOLD OUT & we have a large waiting list 🤦‍♂️

6 days left for the ‘Night of the Year’ #britishkebabawards

Congratulations Tokies in Pontefract on being shortlisted for the national British Kebab Awards this year!! Great kebabs & a really friendly team, right in the heart of our community! Best of luck to them at the awards ceremony next month! You can vote to support Pontefract Tokies here: https://voting.britishkebabawards.com/tokies-pontefract

Be the first to know and let us send you an email when British Kebab Awards posts news and promotions. Your email address will not be used for any other purpose, and you can unsubscribe at any time. 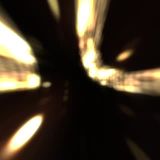 The British Kebab Awards is a true celebration of our industry, which naturally draws key figures from all sections of the takeaway and restaurant sector. As a reflection of the kebab industry’s significant contribution to the UK economy and British culture in general, the awards welcome a host of celebrities, prominent politicians, journalists and most importantly the nation’s hard-working restaurant workers for an evening of celebration.

Our local kebab takeaways and restaurants are the beating hearts of our high streets. More and more, kebab restaurants are becoming part of our lives. They have undergone a transformation in public perception, from once being seen as an unhealthy late night snack, they are now enjoyed in many forms and varieties. We eat them as a sit-down meal with family and friends, as a quick lunch, or indeed after the pub.

As a nation we’re proud of our locals; we love to think our town lays claim to the best kebab. This is how much Britain loves Kebab takeaway and restaurants. This is how proud we are that they’re part of the fabric of our diverse communities.

The kebab industry is worth over £2.2 billion to the UK economy and has been an integral part of our culture for decades – it’s time to recognise and further promote its contribution!

With voting now open, this is your chance to have your say on which restaurant/ takeaway you think deserves a prestigious #BritishKebabAwards http://voting.britishkebabawards.com