We are an independent supplier and full service ag retailer. We have been providing service to indep

The three day meeting concluded with the passing of the gavel ceremony, naming Chris Cornelius the 2022 IPSA President. Chris is the third female president since IPSA's beginning in 1989. In 2013, Chuck Cornelius served as president, making Chuck and Chris the first husband-wife duo to serve as IPSA Presidents.

IPSA represents more than 100 seed companies from more than 25 states, Canada and Mexico.

The Independent Professional Seed Association was formed in 1989 by a group of seedsmen who recognized the need for an organization to represent the unique needs of independent seed companies. The Association addresses research and biotechnology issues and increases the media presence of the industry in an increasingly competitive and dynamic business climate.

Merry Christmas from all of us at Brian’s Feed Service!

Merry Christmas from all of us at Cornelius Seed!

Tomorrow in Northwood at the Diamond Jo Casino!! Brian’s Feed customers are welcome!!

Partner to Profit - Post Harvest Meetings are next week! Join us at either of the locations and dates, we have a full agenda!

✔️How & why supply chain crunches are
affecting Ag.
✔️Learn how to maximize your farm’s potential with the 2022 Cornelius Seed product line-up.
✔️Discover new trait technologies in corn—Trecepta®, SmartStax® PRO, PowerCore®.
✔️Preparing for the future—taking what we learned about agronomics, environments & equipment in 2021 & setting up for success in 2022.

👀See you next week out on the road!

Don't just stabilize your nitrogen, MAXIMIZE it with Instinct NXTGEN! Call your local AFS location today to boost your nitrogen.

Come check us out!!! We stock a large inventory of Werk Weld feed bunks.

Cornelius Seed is one of the few regional independent companies with their own corn breeding nursery. If you look closely you will see a couple hundred pollinating bags up on tassels. Tomorrow they will be used to pollinate ear shoots. Chuck Cornelius, president of Cornelius Seed is the lead on this project. His wife Chris has worked side by side with him in the "nursery" for over 30 years. It's a Cornelius family deal.

Happy 4th of July from your independent dealer. God bless the USA🇺🇸

Come see us for all of your Y-Drop needs and application!!

Precision Planting and AgroLiquid have partnered to provide nutrients and equipment that deliver precisely what you need.

Final results are in for F.I.R.S.T. Trials!
Have you checked out the new Product Search feature on their website? Check it out!
https://bit.ly/2H2QPyu

Thank You to all of our Veterans past and present from all of us at Brian’s Feed Service!

Is a new bin in your future? farm & farm/comm bin roofs feature peak load ratings up to 10,000 lbs, the strongest in the industry! 💪 Visit www.siouxsteel.com for a free quote or to locate a dealer in your area. 📷 Grain Bin Pro of Kentucky

From our family to yours, we’d like to wish everyone a continued safe and successful harvest season. Give us a call for any fall fertilizer or soil sampling needs, as well as 2021 seed pricing. 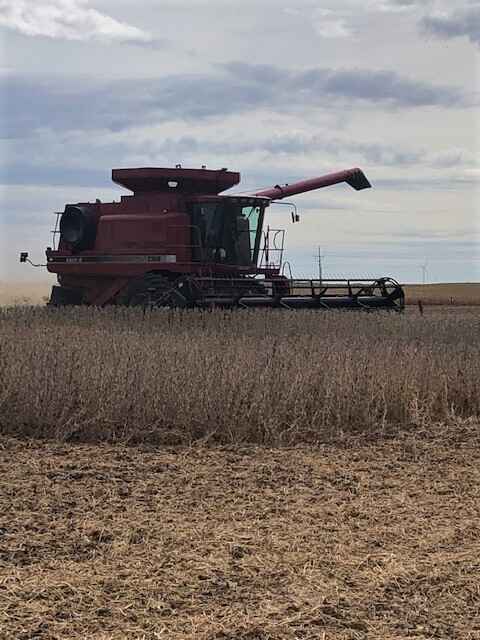 Harvest is underway at Cornelius Seed. C301 is beautiful coming across the belt.

Cornelius Country sure provides us with a beautiful view! is being applied on a customer's corn field north of Swea City, IA.

Happy 4th of July from all of us at Brian’s Feed Service! 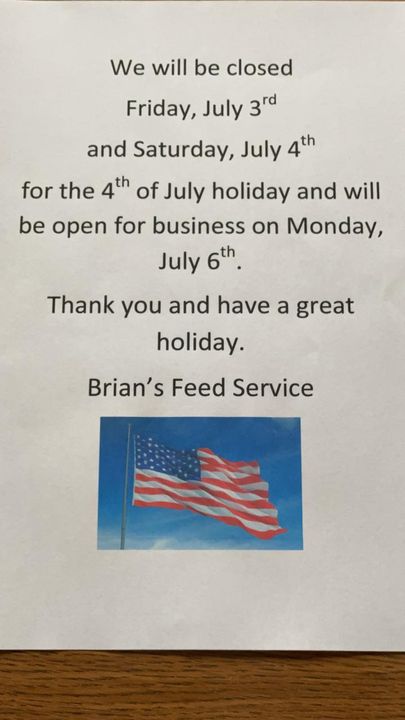 Seed depth is a critical piece in planting. Especially seed corn production acres. Corn lead, Chuck Cornelius, is showing grandson Calahan Cornelius how to do it.

We've reflected back on the last decade (it sure went fast!) at Cornelius Seed and all of the great things that happened...take a look for yourself!

What is My Soil Test Report Telling Me?

What is My Soil Test Report Telling Me?

Information on soil tests are essential to understanding the condition of the soil and how to determine nutrient recommendations, says field agronomy manager John Leif.

| 2019 | What a year you have been! While it was a challenging one for agriculture nation-wide (weather, markets, ...you name it!) it was also a year we're thankful for. Thankful for YOU.
We're entering our 85th year as a family-owned seed company because of awesome farmers and employees like YOU.
Cheers to 2020, we're glad you're here!

Merry Christmas from our family to yours!!! Have a prosperous 2020!!

From all of us at Brian’s Feed Service, we would like to wish everyone a Happy Thanksgiving from our family to yours.

Be the first to know and let us send you an email when Brian's Feed Service posts news and promotions. Your email address will not be used for any other purpose, and you can unsubscribe at any time.

Other Farms in Bancroft

Other Farms in Bancroft (show all)