Owned and under restoration/renovation by Rich and Erin Smith. Registered with the Jefferson County and National Registries of Historic Places

This page was created to share our journey with friends and family, as well as those who just love old historic sites. From the application for the National Historic Registry: "The Jacks-Manning Farm, also known as the Vinton Farm was built around 1840 for Robert Jacks near Charles Town, West Virginia, in the Greek Revival style. Jacks had married Julia Davenport

This page was created to share our journey with friends and family, as well as those who just love old historic sites. From the application for the National Historic Registry: "The Jacks-Manning Farm, also known as the Vinton Farm was built around 1840 for Robert Jacks near Charles Town, West Virginia, in the Greek Revival style. Jacks had married Julia Davenport

Tavis always does an amazing job. He already rebuilt all our chimneys when we first started renovations and now he is working on a new project for us. We love having him out here. Can't wait to see how it looks when he's done!

Hot summer evenings... Too hot to get anything productive done around here!

Too soon they will leave the nest...
#barnswallow

Thought I would open the window this morning to enjoy the beautiful weather... Instead I find out the painters painted it shut last week. 🙄

We are finally at the stage of our porch renovations where the column of the portico that had been home to bees for the last five years finally came down! The bees moved out, but they left behind this beautiful comb and there was even some capped honey in there!

Porch/portico renovations have been going on since October! I thought we'd have a nice porch to enjoy by the time the weather started warming up, but I guess we'll have to wait a little longer!

We stopped in at Sibling Coffee Roasters to check them out. The Raspberry Cold Brew was amazing! #newtoCharlesTown #freshraspberrysauce #giveitaswirl #newfavorite

When you're in your car, but that rainbow over town is just too good to pass up!

We love our historic home! 😍

Located just outside of Charles Town, the Jacks-Manning Farm, also known as Vinton Farm, has remained in the family for over 150 years.

"Constructed in ca. 1840, the house is an excellent example of the Greek Revival style, and is graced by a porte cochère [a roofed structure extending from the entrance of a building over a driveway made to shelter those getting in or out of vehicles] supported by Doric columns. Members of both families played significant roles in the political and social development of Charles Town." (Historic West Virginia: The National Register of Historic Places)

Vinton Farm was built for Robert Jacks, a prominent Jefferson County planter, as the seat of a large agricultural complex. He married Julia Davenport, member of one of Jefferson County's most prominent and influential families.

Her father, Abraham Davenport, was one of the first justices of the peace when Jefferson County was formed in 1801 and was High Sheriff of Jefferson County. Julia's brother, Braxton Davenport was also active in local affairs, even reaching the national spotlight when, as chief justice of the Jefferson County magistrate court in 1859, he presided over the incarceration of abolitionist John Brown. He also served three terms in the Virginia Assembly.

Vinton Farm was added to the National Register of Historic Places in 1984.

Bearding bees taken out by the storm! #wildandwonderfulwv

We are grateful for all our friends and family who continue to support us in all the things we do here at Vinton! Have a wonderful Thanksgiving!

We voted today, did you?!

Mountaineer Popcorn Company is shipping out popcorn made with Vinton Honey! Did you know they can ship some to you too??

This is the coolest chrysalis I've seen around here! #variegatedfrittilary @ Vinton Manor & Apiary

Looking for bees at the MSV. The whole Lego exhibit was great! And the bees were happily working away in the gardens. 🐝🐝 Museum of the Shenandoah Valley

Uh oh.... Where did you come from?! I can't imagine why anyone would want to leave their hive on this 95 degree day... Swarming, absconding, either way it's too hot for this business! 🐝🐝

Does anything say August like peaches? We only found Uvilla Orchard a few years ago, but we love getting their amazing peaches! We definitely had to get out there for their last season. You can also find them at the local farmers market. Wishing them the best in their retirement!!
#uvillaorchard #uvillaorchards #uvilla #jeffersoncounty #jeffersoncountywv #wildandwonderfulwv #peaches #hummingbirdmoth

So many butterflies today. They are happy to see the sun out too!! 🌞🦋

Is it chicken predator week around here or what? This hawk was just just chilling in the shade near the house. #wildandwonderful #wv @ Vinton Manor & Apiary

It's not bad enough that the raccoons are trying to tear our chicken coop up every night, now this?! #wildandwonderful #wv @ Vinton Manor & Apiary

After the rain... 🌈#rainbow

The linden are just starting to open! I think they smell amazing and the breeze is carrying the smell right to me. Hoping for sunny, warm days ahead so the bees can finally collect some nectar around here and maybe salvage a small honey crop!

New weather station is up and running! Vinton Farm weather is back up on the weather underground app for all our fellow #weathergeek. 🌡️🌬️⛈️🔆

After all the humidity and rain, today was a beautiful day! I love being able to open the windows and doors and let the breeze blow through. #noactonight #clouds #sunset #wildandwonderfulwvweather #almostheaven

We're all happy to finally see the sun out again! @Vinton Manor & Apiary

We have had so much rain this week that I'm afraid we are going to float away! I can't tell you how much rain though, because our Weather Underground station took a beating from all that hail. The wind even bent the metal pole it is attached to!

Plus, all this rain during locust nectar flow is making for some very unhappy bees and beekeepers!! 🐝🐝

What a storm! I love a good thunderstorm, but this was a scary one! When it finally cleared up we had piles of hail, lots of broken windowpanes, and broken trees. Luckily the trees missed structures and beehives. Now the house looks like it is covered in seaweed salad! Bees, chickens and the humans here are all ok though! And amazingly we still have power!!

Babysitting some bees! Our bee club nucs were delivered this morning. When the sun goes down we'll "lock" them up so they are ready to go to their new homes.

What is a nuc? A nucleus colony is a small colony with 3 to 5 frames of worker bees, a laying queen, brood and honey stores (food). There are several reasons for nucs, but these will be transferred into regular hives and given some tlc to hopefully become full-sized colonies!

Be the first to know and let us send you an email when Vinton Manor posts news and promotions. Your email address will not be used for any other purpose, and you can unsubscribe at any time.

Send a message to Vinton Manor: 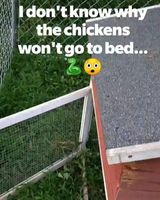 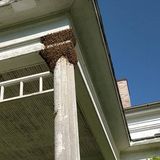 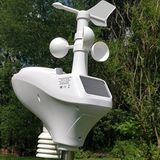 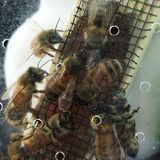 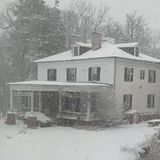 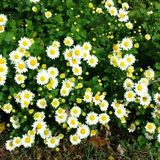 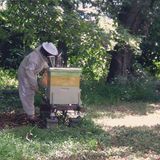 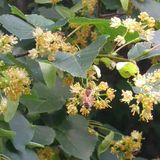 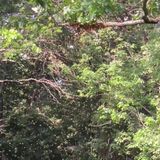 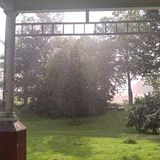 I have been trying to get into your site to see if you have honey yet, and when I click on shop now it won't open.