Spring and the lambing pen is active. Plus Brian, our smallest Calf from winter/late fall

Eagle 🦅 on the lake. Has spent the year here at this point.

UPDATE: Especially since I have learned how many nice animal friendly neighbors we have up here.

II went on foot to the western half of the woods and did find them them at the ridge at Bell lake. They are super spooked. So hoping no hunting nor gunfire is planned tomorrow. Well I found them just on the cusp of darkness. Jerry, our cousin, volunteered to try early in the morning by atv to spot them, and neighbor Mark and family might try a little after that. I went on foot all the way to the northwest edge of our larger lake (my Grandpa named it Lake Shawnee, when he built it in 1968 as a point of local interest lol) and they were right on the ridge right on Bell conservation club’s lake 😭, where I couldn’t get to them on foot, and we have no phone number. I tried calling for Barb the ewe as mom advised me bc Barb is the “herd boss.” that seemed to make it worse and it was getting rather dark so I walked back (hustling as fast as my fat over 40 person could go). They did seem to head at least a little north from where they were and MAYBE back East toward us in the thick (that at least keeps them on our property and not a nuisance to others. I am judging this by the sound that 65 sheep make going through woods. Which I have since learned sounds like a big waterfall (the likes of which we do not have locally 😂).

I am not cut out to be a farmer. I’m so soft in my mid age at this point that I eat mostly dairy and seafood as far as animal protein goes as it is. This was just bloody awful. That’s why I had to go looking. I did what Kim (my late husband) would have said to do, went to my favorite tree, got very quiet in my mind, and the birds said head west. Then as I got to the top of the hill, the eagle said “don’t head west—if you don’t mind I’d like to eat those lambs” then I headed further west of course ignoring his/her advice, saw sheep or deer s**t, then for sure a few city blocks later saw a group of sheep hooves past where we can go by vehicle, then more blocks later that’s how I saw them on the ridge. So keeping the neighborhood posted. Actually for a pretty bad day, or rather chaotic day, which put off my plans preparing for a new floor on Monday, I met some very kind people and now I know they live near us, which is also cool. So that’s not as awful as it could have been.

OP: Most likely a deer poacher from the north west side of our property cut our pasture fence and then also rammed into the gate to said pasture with a vehicle breaking the hasp and the chain. Either that or in the night someone intentionally stole 65 head of sheep which is not an easy thing to do we shouldn’t think. So if you are a neighbor and you see our sheep please help us .

Stay in the know with Nextdoor, the neighborhood hub.

8 Lightning-Fast Vegetables For Your Fall GardenWritten by: Tricia Drevets Survival GardeningJuly 30, 20140 Print This ArticleImage source: grow-it-organically.comBetween weeding, watering and keeping garden pests at bay, you may be thinking that you’ve got all you can contend with to keep your spri…

Apparently Americans can be ridiculously vain...about strawberries. And peppers. And apples. And the waste is shocking!

Americans waste billions of pounds of crops a year based on how they look. But if the flavor and nutrition are the same or even better, why have we decided that lumpy tomatoes deserve to be thrown away, and only perfectly round ones sold? 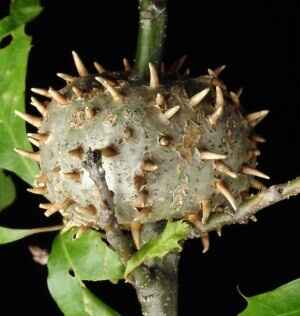 Here is some information about the galls and what to do about them: • Horned Oak Galls (Cynapid wasp galls) are more numerous in Pin Oaks and Shingle Oaks this year than ever before. We are not 100% why, but are speculating that the reason is due to the drought 2 years ago…trees were placed under st…

Evansville Day School's 2014 third grade class enjoyed being pioneers for a day! What a great group and not rained out this week. Have a great summer!

one for you cat people..

one for you cat people..

I can't say enough wonderful things about Nourished Kitchen and these other wonderful sites!

We've found the most imformative, entertaining, and enjoyable gardeners, farmers, and thinkers on Facebook. Do you know someone with a barn or large outbuilding, including metal-sided garages or pole barns? Perhaps they'd like a free barn owl nest box! Biologists are placing nest boxes throughout March at sites that currently have or recently have had barn owls.

The DNR is offering free barn owl nest boxes to help this state-endangered species. They give the owls a safe place to nest and improve their chances of successfully raising young. Contact Amy Kearns at [email protected] or (812) 849-4586 to request a nest box installation. Read more about barn owls in Indiana here: http://www.in.gov/dnr/fishwild/3382.htm

A zone-by-zone to do list for the month of February. There's so much to do to get ready for spring.

These wonderful photographs by Elena Shumilova plunge the viewer into a beautiful world that revolves around two boys and their adorable dog, cat, duckling and rabbit friends. Taking advantage of natural colors, weather conditions and her enchanting surroundings, the gifted Russian artist ...

Have a Merry Christmas, a blessed Yuletide season, and a happy 2014!

I hope you all had a wonderful Thanksgiving with your family and friends! Now it's time to get ready for the holidays! :) It's Black Friday weekend, and if you haven't found that perfect gift yet, come check out our newest items at Origami Owl! Click on my designer site at RobinBird.OrigamiOwl.com to view all the different and unique custom jewelry options. The living lockets, as both a necklace and now bracelet, tell your loved one's special story. Order now to receive by Christmas. If you have any questions, please contact me anytime! I'm happy to help. :) Wishing you a peaceful and happy holiday season! Love, Robin xoxo

Well in our not-so-expert opinions it's official. Our log cabins must be haunted because there are brand new locks on the doors that Kim keeps locking and we'll go there and the doors will be standing wide open! Now if only the ghosts could perform repairs or fund them :-/

Two weekends of major barn overhaul should = one great new home for 2 new Jenny donkeys and a baby bull! Happy Birthday Melissa G.! This time of year reminds me of fence sitting with you!

Molly gets to pretend to be the overlord of two young children today. Methinks we shall go blackberry picking... :)

We knew they'd made it in KY, and were on their way but not so soon--a reputable personal source informed us that she and her husband reported to a not-surprised Indiana DNR that they spotted a wild hog in the stripper pit woods between Elberfeld in Lynnville, Indiana. Be careful, and keep children and pets safe Northern Vanderbugh, Western Warrick county!

Be the first to know and let us send you an email when Arrowhead Farms, Lake Shawnee & the Log Cabin Village at Arrowhead Farms posts news and promotions. Your email address will not be used for any other purpose, and you can unsubscribe at any time. 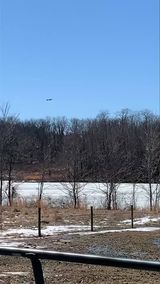 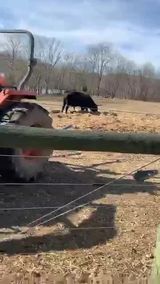 Other Farms in Evansville