Hi and welcome to our page. We are a business with a vested interest in organic waste management using nature's finest... the earthworm.

🪱🌿 School is in session!
For me, that means school gardens are trending once again. 🤪

Special thanks to Trinidad Earthworm Farm, Boissierre Greens for their contribution to soil health, plant health and the upcoming food blessings and education for the students at Chaguanas Government Primary School. 💚🙏🏽🌿

#YardMarket energy in their veins. 🙌🏽❤️

Boissierre Greens Earthworm Castings, 100% local from product to packaging!
Get yours at a store near you! #supportlocal
🎥: @ediblesweetheart

Did you know that these fantastic burrowing creatures are the living, breathing, engineers of the underworld, eating and recycling organic matter to keep our soil and plants healthy.
#wormcastings #SaveSoil #vermicompost #livingsoil #healthysoil

This is what a real soil CHAMPION looks like.

This morning as we collected grass for our compost piles we were saddened by the amount of garbage that is thrown at the side if the roads. Every citizen should take responsibility for the upkeep and beauty of our surroundings . Dispose of your waste in a responsible manner.

Get your Earthworm Castings in a store near you !

What are Earthworm Castings?

Boissierre Greens Earthworm Castings is 100% locally produced and manufactured in Trinidad. Get yours today! 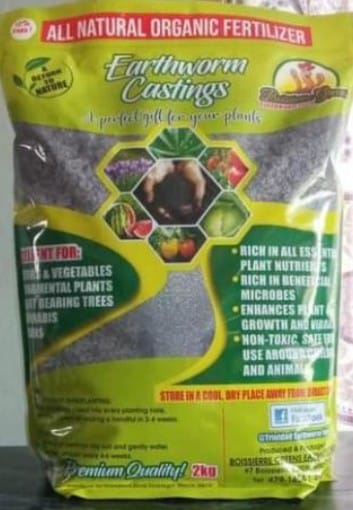 Every home with plants should have Boissierre Greens Earthworm castings. It's earth's original soil and plant fertilizer.

Get your Boissierre Greens Earthworm Castings

Boissierre Greens Earthworm Farm has embarked upon another program in collaboration with the recently commissioned Tobago Recycling Resource Initiative (TRRI) to manage organic waste on the island. A Commercial Compost project was launched in conjunction with the women of URP Tobago, on Monday 5.

The perfect gift for your plants Giving your tomatoes the best start

Rain water and Boissierre Greens Worm castings a perfect gift for all your plants! The #1 Soil Food in T&T! With over 11 years experience in the worm farming industry we at Boissierre Greens Earthworm Farm continue to lead the way!

Check out the Earthworm Farm on MCTV’s Green Corner

When you fertilize your soil with Boissierre Greens Earthworm castings you are choosing to eat healthy.
Keep improving the health of your Soil!

Feed your soil with Boissierre Greens Earthworm castings and taste the joy of healthy safe eating.

Feed all your container plants 🪴 with Boissierre Greens Earthworm Castings!

Boissierre Greens Earthworm Castings is a perfect gift for all your Plants.🌱🪴🌺

Home food is the best food

Feed your soil & plants with all natural WORM CASTINGS. Use less or no synthetic fertilizers today!

Be the first to know and let us send you an email when Trinidad Earthworm Farm, Boissierre Greens posts news and promotions. Your email address will not be used for any other purpose, and you can unsubscribe at any time. 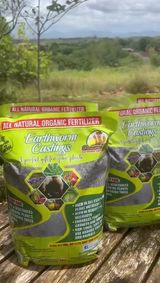 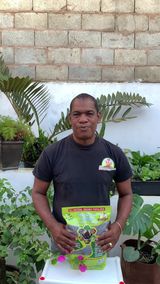 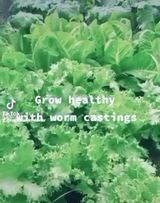 The perfect gift for your plants 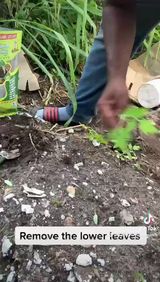 Giving your tomatoes the best start 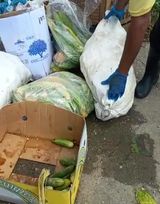 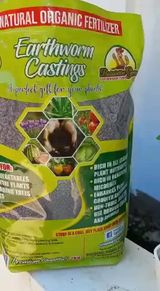 Home food is the best food

Healthy food = Healthy you & me 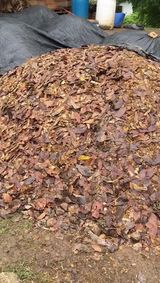 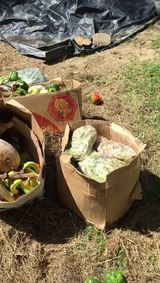 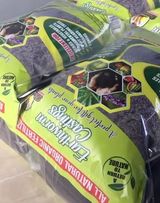 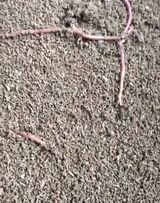 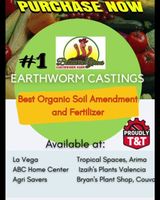 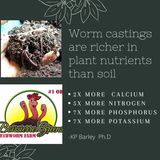 Perfect Gift For Your Plants! 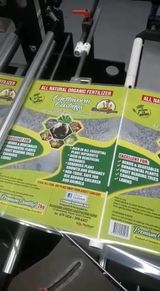 Today (Wednesday) to Friday are ideal days for cultivting the soil and prepare for planting in the new year! Get your copy of the T&T Moon Gardening Calendar 2017 to find out more! #MoonCalTT #Cultivate #Preparation #RingInTheNewYear #Planting #GetYourCopyToday
The Future of Climate Smart Agriculture... Partnering with our environment
Cleaning up disused industrial sites can be a hazardous line of work, however researchers in South America have found an ally in one of the most unlikely creatures on the planet: the earthworm. According to the last issue of International Journal of Global Environmental Issues, researchers believe that earthworms may be able to process “hazardous material containing high concentrations of heavy metal for the bioremediation of old industrial sites, landfill and other potentially hazardous areas.” Worms have long been used by gardeners to break down garden waste to create soil and fertilizer, but this is the first time that they are being used in industrial clean-up. According to lead chemist Lué Merú Marcó Parra of the Universidad Centro Occidental Lisandro Alvarado in Cabudare, Venezuela, he and his colleagues in Argentina belive that the common earthworm (also known as Eisenia fetida) would also be able to process hazardous solid and liquid wastes with high metal content. The team has already conducted two feasibility studies to see how the worms would react to breaking up materials of various toxicity. The first experiment saw the term use compost produced by worms, vermicompost, as a successful absorbent substrate for the remediation of waste water contaminated with the metals nickel, chromium, vanadium and lead. Meanwhile, a second experiment used earthworms directly for the remediation of arsenic and mercury present in landfill soils. In fact, the second team saw an efficiency of 42% to 72% in approximately two weeks for arsenic removal and 7.5% to 30.2% for mercury removal over the same time period. With the abundance of earthworms in all corners of the Earth, these little creatures could offer an inexpensive and effective way to clean up industrial toxins. The threat of industrial toxins contaminating water supplies has become a serious concern, especially with the increase in computers and other devices containing toxic metals being left in landfills. We’re hopeful that this natural remedy will provide an effective solution to this problem. + International Journal of Global Environmental Issues via Eureka Alert !