He rode Cliff's Dad's horse to a win in the 1966 NCHA Futurity. He certainly lived a full life. In the saddle until the end.

May you Rest In Peace Buster Welch. Thank you for all you have done for us, your wisdom will never be forgotten and your legacy will live on forever.......
Buster Welch (May 23, 1928), born near Sterling City, Texas, is a cutting horse trainer and inductee into the NCHA Members Hall of Fame, American Quarter Horse Hall of Fame, National Cutting Horse Association Riders Hall of Fame and Texas Cowboy Hall of Fame. Buster was chosen as the recipient of the 2012 National Golden Spur Award for his "outstanding contributions to the ranching and livestock industry".

I would like to welcome our new pet, mini bucking bull, Pecos! I thought Pete Copp needed something to ride around on lol. It’s Pam Cliff Peters fault because they found him lol

The beloved pony rides at the Fort Wayne Zoo will now be at Blackstone Ranch.

A family tradition...Pete Peters, Cliff Peters, Matt Peters, who will be next?

Start where you are.
Use what you have.
Do what you can.
#ThirdCutting

The Ohio Quarter Horse Association regretfully announces the cancellation of the 2020 All American Quarter Horse Congress, scheduled for September 29 - October 25. The uncertainty of the COVID-19 pandemic simply prevents safely moving forward in Columbus Ohio. The well-being of our workers, exhibitors and attendees is our highest priority and based on the information we have today, the risk is simply too great. Thank you for understanding this difficult decision.

“It is a sad day with the cancellation of the 2020 All American Quarter Horse Congress. Hearing all the concerns from the local and state health departments, and the CDC, it was the right decision to make to keep people safe and healthy,” said Dr. Scott Myers, CEO of the Ohio Quarter Horse Association. “It is disappointing to all who worked tirelessly in preparation for this year's Congress, and I want to personally thank you for your continued support. I look forward to the biggest and best Congress ever in 2021.”

Sincere thanks to the many loyal Congress sponsors, exhibitors and supporters. We are in this together, our industry is strong and rest assured, the Congress will be here in 2021. Details on moving forward and further updates will be available on quarterhorsecongress.com.

Looks like you can use this on human itches as well!😃... The powder would be great for the tail rubs going on now👍🐎

A portrait of a handsome man, Hall of Famer Freckles Playboy, the father of sons and daughters who have won more than $28 million in mostly NCHA earnings. Credit photographer Don Shugart with the shot. Happy Friday, all!

In a continuance of our state governments executive order to reduce all non-emergency elective or non-urgent invasive procedures Conley and Koontz Equine Hospital will be reducing our staffing and hours to emergency only immediately. We understand that there are many definitions of emergency appointments and encourage you to contact us to discuss your case with our doctors.
We will have staff answering phones remotely during our regular scheduled office hours. Our answering service will continue to operate a normal emergency hour phone service. We will continue to have veterinarians available 24 hours a day, 7 days a week. We will continue to have 24 hour hospital care.
We will continue to make medications and supplies available. We still have our online pharmacy and as always, you can call the office for any refill requests.
With supplies continuing to be sent to our human healthcare workers, we feel that we cannot continue to use PPE supplies and will continue to only offer emergency surgeries and emergency invasive procedures.
If you have any questions or concerns, please feel free to contact us at (877)499-9909.

I want Pam and Cliff to stay home! If they need anything between Matt and I and all the borders we can pick stuff up. Make sure whoever is going out there is making them follow the rules !! We need them to stay safe to take care of all the babies. 

Trying hard to be a mare this Monday! 💁🏻‍♀️🙃

This is "Mighty Good Promo" by Outpost Pictures on Vimeo, the home for high quality videos and the people who love them.

Be the first to know and let us send you an email when Willow Ranch Horse Boarding posts news and promotions. Your email address will not be used for any other purpose, and you can unsubscribe at any time. 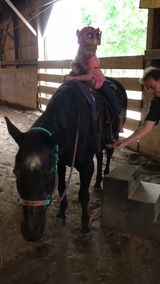 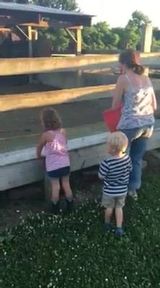 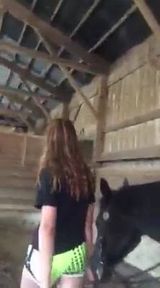 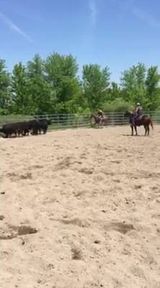 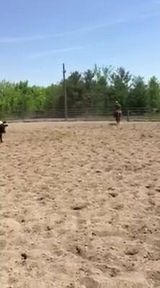