The Flakery Bakery, LLC is brining homemade cookies, cupcakes, cakes and more into your home. Please

Sugar skulls in time for Halloween 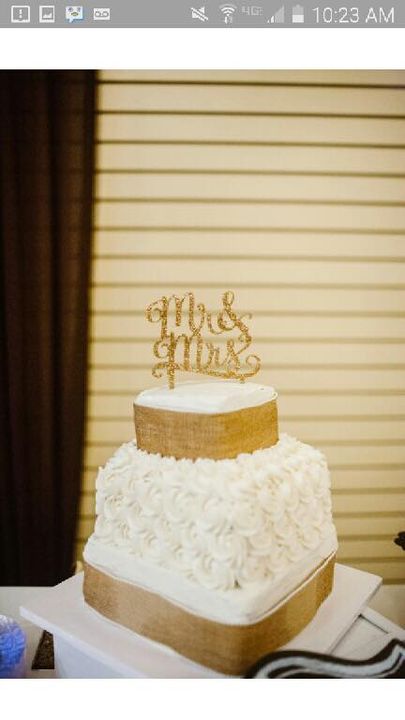 Good day everyone....I also wanted those who are on my page to know I also teach Wilton At Home cake class!!! We have opened two new classes, called fancy fondant cupcakes and decorating fabulous cupcakes! We are now offering three different classes through Wilton At Home that are fun, exciting and you get to learn decorating tips and ideas. If you are interested in setting up a date and time to host a class in your home or a facility close by, please contact me. I will answer any questions that you have!
Jason Korff, CWMI
608-209-2219

Check out my other page under Wilton at Home Cake Classes in Facebook.

Cake jars! Cake to take on the go!

Just completing the orders for tue!! Thank you all for your support

Baking my heart out! 7 dozen and counting. If interested in placing an order please have it in by Monday. Thank you all for your support!

Price list so far and more to be added. Please ask if you have any questions. Thanks

Welcome to my page! Why The Flakery Bakery? What a catchy name and my goal is to bring back homemade sweets that you can't find in any large box store(s). Don't you miss the taste of great homemade sweets? I know I do! I have been in the bakery business for 15 years - 8 of those were spent in a commercial bakery as a manager. Once I left, I still had this passion to bake and decorate. I began doing it for family and friends and just decided to go for it and post my page after buying into my LLC. I spent the last two years, working Part time as a WMI ( Wilton Cake Method Instructor), teaching as well as learning more skills and techniques. Please contact me with any questions. You can also reach me at [email protected]

It's that time to think of the one you love. Valentines Day is approaching soon. Take a look at a few of the pictures I posted. A Cookie Bouquet would be a great gift to say I love you!!

Thank you for checking out my page! More to come. I take special orders and do my best to accommodate all. Please give me a two week notice on orders. Any questions, please let me know.

Be the first to know and let us send you an email when The Flakery Bakery, LLC posts news and promotions. Your email address will not be used for any other purpose, and you can unsubscribe at any time.

Other Food/Beverages in Madison

The 24th Annual Battle of the Brews featured about 130 breweries, restaurants, and food vendors. We had a BJCP-certified beer competition, judged food and barbeque competitions, and People's Choice award winners that YOU voted for. In cased you missed the announcements of the winners during the event, here they are! Each winner received a Battle of the Brews trophy. Congrats to the winners and thanks to all of the businesses who brought beer and food to make the event a success.

Other Food/Beverages in Madison (show all)