Since 1991, we have been distributing the highest quality products from around the world. Under our banner we represent major international brands so everyone can enjoy these gourmet foods! We have earned our reputation as one of the premier distributors of the world’s finest imported specialty foods through our excellence. Each product is selected and displayed on our website for your convenience

Since 1991, we have been distributing the highest quality products from around the world. Under our banner we represent major international brands so everyone can enjoy these gourmet foods! We have earned our reputation as one of the premier distributors of the world’s finest imported specialty foods through our excellence. Each product is selected and displayed on our website for your convenience

The best addition to your beverage this summer!! This syrup is made without preservatives or artificial flavorings. Simply add to your cold drinks for a refreshing flavor🍹 https://uocfood.com/shop/ols/products/teisseire-blackcurrant-syrup-6203oz

The perfect summer treat ☀️ Try this flavor, along with many others, in your next dessert! 🍓https://uocfood.com/shop/ols/products/bonne-maman-raspberry-mix-packets-10005oz

Snack attack? Check out our web site at uocfood.com for some delicious options 🍓🥖

When life gives you Napoleon Lemon Sours, you use them to cleanse your palate!! This well-known, yellow, sweet treat is made with a lemon-acid core, imported from Belgium 🍋 https://uocfood.com/shop/ols/products/napoleon-bulk-lemon-sours-28lbs

Salad, vegetables, fruit, meat, fish, and poultry could all use this upgrade! This western, high-class version of an oriental sweet and sour sauce is known as Crema Di Balsamico. Try this reduction today! https://uocfood.com/shop/ols/products/balsamic-cream-6169oz

No need to be in a jam, Bonne Maman's got you covered! Made with real fruit and no high fructose corn syrup, this condiment is surely a fan favorite. Squeeze and spread any three of these sweet flavors on your next bread or pastry🍯🍓https://uocfood.com/shop/ols/products/bonne-maman-raspberry-mix-packets-10005oz

No need to be in a jam, Bonne Maman's got you covered! Made with real fruit and no high fructose corn syrup, this condiment is surely a fan favorite. Squeeze and spread any three of these sweet flavors on your next bread or pastry🍯🍓https://uocfood.com/shop/ols/products/bonne-maman-raspberry-mix-packets-10005oz

Chocolate and this filling are MINT-to-be! This refreshing combination of chocolate and peppermint is the perfect way to treat yourself or your loved ones🍫https://uocfood.com/shop/ols/products/fazermint-chocolate-creams-box-1253-oz

"The star of tinned pâtés!" This product's recipe has not changed in over one hundred years and it does not have to. Try this pork gourmet pâté today! 🥩https://uocfood.com/shop/ols/products/henaff-french-pork-pate-1254oz

Francine Wheat Flour is perfect for your next confection! Dust off your cookbook and use this easy to work with flour from France!🥖https://uocfood.com/shop/ols/products/francine-wheat-flour-1022-lb

This classic caramel lollipop has been Pierrot Gourmand's signature candy since 1924! Made with all-natural ingredients, enjoy these melt-in-your-mouth pops😋https://uocfood.com/shop/ols/products/pierrot-gourmand-lollipop-caramel-1246oz

Take a look at the superior quality gourmet products that we offer for true gourmands, at United Overseas Food Corp. With major brands represented under our banner, we have built a reputation as one of the premier distributors of the finest high quality imported Specialty Foods for the retail trade. Two of our many tasty Loacker products! These light and crispy wafers are filled with creamy, decadent hazelnut filling 🍫https://uocfood.com/shop/ols/products/loacker-gran-pasticceria-tortina-125g-x-12-original 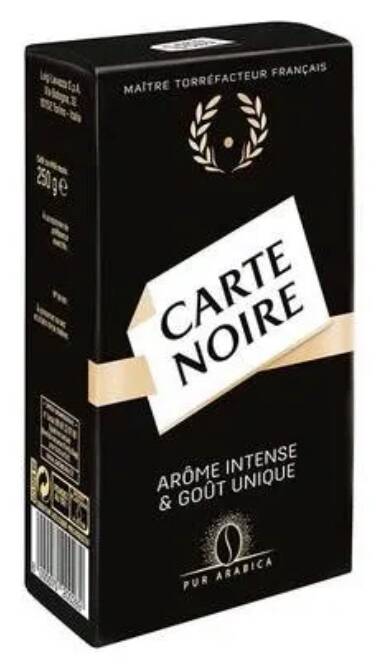 Wake up and smell the Carte Noire! This French classic is known for its hearty aroma and is made from carefully roasted Arabica coffee beans ☕️
https://uocfood.com/shop/ols/products/carte-noire-ground-coffee-688oz

Choc it out! Cote D'or's melt in your mouth milk chocolate is perfect for sharing with friends or adding it to your cup of coffee🍫 https://uocfood.com/shop/ols/products/cote-dor-mignonettes-milk-gift-box-12x84oz

Siljans Croustades Crispy Shells make for the perfect Hors D'oeuvre or snack! These edible, wafer-thin cups are a great base for some tasty Crab Cakes🦀https://uocfood.com/shop/ols/products/siljans-croustades-crispy-shells-614oz

Each tin of Velamints holds wonderful and refreshing flavored mints! These sugar-free packs are sold on our site in Coconut Lime🥥, Blood Orange🍊, and Mango🥭https://uocfood.com/shop/ols/categories/hard-candies--lollipops

You MUST try Pommery Meaux Mustard! With a slightly nutty flavor, this delicious all-natural mustard is used by restaurants worldwide 🌍

Leksands Crispbread can be topped with almost anything and eaten for any meal! Try this crispbread as a tasty base for your next pizza night and it will not disappoint👌🏻https://uocfood.com/shop/ols/products/leksands-crispbread-rounds-1114oz

Here's a little encourage-mint to purchase these delicious candies in tins or bags today🍬 https://uocfood.com/shop/ols/products/anis-de-flavigny-anise-bags-1088oz

A chocolate dream🍫Try Nestlé Dessert Baking Chocolate in your next confection! Also, check out our Instagram @unitedoverseasfoodcorp https://uocfood.com/shop/ols/products/xn-nestl-dessert-baking-chocolate-52-107-fsd2oz

We love Bonne Maman preserves and jellies BERRY much🍓 These fruit spreads are naturally sweet and the perfect ingredient for any of your favorite recipes!! Shop today to taste these treats! https://uocfood.com/shop?olsPage=t%2Fbonne-maman-preserves--honey

In case you missed it: here's a wrap-up of everything that happened at the 2019 Summer Fancy Food Show in New York City. Check out the Specialty Food Associa...

A new report by Packaged Facts finds surging fluidity for mealtimes and snacking.

Drinking coffee, even 25 cups a day, not bad for your heart, new study says

A new study published Monday states that coffee isn't as bad for the human heart as previously thought.

Our new website is now live!!!
Please visit us at www.uocfood.com

The James Beard Foundation has announced its 2019 Award winners. The Best New Restaurant was Frenchette of New York City, while Outstanding Restaurant was presented to Zahav of Philadelphia.

The James Beard Foundation has announced its list of Restaurant and Chef Award semifinalists in advance of the 29th annual James Beard Awards. Best new restaurant candidates include Chickadee in Boston, Majordomo in Los Angeles, The Elysian Bar in New Orleans, and Larder Delicatessen in Cleveland. Outstanding chef semifinalists feature Renee Erickson of Bateau in Seattle, Margot McCormack of Margot Café & Bar in Nashville, Maricel Presilla of Cucharamama in Hoboken, N.J., and Gabriel Rucker of Le Pigeon in Portland, Ore.

The outstanding restaurant category includes Balthazar in New York City, Nopa in San Francisco, Park's BBQ in Los Angeles, Restaurant Alma in Minneapolis, Sagami in Collingswood, N.J., and Zahav in Philadelphia. The 2019 James Beard Awards will be given out at a gala in Chicago on May 6, hosted by Choose Chicago and the Illinois Restaurant Association.

Meanwhile, Grubhub is partnering with the James Beard Foundation to expand its RestaurantHER initiative. Grubhub has added thousands of women-led restaurants to its RestaurantHER map, and throughout March, Grubhub diners can round up their order to the nearest dollar and donate the difference to Women's Leadership Programs, which is provided by the James Beard Foundation.

Wine Could Soon Come in Flat Bottles
Wine may soon be distributed in flat plastic bottles, in an effort that could reduce carbon emissions and costs in the industry's supply chain, reports The Guardian. The flat bottles are an alternative to the glass model that remains unchanged since the 19th century. The global wine industry is estimated to use more than 35 billion glass bottles a year and transportation involves large volumes of unused airspace.

Garçon Wines, which launched in 2017, claims its bottle was the first that could be mailed through a letterbox. Until now it was only used for novelty gifts, but the company said it was in talks with wine manufacturers and suppliers about producing the bottles on a larger scale.

Made from recycled materials, the bottle has a plastic cap, making recycling easier. It takes up 40 percent less space and is 87 percent lighter than conventional bottles. The company's carton for 10 flat bottles would hold only four glass bottles of the same volume.

Israeli Startups Lead the Way in Lab-Grown Meat
Several Israeli startups are trying to develop lab-grown meat, aided by the government's financing of a $25 million food tech incubator, reports The State. Future Meat Technologies and SuperMeat are combining animal cells and plant proteins as a potential alternative to processed meats, while Aleph Farms is producing a lab-grown "minute steak" made from bovine cells that closely resembles the texture and flavor of traditional steak.

Israel is quickly becoming "the leader in the space, or side-by-side with Silicon Valley," says Alex Shirazi, co-founder of the Cultured Meat and Future Food podcast and a founder of the Cultured Meat Symposium. Israel has a thriving high-tech scene, so the pursuit of lab-grown meat was a natural avenue for its entrepreneurs, experts say. In addition, several prominent Orthodox rabbis have already expressed approval for lab-grown meat being kosher, and some rabbis have even said cultured meat could be consumed as a cheeseburger — a combination of meat and milk otherwise forbidden in Jewish tradition

Looking for a new and cool SATCHELS AND ACCESSORIES
Look no further at www.uocfood.com

Be the first to know and let us send you an email when United Overseas Food Corp. posts news and promotions. Your email address will not be used for any other purpose, and you can unsubscribe at any time.

Other Food/Beverages in New Holland