We grow fresh, organic produce, and have egg laying chickens.

This is one for the weird vegetable contest.

Yesterday's market was awesome! We were sold out of everything but a few fresh herbs by 10:30 am. Made me wish we had twice as much stuff.

The first Community Market in Laurel went well. We had lots of customers, both new and old.
We would love to see many more there and there's lots of room for more vendors.

We will be at the Billings Market on Saturday also.

Don’t be bewildered by the pressure-canning process any longer. We unveil the process so you can move past your fears and put up home-preserved food.

The Complete Guide to Growing Tomatoes in Containers

The Complete Guide to Growing Tomatoes in Containers

Ever wondered how you can enjoy delicious, homegrown tomatoes without a sprawling garden? The unruly nature of tomato bushes and vines might seem hard to contain. But they can be contained. In fact…

1998: The year Biotech launched its war on science. Arpad Pusztai, an impeccably qualified scientist & a previous supporter of GMOs, received a grant to develop standard animal feeding trial testing methods to assess possible toxicological effects arising from the GE plant transformation process. The rats fed the GE potatoes in his feeding study developed organ damage, immune defects and other health problems. He found it was the actual process of genetic engineering that was the problem. Dr. Pusztai's response to the study finding was to say... "If I had the choice, I would certainly not eat it. I find it's very unfair to use our fellow citizens as guinea pigs." Dr. Pusztai was treated like a hero in the media...for one day. The very next day after his TV interview, he was fired from his position at his research institute, humiliated, discredited, and legally silenced. Biotech's anti-science campaign continues to this day. Feel like eating one of those Simplot GMO non-bruising potatoes that the USDA just approved? 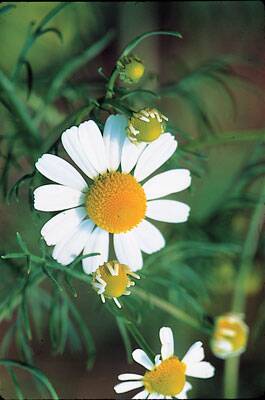 We have herbal remedies at our fingertips during a season in which maladies abound.

Genetically Modified Organisms (referred to as GM or GMO) are found in up to 80% of the food sold in American supermarkets. GM plants are much more common than many people realize too. Here is a list of the 10 most common GMO foods so you can be more aware while grocery shopping.

Garlic does more than just invigorate your palate and ward off vampires; it’s also a smelly superfood health aid. The spice is a highly nutritious vegetable with very few calories, containing trace amounts of other nutrients that contribute to its un

Alzheimer’s — A Disease Fed by Sugar

Alzheimer’s — A Disease Fed by Sugar

As of 2013, 5.2 million Americans had been diagnosed with Alzheimer’s disease, a severe form of dementia, and Alzheimer’s diagnoses are projected to triple by 2050. The good news is that your lifestyle choices such as diet, exercise, and sleep can have a significant impact on your risk.

Sometimes you just need a good snack in between meals or a small plate to serve to guests. When people think of snacks, they...

Call & write to your Senator and tell them to reject the "Safe and Accurate Food Labeling Act of 2015" - better known as the DARK Act (Deny Americans the Right to Know). This bill doesn't promote safety or accuracy - just the opposite. It will outlaw mandatory GMO labeling. Tell them to vote YES on S.511 (the Genetically Engineered Food Right-to-Know Act). And point your Senator to this article: http://www.nejm.org/doi/full/10.1056/NEJMp1505660

EXCERPT:
"...the application of biotechnology to agriculture has been rapid and aggressive. The vast majority of the corn and soybeans grown in the United States are now genetically engineered. Foods produced from GM crops have become ubiquitous. And unlike regulatory bodies in 64 other countries, the Food and Drug Administration (FDA) does not require labeling of GM foods.

Two recent developments are dramatically changing the GMO landscape. First, there have been sharp increases in the amounts and numbers of chemical herbicides applied to GM crops, and still further increases - the largest in a generation - are scheduled to occur in the next few years. Second, the International Agency for Research on Cancer (IARC) has classified glyphosate, the herbicide most widely used on GM crops, as a “probable human carcinogen” and classified a second herbicide, 2,4-dichlorophenoxyacetic acid (2,4-D), as a “possible human carcinogen.

...we believe the time has come to revisit the United States' reluctance to label GM foods. Labeling will deliver multiple benefits. It is essential for tracking emergence of novel food allergies and assessing effects of chemical herbicides applied to GM crops. It would respect the wishes of a growing number of consumers who insist they have a right to know what foods they are buying and how they were produced. And the argument that there is nothing new about genetic rearrangement misses the point that GM crops are now the agricultural products most heavily treated with herbicides and that two of these herbicides may pose risks of cancer. We hope, in light of this new information, that the FDA will reconsider labeling of GM foods and couple it with adequately funded, long-term postmarketing surveillance." - Philip J. Landrigan, M.D., and Charles Benbrook, Ph.D.

Putting the Garden to Bed: The Old Farmer's Almanac

Putting the Garden to Bed: The Old Farmer's Almanac

Tips on how to put the garden to bed and fall gardening cleanup from The Old Farmer's Almanac.

Can You Spot the Best Part of This Photo?

Can You Spot the Best Part of This Photo?

6 Of the Most Sickeningly Sweet Fall Drinks, and How Much Sugar They Contain

6 Of the Most Sickeningly Sweet Fall Drinks, and How Much Sugar They Contain

How to Solve 7 Home Problems Naturally

How to Solve 7 Home Problems Naturally

From laundry stains to ants in the kitchen, these common household problems can be solved without resorting to harsh chemicals.

Celebrate the bounty of the farmers' market with these late fall recipes.

27 Things You Can Do With Apples - Survival Mom

27 Things You Can Do With Apples - Survival Mom

If you have apples, here is a list of 27 yummy things you can do with apples, from a delicious kuchen to apple fruit leather!

Rabbits are an efficient, productive protein source that can be raised on properties of all sizes. Here’s why you should considering keeping them.

Almost too Beautiful to Eat. ALMOST!

Canning Green Beans with a pressure canner not a water bath canner.

Canning Green Beans with a pressure canner not a water bath canner.

Canning green beans the safe way. Use a pressure canner. Learn why a water bath is not safe.

Why Magnesium is the Most Powerful Relaxation Mineral Known to Man

Why Magnesium is the Most Powerful Relaxation Mineral Known to Man

A DEFICIENCY IN THIS CRITICAL nutrient makes you twice as likely to die as other people, according to a study published in The Journal...

Use an herbal elixir to keep your immune system functioning optimally throughout the winter.

Keep Mashed Potato Pancakes in mind when you wake up the morning after that fried chicken meal.

One program is trying to make sure it does.

Be the first to know and let us send you an email when Easterwood Family Gardens posts news and promotions. Your email address will not be used for any other purpose, and you can unsubscribe at any time.

Other Farms in Okeechobee