Felger Stables is a small equine facility about 20 minutes south of Fort Wayne, Indiana. We offer boarding, leasing and lessons.

So much fun, so many laughs, and allllllll the shopping!! Can't wait to go back! 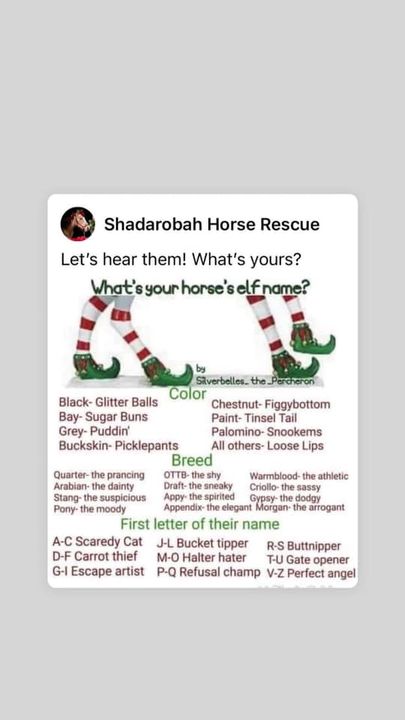 There are so many!

It was a beautiful day to be with this crew at the barn!!

Birthday parties are always so much fun!

Tucker got a good shedding session... sad thing, you can’t even tell. He is the furriest horse on the planet! Thanks for letting us use your shedding tool Maddie!

Our auction is tomorrow. Please share and bring a friend. Can’t wait to see everyone.

Faith wants to say Mare-y Christmas to all and to all a mare stare!!!

Heaven gained a glitter angel pony today. Rest In Peace Mandy Pony! You were the perfect pony for this little girl. Thank you for loving her so well. Can’t thank you enough for all you taught her, how kind you were to all of my kiddos, and how well you loved all of us. You left a trail of glitter on your way to heaven!

Some Saturday pics around the barn!

I was at the university a few days ago working on a draft horse who came out of sedation just long enough to kick me through a stall door. So, I’m taking today off to both feel sorry for myself and to draft out my experiences as a moving target.

Even when you work on very well trained and gentle horses, getting kicked is somewhat of an occupational hazard as a farrier. Sometimes it’s out of fear or pain, sometimes it’s by mistake, and on occasion even good horses have bad days. Whatever the reason, the resulting world of hurt for us comparatively soft and squishy monkeys is the same. However, just how badly one is injured can depend a lot on the conviction and breed of the offending (or offended) critter.

The breed voted most likely to knock you across the aisle way in high school would be the American thoroughbred. Like most things in Europe, the European thoroughbreds seem to have a more level head about them. Much like myself, the American TB (especially the on-track race horse) is a rather high strung critter whose environment has made them prone to both panicked flight and personal injury. When they kick it’s powerful, wildly unpredictable, but accurate, and always followed by the snapping of the cross ties as they gallop to perceived safety screaming “I’m a racehorse! I am a racehorse!” as they disappear down the driveway.

Next on the list of crazies is the Arabian horse, especially the Egyptians. It’s my theory that their small dished heads compress their brains, making them prone to hallucinations. The larger the dish, the more likely they are to mistake a blowing leaf for a horse-eating dragon. When they kick it’s completely unpredictable, light, but deadly fast. The Arab will also gallop to safety, but that’s likely 50 or more miles away. Also, one should be aware that when the leaf monster presents itself the Arabian has the ability to to teleport its way to safety.

The American Quarter Horse is the labrador of the equine industry. They are cool tempered and unexcitable. Snakes, rogue cows, or even that mounted migrant worker commonly known as a cowboy shooting off their backs rarely gets them to raise more than an eyebrow. If you do managed to get kicked by one of these guys you (or someone they felt very strongly about) likely deserved it. Unlike Arabs or thoroughbreds, when they kick something they meant to do it. While they might not be as fast as their caffeinated cousins their blows come down with the accuracy and might of Thor’s hammer. They always accompany their mighty blows with a inquisitive yet judgmental expression to suggest “did you learn something today?”

Draft horses are best described as gentle giants. They are kind, forgiving and dumb as a box of rocks. If you are unlucky enough to be walloped by one of these tanks it’s likely because they forgot you were there. What the draft horse lacks in conviction they make up for in brute force. Accuracy and speed doesn’t really matter that much when dropping nuclear warheads.

Ponies… I am convinced the Four Horsemen of the Apocalypse will be charging in on the burning fury of pony hooves. It really doesn’t matter what you did or didn’t do, ponies will kick simply because they can. They are a weapon of equal opportunity. What they lack in brute force they make up for in quantity. So much quantity…

Donkeys/mules are not horses, and they will be sure to remind you of that fact should you forget. They are even tempered, but unforgiving. It doesn’t take a very big donkey to carry a grudge. When they feel you are deserving of capital punishment they have no qualms about dishing out. They are the ninja snipers of the equine world. One shot, one kill is the donkey’s motto. If one of Hell’s own minions fires a shot at you and misses it was only a warning. When they strike their hooves rip the very fabric of time and space to arrive faster than the speed of light.

(Please understand that not every Arabian is crazy and not every draft horse is dumb. These are lighthearted stereotypes that come from my personal observations and experiences gathered over my 12 years standing behind the anvil. I know they will not be true of every horse. )

Some of the best times in the barn are just pony time with a new friend! Pretty sure Pony took a nap while they were chattering!

Anyone need a Moose hair rug!! So much hair coming off of all of them!

It’s that time of year! Horses are shedding like crazy! Spring is coming!! 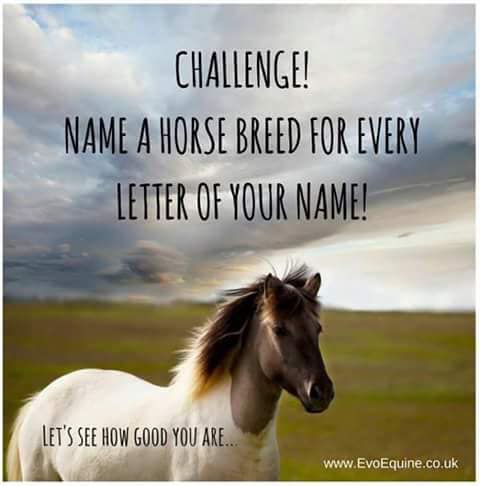 No holiday party would be complete without a pony decorating contest! Thanks to everyone who came! It was a great time!

After being rehabbed from a rescue situation Tess is now looking for her forever home! She is 20ish years old. She has been ridden by kids as young as 6 but would probably do better with an older teen or adult as she needs to build trust with someone. She would probably like to be a 1 person horse. She is great on trails and on the road. She direct reins and moves well off of leg pressure. She is UTD on vacc., teeth, farrier. Just want to find her a special person who will love her and build her trust. PM for more details.

Be the first to know and let us send you an email when Felger Stables posts news and promotions. Your email address will not be used for any other purpose, and you can unsubscribe at any time.

Send a message to Felger Stables: