All products are handmade in Clearwater, FL and only the freshest ingredients are used.

Having fun with Brandy Cherry Clafoutis

Pastry Chefs,
Things are tight, quality products in small quantities are tough to come by.
Contact me!
I am formulating a chefs coop kinda thing for us that need quality products but don’t want to have to purchase a case at a time. 😋

Fruits of the Gods
Chocolate like Wine has it’s own “note” depending on its terroir
El Salvador: has intense fruity (blueberry) notes followed by a soft nutty flavor with delicate floral notes at the end.
Nicaragua : deep cocoa body with subtle notes of flowers and brown fruits like dates & tamarind. Noticeable tannins with a creamy body.
Honduras : walnut, elderberry, gruyere . A smooth, strong, . complex flavor with notes of Dark fruits, and a hint of spice
Madagascar : Bright and tart citrus fruit intermingled with underripe berries and a dash of spice enveloping a smooth rich chocolate.
Bolivian : Aroma of citrus fruit. A sweetness resembling a melange of prunes and rum, with a vanilla note. A pleasant tropical fruit acidity and a long-lasting finish.
Venezuelan: The high percentage of cacao provides Maracaibo 88% with an intensive flavor experience. The strong cacao taste is pleasantly supplemented through a licorice note which then transfers into a roasted coffee flavor rounded by a hint of prune. A black tea note accompanies the slow and intensive finish.
Ecuador: The intensity of this rarified Forastero varietal produces a nuttiness and flavors of roasted stone fruit, to***co and tea tannins balanced with mild astringency and a soft acid finish. Floral notes with hints of dried cherries and banana amidst a deep chocolate base.
Grenada: A bouquet of an aroma of dried fruit coupled with plum and apricot notes. Clean with a very early upfront browned fruit-date note with moderate chocolate tones and mild fruit acidity. Under ripe apricot and young guava lead with a long-lasting smooth chocolate finish
* Cocoa Fruit 100% Natural Koa Cacao Fruit Juice is made from the colorful cocoa fruit that is grown and harvested in the rainforest in the middle of Ghana. The silky soft rich character of the Koa Cacao Fruit Juice not only has a unique flavor which is 100%natural but also has a great social and ecological impact. The Cocoa mass 75%Bolivian cacao content forms the basis of the new taste experience, supplemented with cocoa fruit juice Felchlin combines the cocoa fruit juice with Bolivian cocoa beans to create the couverture. The unique and rare wild c

Chocolate was one of the most desired foods of Mesoamerica and was consumed by the Olmec, Maya, and Aztec civilizations, amongst others. Its consumption even spread via trade routes to other parts of the Americas including the Chaco in modern New Mexico. The earliest known use of chocolate was by the Olmec around 1900 BCE and, enjoyed as a drink, it was drunk from special round jars known as tecomates. The Maya used tall cylinder beakers for drinking chocolate, and these very often had text on the rim indicating their intended use. The Aztecs also had richly decorated tall cups specifically reserved for chocolate drinks. It may be that such conspicuous vessels were designed to impress onlookers that the drinker had the means and status to enjoy such a prized drink.
Chocolate is made from the beans of cacao pods from the Theobroma cacao tree (actually native to South America) which was first cultivated in extensive orchards near the Pacific and Gulf coasts of central America, especially in the Xoconusco region and the valleys of the Sarstoon, Polochic, and Motagua Rivers (modern Guatemala and Belize), where the tree thrives in the warm and humid climate. There were, in fact, four varieties of cacao bean or cacahuatl, as the Aztecs knew them, and the corruption of this word or their term for the chocolate drink - xocolatl - is probably the origin of the word chocolate.
So esteemed was chocolate that beans were a commonly traded item, very often demanded as tribute from subject tribes and even used as a form of currency by the Aztecs. In fact, cacao beans were so valuable that they were even counterfeited either to pass as currency or, even more fiendishly, hollowed out of their valuable interior and re-filled with a substitute such as sand. As a currency, we know that in the Aztec markets one cacao bean could buy you a single tomato, 30 beans got you a rabbit and, for the more ambitious shopper, a turkey could be had for 200 beans. 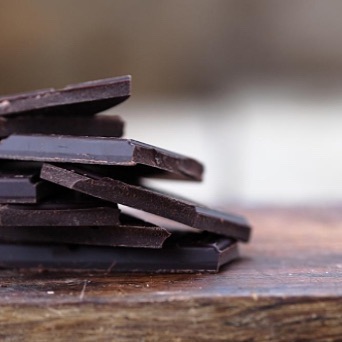 Single-origin chocolate is a simple idea. It’s chocolate that’s made from one variety of cacao harvested in one region. Why does this matter? Well, cacao is a plant. Like other plants, its beans take on the characteristics of the region where it’s grown—its terroir. Many terms used to describe single-origin chocolate will be familiar to wine lovers—earthy, floral, herbal and berry, to name a few.
When cacao is blended, the effect of terroir is lost. That doesn’t mean that blended chocolates are not as good. In fact, blends are used by some of the world’s finest chocolatiers. Maggie (Prittie’s Chocolat) prefers the distinct flavors of single-origin chocolates, but I do use some blends, too. For chocolatiers, the alchemy comes in finding that perfect chocolate to make a flavor come to life, whether it’s a blend or single-origin. That’s part of the challenge and the discovery.
Better awareness of chocolate source
Using single-origin chocolate often makes it simpler to trace the cacao’s source. While Maggie doesn’t insist on Fair Trade certification, which can be too expensive for most small growers and no guarantee of quality, I do my best to determine that farmers are using sustainable practices and are paid well for their crops. To that end, I carefully select my chocolate sources.
Similarly, organic certification is no guarantee of quality flavor and costly for farmers. It’s also largely a non-issue for cacao. About 80% of the world’s chocolate is organic by default—most farmers can’t afford chemical applications and it’s not efficient for the crop.
Cacao percentage indicates amount of pure chocolate
When discussing dark chocolate, cacao percentage is often mentioned. A bar of unadulterated cocoa mass would have a 100% label, but it would taste extremely bitter. Sugar is added to make chocolate more palatable. The amount of pure cacao determines the cacao percentage. For example, if you have a bar labeled 70% and the bar is 100 grams, 70 grams are pure cacao (cocoa mass and cocoa butter) and 30 grams are sugar. Typically, quality dark chocolate ranges from 50 to 85% in cacao percentage.
A quick rule of thumb: The higher the cacao perc

Meet the “Fruit of the Gods” farmers

Come and Taste, Criollo, Trinitario & Forestero! What are these? Come and find out!!!

Prittie Nuts & Ariel Pierre Chocolates at Prittie's Cocoa Café updated their info in the about section.

Prittie Nuts & Ariel Pierre Chocolates at Prittie's Cocoa Café updated their info in the about section.

Putting my cookbook together ! Need recipes from all whom have used my coatings. Please share!!! Let me know if it is ok to use your name, photo, and comments.

Learn more about Chocolate /cocoa, Recipes and Just Fun FYI's
Go to my website and sign up for my New Newsletter!
There is something Sweet for All

See These little gems? Tomorrow they will bath in chocolate and sit upon a throne of caramel!

Isn't there a "Golf Day"?
Chocolates Should Be the Gift For Every Occasion

Be Creative, Buy 2 get the 3rd Free

Be the first to know and let us send you an email when Prittie Nuts & Ariel Pierre Chocolates at Prittie's Cocoa Café posts news and promotions. Your email address will not be used for any other purpose, and you can unsubscribe at any time. 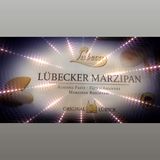 Other Food Wholesalers in (show all)