Earth shattering Flavor made so easy! Use my spice mixes and hot sauces to create the best food you Shop Local. Store Locator page is here. https://shop.ricorlando.com/pages/store-locator-support-local-shops

Fun at the Long Island Welcome Center… link to buy in bio. Blessed! In god we trust and all that other good stuff. Enjoy the BBQ. Thanks, Father. Taste New York

Fun at the Long Island Welcome Center… Blessed! In god we trust and all that other good stuff. Enjoy the BBQ. Thanks, Father. Taste New York

Got some Off the menu goodies atvtge Saugerties farmers market Saturday

I’ve got the goods for Summer cooking. HTTPS://shop.ricorlando.com

I love when my sauces are in the tables of restaurants I love. Oriole 9, Woodstock.

Get Ric-ter Scale brand sauces and Flavor Maker Spices at the best Local Shops in the Hudson Valley, Berkshires and Albany-Saratoga area

The Purple Haze Love is on FIRE! https://youtu.be/EB1fq6Sm9MU

We take a turn with Purple Haze Hot Sauce! How big is the flavor? How well balanced is the heat? How usable is this sauce? We break it all down in three minu...

Rumor has it that while in NYC the amazing Megan Thee Stallion was hooked up with my Purple Haze and Dirty Blonde Hot Sauces! Yes, I supply stars!

There ya go. Breakfast is served. Link to store in bio.

If you have a shop that would like to sell some amazingly fun and delicious products that I make, you can find them on faire 

Increase your sales on Faire, the online wholesale marketplace.

My Kesh seasoning makes the best lamb ever! Really! My rubs make it so easy!

My seasonings and sauces are stocked in
A slew of Price Chopper stores for your shopping convenience. Visit my store locator

If you’re wondering what we see on my Sicily tours, check out the slideshow   https://youtu.be/X44UTvfaLjw

And hot dogs too

Welcome to the seventh episode of PUT CIDER IN IT!This past summer, we teamed up with Chef Ric Orlando to create our Signature Cider BBQ Sauce and our Ginger...

Ric’s Orlando’s BEST seasonings and sauces… when it’s Time to clean up the deck and get that grill fired up.

Thanks for the shout out!

Ric has his own line of spices and sauces which you can find here in the Hudson Valley and beyond.

Thanks Al Buddha Goldberg For naming Purple Haze product of the year for 2021.

******THIS VIDEO/STREAM IS IN COMPLIANCE WITH ALL YOUTUBE COMMUNITY GUIDELINES******To get THIS sauce:https://shop.ricorlando.com/To get your 6 Hot Balls, Tu...

Shop owners DYK my entire line is on sale on Faire.com? Stock up for summer now!

July in January Cooking class at different drummers kitchen last night. Dead of January calls for some Caribbean food IMO. This is griot with pikliz on cou cou. (Google that!) And a bottle of my Trini Daddy hot sauce… Yea, baby

Let’s get serious. DOC Sicilian white are the bomb.

Warm your winter kitchen!!! My house smells magical! Here is a recipe. Add chicken or fish or lamb if you desire https://ricorlandobrand.blogspot.com/2021/11/winter-squash-and-chick-pea-tagine.html?m=1

Review us on Google

How many of you received some of my products as a gift this Holiday season? Tell the world what you think by dropping us a review!

Give the gift of DELICIOUS! You love my Flavors! Now you can share them with friends and family with a Ric Orlando's BEST Digital Gift Card. Show your loved ones you care about their taste buds! Thanks for sharing my flavor!

Just in case you are in need of that last minute gift- we have online gift cards available. Easy! https://shop.ricorlando.com/collections/gift-cards/products/ric-orlandos-best-gift-cards-hot-sauce-seasonings-and-more

Give the gift of DELICIOUS! You love my Flavors! Now you can share them with friends and family with a Ric Orlando's BEST Digital Gift Card. Show your loved ones you care about their taste buds! Thanks for sharing my flavor!

Small business shout to my pals at Woodstock Meats. They carry my entire line and lots of other delicious and local goodies. Shop locally http://www.woodstockmeats.com

Trini Daddy Caribbean Hot Mustard Sauce / 8.35 oz medicine bottle Back in the day, long before the internet, I met a Trinidadian guy named Badassie in Bed-Stuy. He turned me on the the magic of “Yellow” Sauce, or Caribbean hot mustard sauce. My first Yellow sauce love was Lottie's...

It will make your Christmas Bright

💥 Looking to make your holiday recipes extra impressive this year?

💥 Stop by the Taste NY market at the Long Island Welcome Center and grab yourself some specialty sauces from Ric Orlando' BEST Hot Sauce, BBQ Sauce, Seasonings and Rub!

Come see me Thursday at Primal

Be the first to know and let us send you an email when Ric Orlando' BEST Hot Sauce, BBQ Sauce, Seasonings and Rub posts news and promotions. Your email address will not be used for any other purpose, and you can unsubscribe at any time. 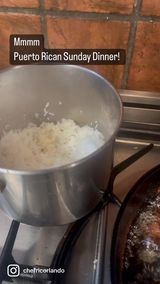 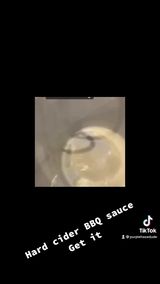 I’ve got the goods for Summer cooking. HTTPS://shop.ricorlando.com

Warm your winter kitchen!!! My house smells magical! Here is a recipe. Add chicken or fish or lamb if you desire https://ricorlandobrand.blogspot.com/2021/11/winter-squash-and-chick-pea-tagine.html?m=1

Did you say Fire? Purple Haze Double Dose made with Smokin Ed’s reapers is comin soon 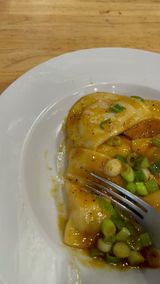 And it’s blackened string beans for breakfast ! Get Cage and get the recipe on my website #vegan #blackenedstringbeans #cooking #cajun #spicy @chefamysins

Summer grill rub sale is on! Up your cookout game. So easy! Order online 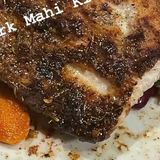 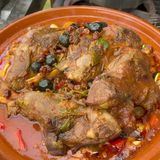 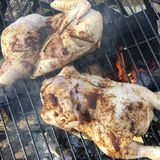 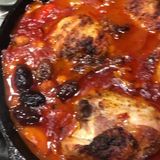 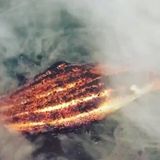 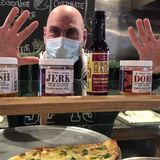 Something hot is Brewing! 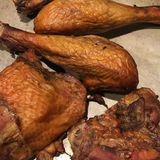 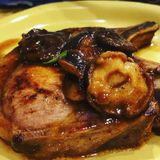 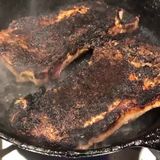 30 years of Iconic flavors comes to your kitchen

A LIFETIME TASTING AND TUNING.

In my earlier years as a cook, my food was a jam session. There were many successes and just as many duds. As I evolved from cook to a CHEF, I began seriously developing flavors that I could replicate consistently. I fine tuned them so that the cooks on my team could recreate my dishes. FLAVOR MAKER SPICES are the exact same recipes I have used in the New World kitchens since 1993.

Now my FLAVORS are packed up so that YOU at home can create my signature flavors and develop some of your own.

The secret is in the seasoning!

BE BOLD BE ASSERTIVE

The inspiration for my food comes from the bold and assertive FLAVORS of the American Melting Pot. I have spent my adult life eating with neighbors that have passion for their native flavors.

Cook fearlessly and put your flavor first. After all, what we remember most about a dish is the flavor. My FLAVOR MAKER SPICES will help you put FLAVOR first.

HAVE FUN and send me pictures and stories of your creations. I’ll be waiting!

Shrimp Marcella plus a shot of Purple Haze Hot Sauce. Livin' large on the 828!
Outstanding!
We have been curing a 5 lb Sollohub Family Farm Nine Pin apple mash fed ham for 24 hours using Primal Your Local Butcher’s Nine Pin Brine recipe (you can get the recipe on ninepincider.com/blog in the section)

Now we are about to slow cook this delicious all day, glazing it with Chef RIc Orlando’s Nine Pin Signature BBQ Sauce. A true, 100% Upstate New York creation.

Stop by Primal today and get your bottle and find out what makes it so good! Also, any of Ric Orlando's products make amazing stocking stuffers and his full line is available at both Primal locations!
Here is a full list of dates/times for all the vendors that will be doing sampling at Primal in Stuyvesant Plaza this week! (Dates and Times are for our Albany store only.)

*******Watch the whole video to get some insider information on a very special item that will only be available on Tuesday. ********

Stop by today and try the sauce that everybody is talking about.
When the Jerk chicken needs a little Trini Daddy vs When you overdid the Trini Daddy on the jerk chicken
Where can I find the DOBE recipes?
Spice up your salmon! 🔥

We paired our salmon with his Jerk Rub for a Blackened Salmon that brings allll the flavor. Grab it next time you’re at fin! 🐠

Open Tuesday-Saturday!
There’s a new burger in town: Honest Weight Food Co-op is now slinging fresh burgers of all kinds and they’re topped with our friend, Chef Ric Orlando’s, Ric-ter Scale Brand Sauces + Flavor Maker Spices . Stay tuned for his taste test with the Buttonista 🍔 🍟
Best recent sauce discovery: purple haze + red wine vinegar + kewpie + crema + usually-a-surprise-ingredient in...you know...whatever parts of each you want. Bc we all have different tongues.
We are kicking off our monthly "Cooking for a Cause" series with Chef RIc Orlando on April 9th! Here is your chance to win 6 Free Classes and 6 of Ric's Ric-ter Scale Brand Sauces + Flavor Maker Spices. Good Luck!

Yes! "Cooking for a Cause" is back as a monthly series, and it all kicks off on April 9th with a Friday night party with Chef RIc Orlando. Check out the upcoming schedule and what the Chefs are cooking on our website.

Coming soon: "The Chobani Cooking for a Cause Family Series". Details coming soon!