Congratulations Windswept Stables for your huge Accomplishments in Eventing recognized by the 2021 year end awards! Well done! We look forward to the 2022 season
Thank you everyone for your continued support especially

We’re all jumping with joy with the cooler weather!

‘Sweet Talkin Woman’ in her first Novice. I think this big mare really loves her new job! And looks great doing it too 😍. I can’t help but smile while we are jumping ☺️

Roxy was in 2nd place after the confirmation class at the East Coast future event horse championships. But as you can see her excellent jumping scored her a 90 pushing her into 1st thank you for showing her and

“Miss Roxy” took the Future Event Horse Championship by storm today. Winning 3yr filly division and over all high Score 3yr oks Champion! So many big fancy warmbloods and she beat them all. Showing everyone that you don’t have to be big, don’t have to be a warmblood or a gelding to be a great athlete. So proud of this small Thoroughbred filly! She is The little engine that could

For lease (On Property Only)
“Old Fashioned Love Song”
17h 2009 TB Gelding
CCI2* and Prelim school master
This horse has a large barrel, is built and Moves like a warmblood. This horse is a safe confidence builder, a great teacher who takes his riders up the levels and teaches them proper riding. Quiet, obedient honest ride, not a kick ride, not a whoa ride, the perfect in between. Beautiful animated gaits in dressage. steady accurate stadium and brave cross country machine. Spent the past year taking a Junior up the levels. Has won eventing, won hunters and dressage and is also fun fox hunting.
On property only lease Aberdeen MD
Farm includes indoor, outdoor, 150 acres of trails with xc jumps, he is looking for a new Rider interested in competition
Pm or text 302-893-5344

Some pictures from the MCTA show

Great day Sunday at Maryland Combined Training Association. Swagger won his very first horse trials at Beginning novice ending in his dressage score, leading from beginning to the end, won TIP Champion and won the “Grandad trophy”! Arlow was second in his first Novice event with a double clear and was TIP Reserve Champion! and Old Fashioned Love Song came in Third place in their first event together with a double clear, with hopefully many more to follow! and Chief were first in Dressage. Proud of Everyone! Thank you to all the organizers and volunteers!

The girls and ladies all did so well at the Windswept CT Show!

So Proud of Malibu Rock for winning the Open Intermediate division at and taking the Champion! It was a challenging course! With 8 months from our last Intermediate, i couldn’t be more proud that we were the only team to go clear in cross country! Very pleased that we are back. I think it is apparent that the horse really needs to trust the rider. But it is also very important that the rider trusts the horse they developed and to let them do their job. Trust and love the heart of the Thoroughbred. Don’t give up, Hold on tight to your dreams.

Babies. You can dress them up but you can’t take them out 🤦🏻‍♀️

Fitch is growing so fast he doesn’t even recognize himself!

HUGE congrats to Leah Hiener, our TOP Junior Rider Ann Hanlin, our TOP Senior Rider and Monica Fiss, our TOP Trainer!! See you back in 2021!!

**Working student or Part time barn help for CCI *** Event rider Monica Fiss. Week days/and a weekend days. Including but not limited to cleaning stalls, feeding, turn in and turn out. Moving hay/grain, cleaning buckets, raking. tacking and untacking horses. Is not a riding job but riding/lessons, boarding/training a horse and housing can be benefits. Must have Horse experience and reliable transportation. Must be RELIABLE and hard working.
Yes it will be cold in the winter, yes it will be hot in the summer.
Located in Churchville MD. call Monica 302-893-5344

Arlow 5th in his first beginner novice with his best dressage yet!

and Tractor 1st place in the Training division congrats!

Abs doing dressage, in a costume 😂

Baby TB Arlow learning to jump, in a costume

Be the first to know and let us send you an email when Windswept Stables posts news and promotions. Your email address will not be used for any other purpose, and you can unsubscribe at any time.

Send a message to Windswept Stables: 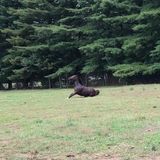 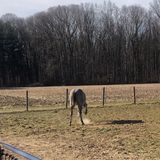 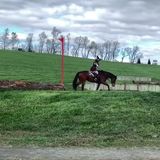 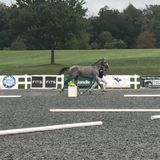 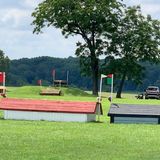 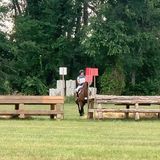 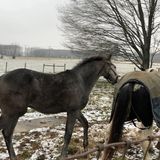 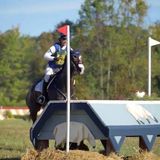 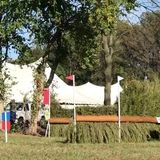 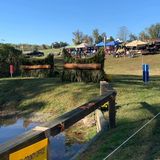 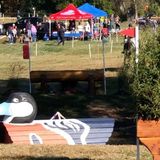 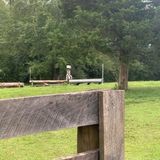 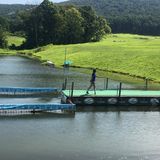 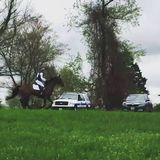 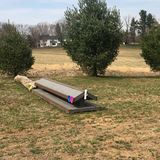 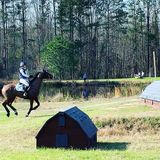 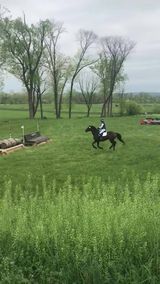 Other Farms in Aberdeen

Is your business participating in the Maryland Green Registry?

Check it out at:
https://mde.maryland.gov/MarylandGreen/Pages/Home.aspx

After spending some downtime at the farm, Rita realized that "Rocky" needed a new job and a new person to do it with. Enter Monica Fiss (pictured with Rocky, now 13), who took him under her wing during the retraining process and has since moved him up to compete in eventing at the CCI 3* level. The pair have been together since 2013, forming a powerful bond.

"He trusts me to jump anything I point him at. He keeps me safe and even when I make mistakes riding, he takes over. It’s as if he can read my mind," she said. "It’s like we just fit together."

You can keep up with all of their adventures at Windswept Stables 🐴
Would everyone take just a moment to vote for Valentino? Monica is riding him in his elf costume (voting is under my name) thank you! 😊
x

Other Farms in Aberdeen (show all)