We are a family owned dairy farm in Alexander, NY. Our pride is our 1290 milking cows and over 1300 replacements. Come see us! Founded in 1977 by Dan McCormick.

"For God so love the world that he gave his only Son, that whoever believes in him should not perish, but have eternal life."
John 3:16
Happy Easter

Cow mooscussion around the water cooler

Congrats to @josh82__harris for his 1st bear!

When people say they will only eat “antibiotic free” meat, I would love to show them this picture. How would you feel if you had a case of pink eye and didn’t go to the doctor to get medicine to make it better? I would assume the burning in the eye would be quite painful. The same is true for animals.
•
One of my calves had pink eye, and I (the doctor) gave him a spray in his eye and an antibiotic to help heal his infection. If we can take antibiotics when we are sick, why can’t we expect our animals to do the same?
•
This is the first time this animal has ever been given an antibiotic, and hopefully it’s the last. But if I didn’t treat him knowing he had a bacterial infection in his eye, he would suffer in pain for a few weeks, completely loose vision out of that eye, and potentially loose the entire eye if the infection got bad enough. That’s a better end result than giving an antibiotic to heal the eye in a few days? I would beg to differ.
•
You see, since he was given a shot, that does not mean that there will be antibiotics in his meat. Every single antibiotic has a withdrawal period on the label. After the minimum withdrawal days have gone by, the medicine will be completely out of his system and his body will be antibiotic free. ALL animals are antibiotic free because of required withdrawal periods, and every animal that enters a processing facility is tested before butcher to make sure there is no antibiotics in their system. If there is, the animal is rejected and will not be butchered.
•
Pink eye is a very contagious disease and can cause many issues this time of the year. Luckily, we have only had a few calves who have gotten it, but if we didn’t treat those few animals it could potentially spread like wild fire into the rest of the herd. And that is NOT a good day if that would happen.
•
Did you know ALL meat is antibiotic free because of withdrawal periods? Leave your response in the comments below 👇🏻
•
#beringerfamilyfarms #bustingmyths #antibioticfree #dontfallformarketingschemes #mislabelingatitsfinest #knowthefacts #trustafarmer

"It's not uncommon to see cows that aren't cooled really well to lose 10 to 15 pounds a day in milk," said Brad Almeter, partial owner of "Breezyhill Dairy."

The cow form of wanting to knock someone out for chewing too loud.

Jen where is 1090?
Well she's in pen 3 and she's usually laying about 19 stalls in on the right. She's about 75% white but if she isn't there she eats in the middle third of the headlocks.
Jen what did you have for dinner last night?
Ummmm??? 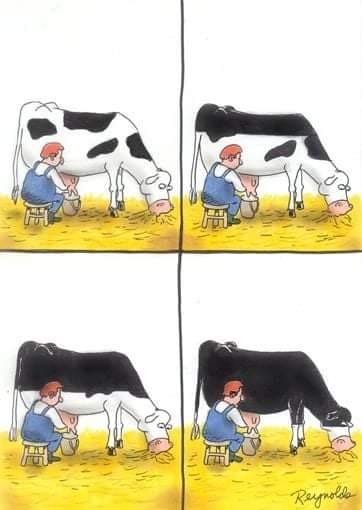 Quality milk award. Love what you do and you won't work a day in your life. Great job MFD crew!

2 years in the making and Dan finally has his sign up. Thanks to all the guys who made this possible. Austin Wolfley, Cameron Lochren and Cody Fowler!

When you have popcorn stuck in your teeth...

Decided its time for Thumps to join Humps and run free in heaven🐄. In her 11 years she has had 5 girls, 2 boys and 1 set of twins. She has produced over 30,900 gallons of milk too! She's been my bud since 2010 and I'm surely going to miss her deeply. RIP baby girl🥰💔 Be the first to know and let us send you an email when Mccormick Family Dairy, LLC posts news and promotions. Your email address will not be used for any other purpose, and you can unsubscribe at any time. 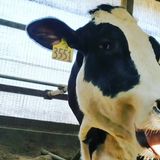 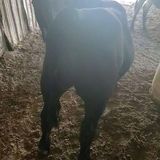 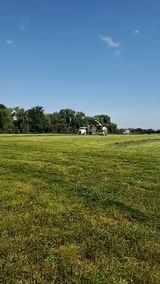 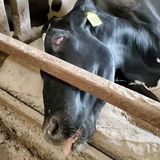 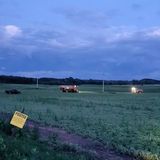 Another ridiculously hot day for the girls #cows #shower 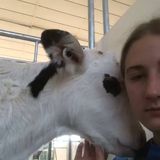 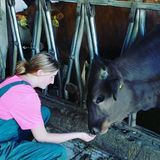 Who doesn't love a little brown swiss and a snack? 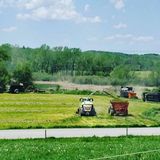 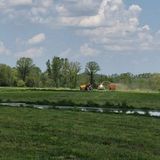 Girls headed to their new home. 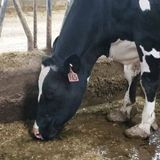 And u think your friends are weird? Try hanging out with mine...🐄 #cows #stopthatsgross

Cow parade!!!!! So impossible to get any work done in these groups. 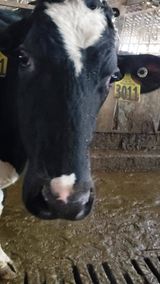 Cant ever have anything nice

Farm kids are good at a few things...including someday using their tackling skills for chasing and tackling calves 😂🤪

Other Farms in Alexander

Y'all potty train, right?
https://www.facebook.com/angela.sloan.50/videos/10157938354912711
Your post does not even resemble the statement released by Fair Oak Farms. OFFICIAL STATEMENT FROM FAIR OAKS FARMS FOUNDER MIKE MCCLOSKEY ON ARM ANIMAL ABUSE VIDEO: This morning I was made aware of an animal abuse video that the group Animal Recovery Mission (ARM) produced and has released to the public and the press. Most of the footage for this video was captured on one of the dairies that belongs to Fair Oaks Farms. While we were made aware a couple months ago of the fact that ARM had gone undercover at Fair Oaks Farms, and had proactively made a statement (link), we had no idea what kind of footage had been captured or what – if any – abuse had occurred. It is with great disappointment to find, after closely reviewing the released ARM video, that there were five individuals committing multiple instances of animal cruelty and despicable judgement. Of the five, four were our employees and one was a 3rd party truck driver who was picking up calves. Of the four who were our employees, three had already been terminated prior to us being made aware months ago of the undercover ARM operation, as they were identified by their co-workers as being abusive of our animals and reported to management. So, in this instance our policy of cow care training - “see something, say something” - worked. After reviewing the video frame-by-frame, those three employees are responsible for the overwhelming majority of offenses seen in this video. Unfortunately, the fourth employee’s animal abuse was not caught at that same time. Although he underwent another training session in animal care when we discovered there was an undercover ARM operation on our farm, after viewing the extent of his animal abuse, he is being terminated today. As to the individual who worked for the transportation company, today, we will notify the company that he works for and he will not be allowed on our farms again. It is our position that any companies that come in contact with transportation of our animals, should be well-versed in and adhere to our industry’s animal welfare practices which can be found in FARM (https://nationaldairyfarm.com). Months ago, when I first learned of the undercover activity, I requested a 3rd party review and we went through a re-training process throughout the dairies. While the review came back favorable, I am not letting my guard down and will institute more thorough monitoring and training so that this abuse can never happen again. This video and any future videos will be immediately handed over to the authorities for review and potential prosecution. Regardless, I am disgusted by and take full responsibility for the actions seen in the footage, as it goes against everything that we stand for in regards to responsible cow care and comfort. The employees featured in the video exercised a complete and total disregard for the documented training that all employees go through to ensure the comfort, safety and well-being of our animals. It is a shock and an eye-opener for us to discover that under our watch, we had employees who showed disregard for our animals, our processes and for the rule of law. This ARM video shines a light on an area that – despite our thorough training, employee onboarding procedures and overall commitment to animal welfare – needs improvement. However, as I have stated before, the fact that ARM takes months before notifying owners or authorities regarding on-going animal abuse is concerning. I have personally reached out to ARM’s founder, Richard Couto, to discuss a more symbiotic relationship but he has yet to reach back. A full investigation of all aspects of the video is underway, during and after which disciplinary action will be taken, including termination and criminal prosecution, of any and all employees and managers who have violated either our animal care practices or the law or both. The statement that we grow and sell drugs on our farms is false. The plants featured in the video are an invasive perennial species that is rampant on farms all over the midwest. With that said, I am disappointed to learn of potential drug use on our properties. Months ago, the individual seen smoking by the barn and doing drugs in a truck was turned in by his co-workers to one of our managers. That manager notified local law enforcement about the drug use and, accordingly, a police report is on file. It is with a heavy heart that I prepare this statement today. As a veterinarian whose life and work is dedicated to the care, comfort and safety of all animals, this has affected me deeply. I am disappointed for not being aware of this kind of awful treatment occurring and I take full responsibility for what has happened. I also take full responsibility to correct and ensure that every employee understands, embraces and practices the core values on which our organization stands. I am and will continue to be deeply involved in the resolution of this matter, down to every one of our employees, so that I can guarantee that these actions never again occur on any of our farms. Please feel free to contact me at [email protected] if you have any comments or questions. Dr. Mike McCloskey Fair Oaks Farms https://www.facebook.com/FOFarms/posts/10156818467445971?__tn__=-R
Dan milking a cow in the DR.
Checking on some of the young ladies this morning! Happy mother's day to all the great moms out there!
Do you know that a cow that just gave birth is decaffeinated ?