The Eat Well Kitchen creates, packages and deliveries high-quality affordable meals to your doorstep. Fully-prepared by our chefs so you can have dinner on the table in a few minutes.

You never know what new meals you’ll find in stock each week. Click the link early and often before your favorite sells out 🔍

What’s for supper at your house tonight?

Go ahead and pour that glass of white wine! Dinner is ready and on the table in just a few minutes!

We love a light, summery lunch like this Farro Tabbouleh Bowl with grilled chicken breast.

Protein + Starch + Veg = Balanced plate. What do you have for dinner tonight?

Dinner shouldn’t be complicated or stressful. Take some time this weekend to stock up on our frozen meals for the upcoming week. So many new meals in inventory to choose from 💡 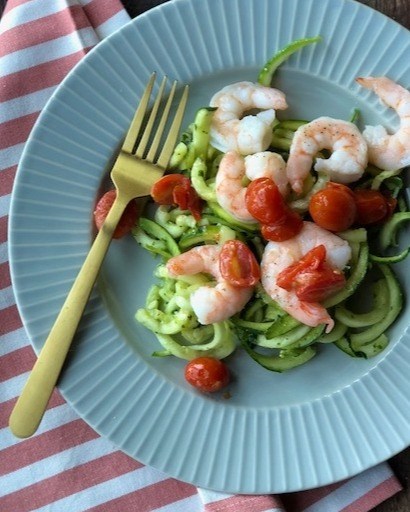 What’s for your dinner tonight? If you had shopped with us yesterday, dinner would already be handled! From the freezer to table in just a few minutes.

Greek Meatballs are on the menu and delicious for dinner next week.

Many of our meals will fit into a keto, paleo, gluten-free, and high protein lifestyle. Check out the menu as well.

Ready to get back to routine and in a healthy mindset. We do too! Try this frozen quinoa veggie bowl for $7.99. Perfect for a light lunch or dinner side to share with your spouse.

Save yourself time and money this week and check out all of our delicious fully prepared and frozen meals to stock up on for the week!

We often have family proteins and sides available to ship to you for delivery tomorrow!

We have new options each and every week. Delivered frozen and starting at $4.99 a meal, what are you waiting on?!?

What does a balanced meal look like to you? Everyone has a different opinion, which is why we stock so many options each week. Keep checking out our menu to find a few that you love! ⠀⠀⠀⠀⠀⠀⠀⠀⠀
⠀⠀⠀⠀⠀⠀⠀⠀⠀
#budgeting101 #budgeting #cheapeats #onabudget #daveramsey #fpu #financialpeace #babysteps #eatwellkitchen #eatwell #bewell #livewell #finances #financialfreedom #ramseynetwork

Red Beans and Rice is a completely nutritionally balanced dinner that also happens to be delicious!

Bolognese over Zoodles is a healthy twist on a classic Italian meat sauce. We love to make familiar favorites healthier.

Eat the rainbow is one of the ways we keep our health in check. Where there's a colorful plate full of goodness, you know it's well balanced and nutritionally sound.

Healthy food should take time, but not yours. We’re already doing the work for thousands of clients. Why should you still be cooking and cleaning?!?

We have been busy making your dinner tonight, so you don’t have to. 👩‍🍳 Dinner is served.

Father's Day calls for a balanced and healthy dinner. What's on the menu at your house. We're cooking smoked brisket, wild rice pilaf and wilted kale.

Chicken Marsala with Mashed Cauliflower and Garlic Green Beans is a delicious and healthy dinner. Priced at $7.99 our entrees sell out quickly, so shop early and often!

Summer nights call for an easy, healthy and quick dinner. What are you making this weekend?

Fill your plate and pour that glass of wine. Dinner is served.

Dinner shouldn’t be complicated or time consuming. Order a box of our frozen delicious entrees and taste why meal delivery is FOR you!

Set the table for a special meal. Then let us do all the work!

What’s for dinner tonight at your house?

Have you tried our Chicken Sesame Noodle Bowl? This is a game-changer for lunch or dinner. Simply thaw and reheat in the microwave or oven and a healthy meal is ready in minutes. #mealdelivery #fooddelivery #meals #eatwellkitchen #eatwell #preparedmeals #frozenmeals #dinnertime #eatwellbewell #eats #healthylifestyle #healthyliving #affordablemeals #affordable #onabudget #budget101 #budgetfriendly #budgeting

What are your favorite warm weather veggies? We love a COOL tomato and cucumber salad paired with a SPICY

When you think about valuable time with your family, does it involve the dinner table? We can help you get food on the table in just a few minutes.

Be the first to know and let us send you an email when The Eat Well Kitchen posts news and promotions. Your email address will not be used for any other purpose, and you can unsubscribe at any time.

Send a message to The Eat Well Kitchen:

Other Food & Beverage in Birmingham

Just ate my first meal, Shrimp Risotto. Personally, I was surprised to see the tails still on the shrimp. I've ordered from multiple places and this is the first time I've received a shrimp meal with the tails still on. Also never found a seasoning leaf still in my meal. Made me gag! Let's just say I'm glad this isn't an auto-ship site. Also was surprised by the packaging in the box. This is the first time the ice packs in the box were not still frozen. I guess styrofoam isn't as good an insulator as the insulation most others use. I also didn't realize the meals were previously FROZEN vs being fresh like the other companies. I'm still on the fence as to whether I will order again.
x

Other Food & Beverage in Birmingham (show all)