Whatever your drink; drink Royal Cup. Royal Cup Coffee and Tea is the proven leader in sourcing, roasting, blending, and providing high quality coffees and fine teas since 1896 and is the chosen partner for restaurants, offices and commuters across the country.

We are a family owned business rooted in a long standing tradition of coffee roasting excellence who takes pride in our unparalleled dedication to customer care.

Congratulations to Cupper, Nick Maroules, who was awarded Automatic Merchandiser’s 40 under 40 award.

Congratulations to Cupper, Nick Maroules, who was awarded Automatic Merchandiser’s 40 under 40 award.

is very excited to attend the Show. Visit us at Booth 600. See you in Nashville. We can't wait to connect with legal industry leaders at the 2022 Annual Association of Legal Administrators Conference & Expo! Be sure to visit our booth# 901 to try some of our coffees and teas and learn more about how we can service your business. Attendees, we cannot wait to see you all in Chicago, IL from May 21-24 for the National Restaurant Association 2022 Show! Visit our booth# 1125 to try some of our coffees and teas and learn more about how we can service your business. Also, if you haven't already, click the link to register. http://ow.ly/E7zh50J3eoi

Our team connected with over 5,000 attendees at this year's annual Choice Hotels Convention, including hotel owners, hotel general managers, and hotel property management personnel. It was exciting to meet with many of our customers and prospects in person for the first time in over two years.
.
.
.
.
.
.
.
.
.
.
.
.
.

In this edition of “What’s In Your Cup,” we took a stroll over to the marketing department to speak with our very own graphic designer, Mere Rowlett. Click the link to learn why we consider her a rockstar! Read Now: http://ow.ly/RujU50IVVHt

Hospitality is an art. Creating a personal connection with guests and offering a unique, lasting experience is essential for hotels and resorts. At Royal Cup, we understand the importance of knowing our customers well so we can serve them even better. Learn More: http://ow.ly/a8fc50IGHHk

Congratulations to our Director of Sales of Office Refreshment Services West, Nick Maroules, for speaking at this year’s NAMA Show. He was one of three panelists to present on the topic "What We Do Well, and What it's Worth," focusing on articulating the value of convenience services as compared with other services competing for consumers' wallet shares.
(📷 photo: NAMA)
.
.
.
.
.
.
.
.
.
.
.
.
.
.
.
.
.

Your office coffee can significantly aide the success of your fellow employees and business. It starts the conversation, closes the deal, and keeps your team fueled and productive. Learn more about how our quality coffee program improves your culture, while allowing colleagues to collaborate.
Learn More: http://ow.ly/tuC450IB5Xn

As we conclude this year's Women's History Month, we'd like to share our latest edition of "What's In Your Cup" with Karen Mealing, Flavor Technician. Karen was thrilled to tell us about her journey with Royal Cup, what surprised her the most about working for the organization, and what Women's History Month means to her.
Read Now: http://ow.ly/L08s50IxwI0
.
.
.
.
.
.
.
.
.

Today is 💧, an annual day to advocate for the 771 million people without access to clean drinking water. In honor of today, Royal Cup is proud of and thankful for our long partnership with ! We believe in a future where everyone has the basic necessity of clean water. Visit neverthirstwater.org to learn more.

Today's spotlight is on Leigh Priecko, Director of Channel Marketing.

“Women don’t just deserve a seat at the table, but a voice at the table.”- Mayor Randall Woodfin

This year’s Momentum Conference provided invaluable resources for women to not only increase their skillset but their confidence. As our team left, we were inspired to make a difference and have our voices heard.
.
.
.
.
.
.
.
.
.
.
.
.
.
.

In honor of Women's History Month, we will be highlighting some of the incredible women who help make our company great. ❤️

In honor of , let’s all celebrate the many social, economic, cultural and political achievements of women around the world. We encourage everyone to continue to work to improve visibility, equity, and inclusivity in the workplace.
.
.
.
.
.
.
.
.
.

Be the first to know and let us send you an email when Royal Cup Coffee and Tea posts news and promotions. Your email address will not be used for any other purpose, and you can unsubscribe at any time.

Send a message to Royal Cup Coffee and Tea:

Who wants to win a gift card to the Waffle House?? 👀 . In celebration of International Waffle Day this week, we are excited to announce that we are gifting 2 lucky winners a $25 Waffle House gift card. . [HOW TO ENTER] 1. Follow @royalcup and Waffle House 2. Tag 3 friends in the comments you would enjoy waffles and coffee with. * Bonus entry for sharing to your story. Make sure to tag @royalcup to be counted! . The winners will be chosen on 03/25/2022. Ships to US only. Good luck! . . . . . . . . . . . . . . . #royalcup #drinkroyalcup #wafflehouse #giveaway #internationwaffleday #waffles #coffee #coffeelover #coffeeblogger #coffeetime #afternooncoffee #coffeecommunity

Nothing say “I ❤️ you” like coffee and chocolate! #DrinkRoyalCup 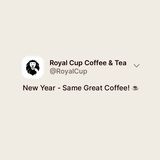 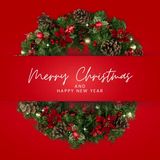 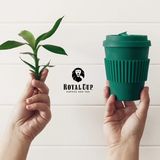 Happy America Recycles Day! Have you read our latest blog on how you can play a part in keeping our world beautiful? If not, click the link to learn more about the many ways you can recycle your coffee beans! ♻️ #AmericaRecyclesDay Read Now: https://www.royalcupcoffee.com/blog/articles/6-ways-recycle-ground-coffee-celebrate-america-recycles-day . . . #royalcup #recycling #recyclecoffee #recycle #sustainability #upcycling #zerowaste #coffee #ecofriendly #environment #reuse #waste #climatechange #wastemanagement #sustainable #savetheplanet #nature #diy #upcycle #scrapmetal #eco 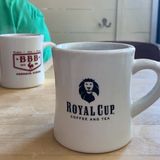 As we continue to celebrate our 125 years of coffee roasting excellence, we decided to sit down with some of our longest-tenured employees. This edition of “What’s in Your Cup” features Cindy Hooks, Manager of HR Services. We sat down to discuss how Royal Cup has changed during her time here, where she sees Royal Cup going, and what she wants to be when she grows up. Read More: https://www.royalcupcoffee.com/blog/articles/whats-your-cup-cindy-hooks #WhatsInYourCup #EmployeeSpotlight #RoyalCup #DrinkRoyalCup #CoffeeNews #EmployeeBlog #CoffeeDaily #EmployeeSpotlight 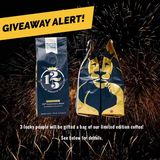 🚨Giveaway Alert!🚨 We are gifting 3 lucky people a bag of our limited edition, 125th Anniversary Roast coffee! Here’s how to enter: 1. Like this post. 2. Follow our account. 3. Tag 3 people who would enjoy a bag of our 125th Anniversary coffee. BONUS ENTRY: Share this post on your page and tag @Royalcup! The winner will be announced on October 25 at 12 pm CST! #royalcup #drinkroyalcup #coffee #coffeegiveaway #giveaway #prize #coffeeblogger #groundcoffee #coffeedaily #coffeeoftheday 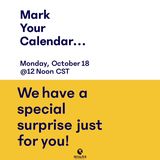 ROYAL CUP 125th ANNIVERSARY "Quality is very much an imperative today as it was then. And if we ever lose sight of that, then we'll lose sight of our competitive advantage." -Bill Smith Jr., Owner & Chairman at Royal Cup Coffee and Tea #RC125thAnniversary #royalcup #drinkroyalcup #coffeedaily #coffeenews #coffeerelease #birmingham #birminghamal #anniversary #celebration 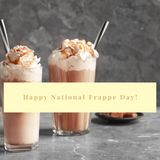 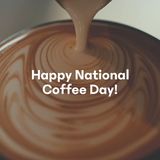 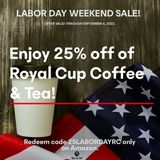 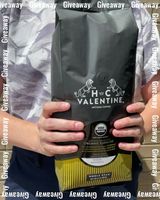 🚨ATTENTION COFFEE LOVERS!☕️ We are giving away a bag of our H.C. Valentine Organic Espresso whole bean coffee to 3 lucky winners. Sound delicious? Here’s how to enter: 1.Like this post. 2.Follow the Royal Cup Account. 3.Tag two friends who love coffee. The more tags the higher the submission. *Bonus Entry: Share this post on your page. Winners will be announced on August 30! #DrinkRoyalCup #CoffeeLover #CoffeeDaily #Espresso #WholeBean #Coffee 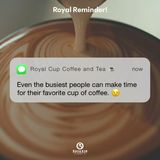 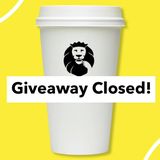 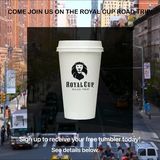 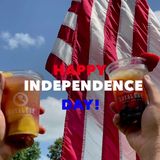 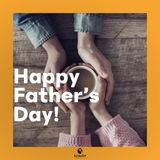 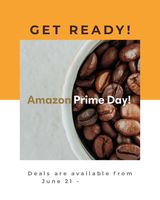 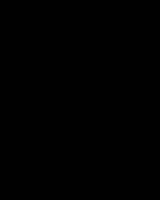 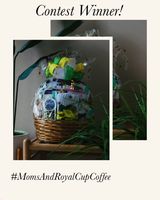 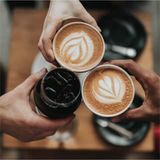 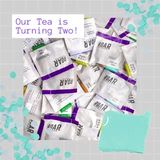 Royal Cup Coffee enjoys over a century of success & achievements: our long-standing reputation as a quality roaster.

Like most great stories, ours has a humble beginning. In 1896, Henry T. Batterton made rounds in Birmingham, Alabama, selling coffee from his horse-drawn wagon. His company, Batterton Coffee Company, served coffee so fresh and flavorful that it was deemed fit for royalty. Because of its high-quality taste, it became known around town as a “royal” cup of coffee. Batterton Coffee Company experienced decades of success and growth, and established itself as a legitimate, thriving business in a small southern city.

It wasn’t until 1950, after William E. Smith purchased Batterton Coffee Company, that the company was renamed Royal Cup Coffee. To this day, the Smith family still owns and manages the business.

Over the past 100 years, Royal Cup Coffee and Tea has grown from its small, hometown roots to become a major importer, roaster and distributor of the world’s finest specialty and premium coffees and teas. Royal Cup’s reach extends throughout the U.S., Mexico and the Caribbean, serving customers in the food service, hospitality, office and specialty coffee markets.

Our strong history is a big part of who we are today, but our company’s story still is being written. With appreciation and reverence, we acknowledge the past; with excitement and optimism, we work towards the future. We invite you to join us on this journey and become a part of the Royal Cup story.

Just what the doctor ordered on a snowy Denver morning!
Would love to order your coffee!
Please put your Rainforest Classic coffee on Amazon!
Will you be putting out an October promotion soon? Last year y'all had a "Spook/Halloween" one? 🎃👻👍
I attended an event in Des Moines, Iowa at the Airport Holiday Inn. The coffee they served was so wonderful that I asked the server what brand it was. It was Royal Cup European Blend. This is the smoothest, best coffee I have ever tried. No bitterness, no aftertaste, just great coffee. I drink mine black. I'm putting in an order now....
Good grief who the hell designed your web site? Ray charles?
I used to go there and see the box of tea bags I wanted and order, now I go there and it is a damn mess. Stupid pretty pictures of cups of tea and coffee

Whoever the propeller head idiot that thought it would be cool to make the site pretty made it ignorant.

Thanks to your incompetent web site, this is no where to be found...BUT, you have lots of pretty pictures of pretty tea in a damn coffee cup.... NEWS FLASH I know what tea looks like in a cup..

What a colossal waste of time and money to lose business.
Do you have a calorie menu on your ROAR Individual Pods?
We just had a very helpful service from Monty in Georgia!! Our machines were leaking and he was able to fix it in no time! Friendly and helpful! THANK YOU!
When you’re feeling down there is nothing better to pick you up
Help! I've been enjoying Royal Cup Roar coffee at the office but I can't find any nutrition information on the dairy topping that is added to my latte. Can you please provide?
Pour me another cup, another cup of Royal Cup
x

Other Food & Beverage Service & Distribution in Birmingham (show all)