We are starting a page for our farm business. We will have grass fed beef in the spring and

2016 versus 2022 price on Fescue seed. Maybe those novel fescue seed prices were not that high after all back then. Most places are selling it for $150 a bag.

And still not done.

Spotted and Marbled Salamaders I found lately in the bottoms. Along with Bog and I think Alligator snapping turtle.

The Cost of Ranching

Ranching looks so easy, just let animals eat grass and money rolls in. Now in a much requested video we break down the costs of farming and ranching cattle, ...

The Food Lab: The Reverse Sear Is the Best Way to Cook a Steak, Period

I've been using and writing about the reverse sear—the technique of slow-cooking a steak or roast before finishing it off with a hot sear—for well over a decade now, but I've never written a definitive guide for using it on steaks. It's a really remarkable method, and if you're looking for a steak t...

I posted a video earlier. To support that video here are pictures of beef taken at a local store recently. At least this store does label beef from the US. The butcher stated white packaging is from the US and red packaging is from Mexico and occasionally Australia and his opinion of much lower quality but has the same grade. Notice the red packaging carries the USDA inspected claim but the beef still comes from Mexico. Why not buy you beef local where you can see how the animals are raised and what they are fed and talk to the farmer about their practices most can or should be able tell you everything from birth to processing.

Any guesses on how many yokes it has? Can't wait for the boys to get home from school and show them. We have 8 dozen in the cooler by the road for sale, so drive by and help yourself or local delivery available on quantity purchases.

Eggs for sale now, self service. GMO and Soy free.

Jacob with another monster sized egg and today we get a really odd shaped one.

One of the boy's eggs today. Most of the rest are XL so I don't know what size you would call this one. They are going to start selling them soon if anyone is interested. Most likely unless we have orders for eggs we will have them out by the road in a cooler and do the honor system. They are fed a special GMO and Soy free feed. Peas and oats replace soy in the feed.

Who says grass fed beef has no fat or flavor? Only wish we would have had more steaks than burger now. This is a 30 month old angus properly finished.

Just sent our first all grass fed/finished steer to the processor. Our first being the momma cow that was ours that was born here then had this calf that was of course born here. It should be properly finished even for grass fed now at 3 years old. We will see what he grades and the overall quality in the next few weeks and decide the cutups after that. As we improved the forages and continue to give them a better buffet to choose from the meat can only get better. All while healing the soil and the farm.

Working towards this on our farm.

five reasons you need apple cider vinegar in your pantry

There’s a reason that Scarlett Johansson puts apple cider vinegar all over her face, and it’s not for her latest role as a sex-crazed extra terrestrial in Under The Skin. The buzz around apple cider vinegar (aka ACV), the ‘alpha-dog of home remedies’ has gotten ...read more

The end of the low-fat craze is here!

When Ancel Keys first presented his ideas about saturated fat causing heart disease in Geneva, he was strongly ridiculed by the other scientists in the room. In the words of his own friend, "he was ill prepared for the indignant reaction," and as a result of this "came the challenge, the motivation, and eventually the implementation of the Seven Countries Study."

The same study that health experts today are still using to insist that high levels of saturated fat and cholesterol cause heart disease. The same study that we now know was seriously flawed and not pass as a grade 8 science paper.

The cholesterol hypothesis was rejected by science and by the American Heart Association.

But, unfortunately for us, the board of the AHA changed in the early 1960s, and one of the new members was Ancel Keys himself. In 1961, Keys was on the cover of Time Magazine and the AHA changed its position, recommending reducing saturated fat and limiting butter, fatty meat, egg yolks and full fat dairy.

Over the next decade, science still fought back. In 1977, the McGovern committee was a very public display of this. Dr Robert Olson said, "I have pleaded in my report and I will plead again orally here for more research on the problem before we make announcements to the American public." But his pleading fell on deaf ears.

Senator George McGovern said, "I would only argue that senators don't have the luxury that a research scientist does of waiting until every last shred of evidence is in." The committee then recommended a low-fat, low cholesterol diet for everyone.

People have been trying to prove the cholesterol hypothesis for 60 years, and they haven't done it. Many of the researchers who designed and implemented the studies realised it couldn't be done, and then start speaking out for the other side. But, most of the time, the results of these failed studies were covered up.

But, the time has come. Everything has come full circle and the truth can no longer be contained. The end of the low-fat era is here. The end might be long and drawn out, but it is definitely here. :)

Weather is cooperating to match the early birthing season. 2 new babies in 3 days.

Baby # 2 today. Synchronized AI has its advantages for sure.

The Smiths are transitioning their cattle to have foraged-based genetics, which should greatly reduce the high input costs associated with feed. Their goal is to produce animals that are better fit for their environment, as their current animals are too large for foraging. The Smiths recently starte...

First batch of the season of whole all natural pastured poultry. $4/lb.

First batch of the season of all natural pastured poultry. Whole chickens with only the neck included. Necks are great for broth making. USDA inspected. $4.00/lb. Weights range from 3.5-6lbs Vacuum sealed.

Can you imagine presenting a TED talk at 11 years old? Birke Baehr did just that, and he totally rocked it. There are enormously wealthy companies such as Monsanto, Dow, and Kraft Foods who do not want us to even get a hint of what he's talking about here. That's the beauty of Social Media…

Heading to Virginia to pick up our new Angus bull from Pharo Cattle Company.

MILLS RIVER — Four local farmers were among the recipients of $148,500 in WNC Agricultural Options grants awarded to diversify farm businesses in the 2013 growing season. The 28 grant recipients celebrated Tuesday at an event at the Mountain Horticultural Crops Research and Extension Center in Mills... 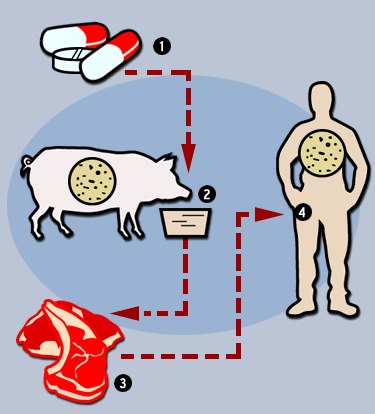 Well well, looks like the FDA is witholding all kinds of big ag antibiotic usage information.

Last batch of all natural pastured poultry for the year. Off to the processor Monday and done until the Spring grasses emerge.

Finally after a year of waiting we have a little girl born yesterday. 8 boys and 1 little heifer.

The owners from the fishing boat Hannah Boden came to the farm last week to learn about managed intensive grazing. They sent us some shirts from the boat. The boat is famous for Surviving the Perfect Storm that the movie was based on. For the last 2 years the vessel has been featured on the Discovery Channel show Swords-life on the line. Captain Linda Greenlaw returned to Hannah Boden after being gone since the Perfect Storm.

Be the first to know and let us send you an email when Smith's Sweet Grass Farm posts news and promotions. Your email address will not be used for any other purpose, and you can unsubscribe at any time.

Other Farms in Columbus

Thanks or responding. We have a small grassfed farm in Lexington, NC
x

Other Farms in Columbus (show all)