Owned and operated by Robert and Marilyn Champion. They grow fresh fruit & vegetables that they pick daily at the farm. sell at home and Farmers Market.

Roughly 30 years ago, Marilyn's mother, Anita Williams, began a small vegetable garden in her own backyard. Living in a poor location to sell produce, Anita carried her harvested items to a well traveled road in Decatur. This area, which was then an empty lot with only a slab of concrete, is now the Decatur/Morgan County Farmer's Market. As she continued to work long hours, 7 days a week, she also

Roughly 30 years ago, Marilyn's mother, Anita Williams, began a small vegetable garden in her own backyard. Living in a poor location to sell produce, Anita carried her harvested items to a well traveled road in Decatur. This area, which was then an empty lot with only a slab of concrete, is now the Decatur/Morgan County Farmer's Market. As she continued to work long hours, 7 days a week, she also

📢📢 Winter greens and cabbage that survived from lastyear more taste and flavor. 😋 Come and get them at the Morgan County/Decatur Farmers Market this Saturday 8-12 Come early before it's all gone. We will have sweet potatoes 🍠 and Raw Honey🐝 as well. 🚜

Few pictures of plants in the greenhouse, some that definitely needs to be planted outside. 🍑peach buds, winter greens and hairless sheep's
🚜 Hopefully we will see you this Saturday Morgan County/Decatur Farmers Market

The Market will be Closed tomorrow due to cold weather please come and see us next week.

Harsh colds during this time of year can significantly impact peach production.

Join us in praying for Alabama's peach farmers!

Owner Robert Champion says he does not want to raise prices on his produce, but may not have another choice, if fuel prices continue to climb.

I'd like to say thank you lord for everything he has done for us. We were blessed with a bountiful crops and mostly our wonderful customers who continue to support us through the year. I hope everyone has a blessed merry Christmas, thanks again Robert and Marilyn

📢📢 We have sold out of greens today!! Thank you for the overwhelming response and shares from friends and customers! We greatly appreciate it 😊

📢📢 ONLY TOMORROW!! 📢📢 We picked plenty of Turnip and Mustard greens if you need any for Christmas🎄🎄 please come and see us at Decatur Farmers Market parking lot. We have quite a few orders already so please come 8:30am or after to get them before they are all gone.We also have sweet potatoes, raw honey and some small ripe tomatoes.🍠🐝🍅

We are still picking plenty of greens!! If you need some for Christmas or just to put in the freezer let us know. We're making deliveries tomorrow morning to Decatur or you can pick up at the farm. We also still have sweet potatoes and Raw Honey. please call before you come out to the farm for availability.

To all our customers and farmer friends we are very thankful for you. 🍁😊🍂🦃

We will be at Morgan County/Decatur Farmers Market tomorrow morning with plenty of greens, sweet potatoes, pepper peach strawberry jelly.

Make sure to come and see us tomorrow 12-4pm Holiday Market at The Greene Street Market at Nativity veggies and a lot of homemade goodies.

GREENS GREENS GALORE!! We hope we have plenty for the last Saturday of the season. Come and get them before they are all gone. 😋🍠🌶 Morgan County/Decatur Farmers Market 7am till we sell out.

STRAWBERRY🍓 PEACH 🍑 BLUEBERRY 🫐 and STRAWBERRY PEACH 🍓🍑 together with fruits that are from our farm and homemade with love. Come and see us tomorrow Friday and Saturday Morgan County/Decatur Farmers Market with plenty of greens, sweet potatoes, variety of peppers 🌶🫑🥦 Raw Honey. 🐝

We're open! come and support your local farmers market. Our season is almost over. if you or anyone you know that have any vouchers left please bring them today is the last day to spend it.

We will be at Morgan County/Decatur Farmers Market tomorrow with a few fresh veggies. Come and get them before they are all gone for the season. 🫑🌶🥦🍠🐝

We're open! We picked more greens so come and get them before they are all gone.

We will be at Morgan County/Decatur Farmers Market tomorrow with plenty of green tomatoes and Turnip greens. Come and get them before the season is over. We will also have homemade vegetable soup and Raw honey. 🍲🐝🥣😋

Our season for tomatoes are almost over. We picked are vines completely so we have plenty of green tomatoes $25 for 25lb box.

Come spend Saturday with us!

Our farmers and makers will have candy for the kiddos, there will be face painting, The Old Friends Band will be in concert and the Master Gardeners will have demonstrations throughout the day!

We will be at Morgan County/Decatur Farmers Market tomorrow morning rain or shine with Turnip greens, tomatoes, okra, sweet potatoes and raw honey. 🫑🌶🥪🐝🍠🍅

Homemade Vegetable Soup is what's going on today. if you need some will be at market tomorrow and Saturday 🍅😋🍲🌽🥕🧅

📢📢 We will be back at the 🍂@ Morgan County/Decatur Farmers Market 😋🍁 Friday and Saturday with tomatoes 🥪🍅 green ones too for frying, okra, variety of peppers 🫑🌶 eggplants 🍆 sweet potatoes 🍠yellow squash, green beans, Turnip greens and raw honey 🐝🎃🎃🎃

We will not be in Morgan County/Decatur Farmers Market today sorry for the inconvenience.

Come and get the last of our pumpkins 6 for $20 🎃🍁 plenty of okra and sweet potatoes! Japanese eggplants and peppers 🍅🥒🍠🌶🫑🥪😋

Be the first to know and let us send you an email when Champion Farms posts news and promotions. Your email address will not be used for any other purpose, and you can unsubscribe at any time.

Send a message to Champion Farms: 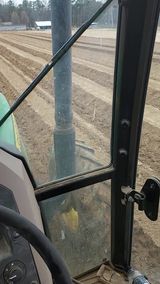 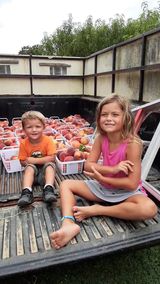 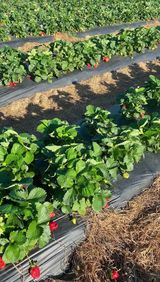 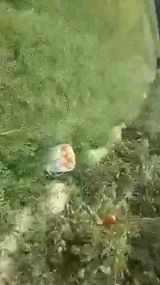 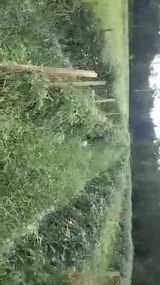 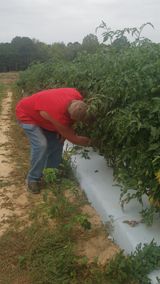 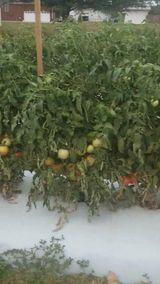 4th and 5th patch of tomatoes 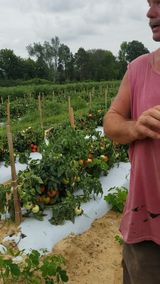 This is our first planting of tomatoes 4 rows of 750 ft. long Heirloom and hybrid varieties 🍅🍅🍅🍅

Madelyn is watching and coaching pawpaw while he cultivates the Turnip greens this afternoon.

Robert laying plastic down before the rain comes in!

Other Farms in Falkville

We just got off the phone with Champion Farms. They are picking a whole bunch of greens to bring with them in the morning! See you from 8-12!
Champion Farms #falkville #farmingfeedsalabama #northalabama #decaturfarmersmarket #eatlocal #supportsmallfamilyfarms
Will you have rattlesnake beans at the farm on Friday afternoon?
Will you have some rattlesnake beans and those cherry tomatoes at the farm on Friday?
Did I see some white peas the other day?
Pumpkins from Champion Farms
Summer @eatbanza sausage and vegetable pasta! Basically throw any veggies you have on hand in a skillet & toss with pasta! Simple and easy Champion Farms Morgan County/Decatur Farmers Market
Robert, do you still have any blackberries??
Last week we caught up with Robert Champion at Champion Farms while he was picking peaches! Watch this clip and then come see them in the morning! Thanks for letting us pick peaches with you Robert!
Robert Champion and I talked about picking peaches today! I will post that video later! In the meantime, here is an excellent video WAFF 48 did on Champion Farms earlier in the season!
Champion Farms just showed up with 60 gallons of fresh picked strawberries! Come get them!
Ann Coffey White Do you still think you will have strawberries by Saturday? Have a freind coming from Huntsville to the Decatur Farmer's market on Saturday and she wants Strawberies. Thank you, Ann