Midsommar Farm is a family-owned flower farm at the base of Short Hill Mountain in Lovettsville, Vir

Peony are coming. Until then enjoy this picture of Doug’s 14th birthday party. Note the forehead sprinkle.

Trust the magic of new beginnings. 2022 Peony season is underway!

The tomte is an essential part of Scandinavian folklore. He’s a little gnome of sorts, dedicated to one home or farm, looking out for the farm animals and children of the place, pattering about by night, unseen, to check on everyone’s welfare.

As a thank-you for his work, it’s traditional to leave porridge with butter on Christmas eve. We are grateful for the Tomte’s presence and protection on our little farm ❤️

Gray, he stands by the low barn door,
Gray by the drifted snow,
Gazing, as many winters he's gazed,
Up at the moon's chill glow,
Then at the forest where fir and pine
Circle the farm in a dusky line,
Mulling relentlessly
A riddle that has no key.

Rubs his hand through his beard and hair,
Shakes his head and his cap.
"No, that question is much too deep,
I cannot fathom that."
Then making his mind up in a hurry,
He shrugs away the annoying worry;
Turns at his own command,
Turns to the task at hand.

Goes to the storehouse and toolshop doors,
Checking the locks of all,
While the cows dream on in the cold moon's light,
Summer dreams in each stall.
And free of harness and whip and rein,
Even Old Pålle dreams again.
The manger he's drowsing over
Brims with fragrant clover.

The tomte glances at sheep and lambs
Cuddled in quiet rest.
The chickens are next, where the rooster roosts
High above straw filled nests.
Burrowed in straw, hearty and hale,
Karo wakens and wags his tail
As if to say, "Old friend, "Partners we are to the end."

At last the tomte tiptoes in
To see how the housefolk fare.
He knows full well the strong esteem
They feel for his faithful care.
He tiptoes into the children's beds,
Silently peers at their tousled heads.
There is no mistaking his pleasure:
These are his greatest treasure.

Long generations has he watched
Father to son to son
Sleeping as babes. But where, he asks,
From where, from where have they come?
Families came, families went,
Blossomed and aged, a lifetime spent,
Then-Where? That riddle again
Unanswered in his brain!

Slowly he turns to the barnyard loft,
His fortress, his home and rest,
High in the mow, in the fragrant hay
Near to the swallow's nest.
The nest is empty, but in the spring
When birds mid leaves and blossoms sing,
And come with her tiny mate.

Then will she talk of the journey tell.
Twittering to all who hear it,
But nary a hint for the question old
That stirs in the tomte's spirit.
Now through cracks in the haymow wall
The moon lights tomte and hay and all,
Lights his beard through the chinks,
The tomte ponders and thinks.

Still is the forest and all the land,
Locked in this wintry year.
Only the distant waterfall
Whispers and sighs in his ear.
The tomte listens and, half in dream,
Thinks that he hears Time's endless stream,
And wonders, where is it bound?
Where is its source to be found?

Hunt Country Gardens Admiring our spirit collection when you hung this one? 😉 Thanks so much for the gorgeous holiday decorations, the pub looks amazing!

What the samurai knew about arranging flowers

Nobody understands the “…transience of beauty and life” more than a warrior.

Ikebana originated in the 7th century when Buddhist monks began leaving floral offerings at alters. These origins are reflected in the symbolism of the three main stems, which represent harmony between “heaven, humanity, and earth”. In the 15th century, more formal theory and distinct styles eme...

Health and well-being benefits of plants

Blinding you with Science!

Health and well-being benefits of plants Concentration and Memory. Being around plants helps people concentrate better in the home and workplace. Studies show that tasks performed while under the calming influence of nature are performed better and with greater accuracy, yielding a higher quality re...

Last year’s plants have been taken down and disposed of. No powdery mildew allowed here!

Planting peony is in full swing and I’ve just got to sit back and appreciate “3-5 eye” roots from Peony Shop Holland . 💪🏻🌸

If you’re looking to get away from factory farm food and supporting family farming check out Long Stone.

The time has finally come!

Two years ago I felt the need to find a way to get a store location closer to Eastern Loudoun County and Washington D.C. For years we have had customers begging us to do this. In 2019 I spent hours driving around Leesburg looking for a partnership property that would enable us to open another farm store that could work for our family and farm and not stretch us too thin on the labor and financial side. At the end of 2019 we started exploring this space and was ready to sign a lease and then we found out I was pregnant with Timber and a few short months after that COVID hit and all the product we saved for the new store sold in a matter of weeks. While the early months of COVID during 2020 would have been a great time to open a new farm store it wasn’t in the cards for us.

So here we are, almost two years after exploring this idea, and we are ready to open our new market space! It has changed a good bit from the original vision and we landed on a cute and quaint space that isn’t much bigger than our current store. We are considering it a pop-up market for now, a space where we can comfortably open and sell our pasture-raised pork, chicken, beef and eggs and other local provisions within our own bounds. We look forward to increasing community access to our meat with a more accessible location.

We believe livestock belong on the land and that food systems should be more localized. We don’t mind doing the dirty farm work. I love the work and most days our kids like it too 😊 All the meat we sell is produced by us, on our farm, right here in beautiful Loudoun County.

We will be open starting tomorrow, November 7th, through end of December (at which point we might adjust hours):

Our store will accept cash, check, Square, PayPal and Zelle, just like our current farm stand. We will be staffing this market. We hope to see you at our Route 9 Market soon!

(I wish I had a better picture but I don’t! I snapped this beauty yesterday while we were working. Cute pictures of finished space hopefully coming tomorrow! Or you can come see it for yourself 🤗)

Maine’s independent senator is joining a push to call on the federal government to only procure flowers grown in the United States.

Nearly all of the blooms we sell are derived from Peony Shop Holland’s roots.

The time has finally come!!! We are REALLY excited to host our farm dinners again. Our family has been working hard behind the scenes the past year to prepare for the return of our popular barn dinners!

Join us on July 11 for our first Sunday Supper of 2021. We invite you to share Sunday evening with us learning about our farm, sipping on local wine and cider from Notaviva Farm Brewery & Winery, listening to bluegrass by Ben Walters and Gina Furtado and enjoying a multi-course meal prepared by Chef Justin Garrison of Justin Thyme Culinary using our meat and other locally sourced provisions. Our menu will be released in a couple weeks.

Group bookings are encouraged and all reservations will be confirmed by phone. We're expecting to sell out of this first dinner pretty quickly so we don't recommend waiting to buy tickets :)

Can't wait to host everyone in July!

All the cattle and hog forages we grow on our farm are pollinator friendly. Our fields are currently experiencing significant insect activity! It’s beautiful to walk through the fields and watch the birds, butterflies, honeybees and many insects I can not identify buzzing around enjoying the crimson clover bloom more than we are!

We do not spray any pesticides, insecticides or herbicides out here so I consider us a safe haven for creatures big and small (except we don’t care for foxes, groundhogs, skunks or minks to name a few...)

You can thank our cattle for this field. We actually plant it for them. Well managed cattle can provide significant environmental benefits.

Cows ARE GOOD for the environment when managed well. Trust me on this - don’t believe the lies! I go into more depth on this on our tours and everyone loves seeing our cattle graze and hearing why what they are witnessing IS good for our planet and human health!

Have a great day y’all!

Look what we found in the Lorelei while harvesting. One could say, “Peony farming is for the birds.” That’s right, we have jokes. Dad jokes, but still...

Please join us this Friday May 21st from 12-2 for pick your own.

Time to make the deliveries.

Come see us during the Loudoun Spring Farm Tour this weekend, May 15 and 16 between 12-4 for pick-your-own peony! 🌸
12093 Mountain Watch Ct
Lovettsville VA

Lemon Chiffon is ready to pop!

Good days work. Now we relax and survey our domain.

Come see us for the Loudoun County Spring Farm Tour May 15 and 16th. We’ll be blooming!

Things are happening! (Ignore the Chick w**d. It won’t be there when you visit.)

Peony are about eight weeks away. If you’re planning to come out for a bouquet, perhaps plan for a short detour.

It wasn’t pleasant above ground. But, that blanket of fluffy white kept the roots snuggly below ground. It’s gone now and we can’t wait for blooms in about 10 weeks!

Thank you to our wonderful neighbors.

After weeks of planning the perfect crystal grid in our area of quiet contemplation, we are sad to report a wanton act of vandalism and theft.

Fall cleanup continues. The plants have gathered all the energy they can. Soon we’ll remove the plants so the roots can rest.
Today we are removing some varieties to make room for something we find more exciting. Come see what that is in the Spring.

Be the first to know and let us send you an email when Midsommar Farm posts news and promotions. Your email address will not be used for any other purpose, and you can unsubscribe at any time. 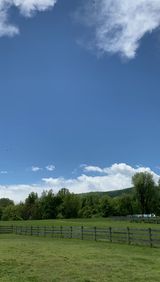 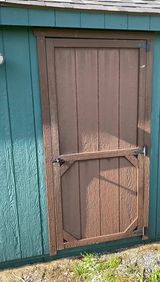 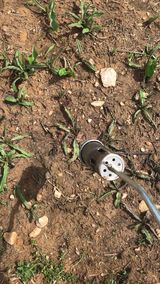 Other Farms in Lovettsville

Have you heard? I’m working on a new online class with called Growing Your Business With Local Flower Sourcing

There is nothing like getting flowers harvested by a local grower in the morning, and having these same flowers in your customers hands that afternoon.

If you’re interested in learning more about our process or the class, click on the link. Sign up for the Course News for FREE resources! https://www.thegardenersworkshop.com/product/florist-school-online-growing-your-business-with-local-flower-sourcing-with-ellen-frost/

Midsommar Farm is a family-owned flower farm at the base of Short Hill Mountain in Lovettsville, Virginia. We are Certified Naturally Grown which means that we use organic methods and do not use harsh chemicals or synthetic fertilizers. We grow using sustainable methods that nurture the soil (we are very fond of worms) and we hand cut fresh blooms right before they are brought to the local market.
Our flowers include peony, dahlia, sunflower, tulips, coneflower, lilac and lavender. We are passionate about natural healthy garden flowers and feel that there is nothing more “ho-hum” than wilted chemically treated flowers from the grocery store. Our flowers are not only beautiful and fresh, but safe to sniff!
x

Other Farms in Lovettsville (show all)