A cooking team creating a BBQ addiction, one backyard at a time!

Two more top 10 finishes for Darin and #porkosaurus using BandB Charcoal. A 4th and 9th at the Battle in the Delta Steak cook off. #steak #steakcookoffassociation #bandbcharcoal

10th in Ribs, 5th in Sauce, and 2nd in Bologna at the Atoka BBQ Fest!!! Darin McDonald getting it done! Thanks to one of our sponsors BandBcharcoal for helping with the magic! #porkosaurus #pitmasters #atokabbqfest #bandbcharcoal

Three packs galore!!! Looking for a great gift or a complete kit for a cook? Check out our 3 pack combo, it includes one of our bbq rubs, steak and brisket seasoning and our world champion BBQ sauce. Check out our page on Amazon to get yours. #porkosaurus #giftpacks🎁 #bbqrubseasoning #bbqsauce #steakandbrisketseasoning

When you need the highest quality seasonings to impress the best, look no further than Porkosaurus BBQ. Check us out on Amazon for a quick 2 day delivery of all our awesome products. You can also check in with your local ACE hardware and see if they carry it. If not make sure you ask them to pick it up, it’s available nationwide through Ace warehouses. #porkosaurus #bbqrubandseasoning #porkbuttshoulder

Good day for our Pitmaster Darin McDonald at the Esperanza Bonanza. Darin took two top 10 spots. 8th in Ribs using our Porkosaurus BBQ rub and 9th in Steak using our Steak and Brisket Seasoning. He also used the highest quality charcoal out there #bandbcharcoal. He competed against almost 70 entries!! #porkosaurusbbqllc #sca #bbq

Our Pitmaster Darin McDonald once again cooking for the championship. Darin won a golden ticket with his cooking mastery and is cooking against some of the best this weekend. Let’s wish him the best of luck ☘️

Food Sport Saturday.
Good Luck to everyone competing in the @steakcookoffs World Championships this weekend!

Happy International Womens day to all the hard working ladies out there. We’d like to celebrate the hardest working lady we know who keeps the Porkosaurus warehouse in good working order. We’d be lost without all of Kristen McDonalds hard work!! She keeps us in line because she throws Axes for fun 😐

Another great store where you can pick up your favorite Porkosaurus products.

We have had a lot of fun traveling the country learning about BBQ and all of the different flavors that are out there. Rather than turning to ordering it in we wanted to make these great flavors available right here in the heart of lake country. Stop on in and swap BBQ stories and meet your new best...

We all love pulled pork!!

Hey gang, we are having a wee website issue at the moment. If you are craving some Porkosaurus deliciousness slide on over to Amazon and you can still get your favorite Porko products. Thanks as always for the support and using the best BBQ products in all the universe. https://www.amazon.com/dp/B07GK5TZPZ/ref=cm_sw_r_cp_api_glt_i_ACDNJRJSF886DYM9WFGP

It's small buisness Saturday and Cyber Monday is approaching. Grab a deal on our two seasonings to spice up your arsenal in the pit! Right now through next Monday get $3.00 off this set, click the coupon box and get the instant savings!! We hope everyone had a great Thanksgiving!

Thanksgiving is right around the corner which means Turkey!!! We’d like to share a nice Brine recipe if you are going that route. It will create a nice juicy bird for everyone to enjoy!! This is our friend Matt Campbell’s recipe so enjoy and don’t forget to season your turkey with Porkosaurus steak and brisket seasoning. It’s not only good on beef!!!! You can still have it by Thanksgiving but order soon!!! See the link below.

Heat all of the above in a large pot until all the salt & sugar has dissolved.

Then let cool to room temperature.

Brine the bird (fully submerged) for 24-48 hours. After removing from the brine, be sure to allow 6 hours for the bird to dry off completely.

Once dry, rub with butter or olive oil before cooking

It’s getting to be that time of the year……don’t think to hard about that great gift for your significant other or favorite person who loves to cook. Get our three pack to add all kinds of exciting flavors to your food!! #porkosaurus

Porkosaurus would like to wish a Happy Veterans Day to all those who served our Country. Thank you for keeping us safe and America Great!!!

Thinking of all our friends in the South. Please be careful and listen to your public safety agencies!!

Some nice Sunday morning butts on since 4am. #porkosaurus #bbqsauced

It’s Saturday and we’ve got a brisket on the smoker. What are you cooking today and what kind of smoker do you use? We are cooking on a #langsmokers stick burner today. #porkosaurus

From all of us at Porkosaurus we wish you the happiest 4th of July. Get out there and cook up a fantastic meal for your friends and families. Also remember be careful with fireworks, it’s tough to flip your meat without fingers. #friendlytipoftheday #porkosaurus

Porkosaurus remembers all those brave Americans who sacrificed their lives to keep this Country free. Take a minute today to think of them and their families.

Wish some of our favorite customers Eric and Kim good luck as they put the heat to the meat in a steak cooking contest using our very own Porkosaurus Steak and Brisket Rub!!!! If you pop into an Ace and can’t find it ask the manager to order some it’s now available nationwide at Ace locations.

Eric and Kim are getting ready to put their grilling skills to the test at the SCA, Steak Cooking Association qualifying cook. Stop out to the Red Rock bar and wish them luck!! #porkosaurus, #webersmokefire

Happy Mother’s Day to all the hardworking Mommas out there. We are serving up some #porkosaurus pizza tonight to our special ladies. Hope everyone had a great day!!

Are you looking to take your cooking to the next level? Visit us at www.porkosaurus.com and have our world champion products at your doorstep in time for the weekend. #worldchampionbbq #porkosaurus

Third place BBQ sauce in the NBBQA Awards of Excellence!!!! We are stoked to have another win with our world championship sauce. You can try it for yourself and cook like a champion, grab some on Amazon and have it by the weekend!!
#nbbqa #creatingabbqaddictiononebackyardatatime

Tonight at 8pm EST click on the link to see where your favorite BBQ company placed in the National award ceremony. We had some very tough competition so we are stoked to be a top finisher in this esteemed contest.

Watch as NBBQA President Barbara Latimer with Todd Horchner of Legacy Event Productions for making this night fun.Check it out to see if you or someone you k...

We are excited to announce that we are a finalist in one of the categories for the National Barbecue & Grilling Association awards of excellence!! Tune in on Thursday to watch the awards ceremony and find out how we did. #creatingabbqaddictiononebackyardatatime #porkosaurus #nbbqa

Only 2 days of suspense remain until all the winners are announced for the 2021 Awards of Excellence
March 4th, 8 pm

Did you know that our award winning Coleslaw dressing is also a great marinade for chicken? It leaves your chicken with a great zesty flavor! #porkosaurus #creatingabbqaddictiononebackyardatatime

Happy New Year to all of our followers and friends! 2020 has been a crazy year, let’s hope 2021 is a better one. Everyone stay safe tonight while celebrating.

Be the first to know and let us send you an email when Porkosaurus BBQ posts news and promotions. Your email address will not be used for any other purpose, and you can unsubscribe at any time.

Send a message to Porkosaurus BBQ: 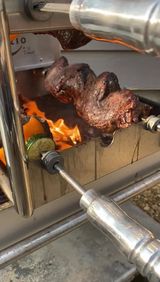 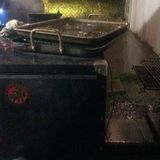 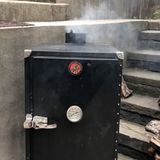 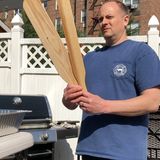 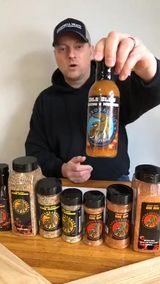 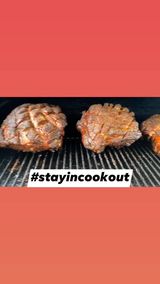 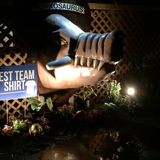 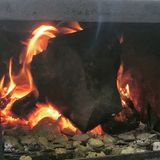 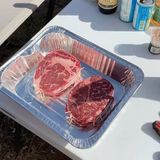 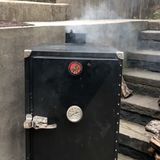 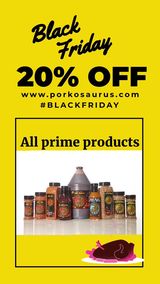 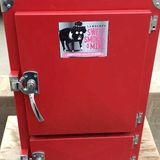 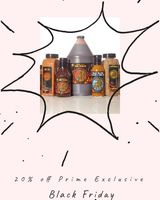 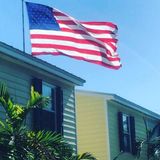 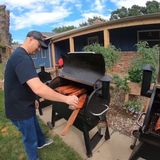 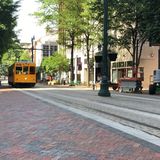 No one would have guessed that in 1994, a group of FedEx co-workers would come together to create a BBQ team that would grow into a family. Ultimately becoming an award-winning company (OVER 25 YEARS & MOST RECORD MEMPHIS IN MAY WINS) whose owners are as diverse as our flavor is unique.

Porkosaurus began with only a handful of members who equally enjoyed barbecue and camaraderie. After many backyard barbecues with family and friends, we decided to throw our hats into the competitive barbecue ring. Our newly created team quickly learned that cooking in the backyard was vastly different from the competitive barbeque. *Who knew? Determined to master the competitive circuit, our hodgepodge group confidently cooked, pigged out, reflected, learned and repeated.

We even analyzed our competitors by devouring all the bbq we could get our claws on. (For Science...) Through these other competitors, we learned the secrets of low and slow cooking.

Over time our enthusiasm inspired both friends and more co-workers to join our team. What started as a local team in Memphis and grew nationally and internally.

Not only did we expand from a geography standpoint, but our diversity was vast… a chef, an air traffic controller, FDNY firefighter, a police officer, a navy pilot, and a webmaster.

WHO CAME UP WITH PORKOSARUS NAME?

We all came up with the name at my house one night when we decided to take the team in a different direction and adopt a new Name.

We all knew Dinosaurs was a really cool concept so we decided to make up a prehistoric pig and call our selves Porkosaurus. We were going to do things in a big way and have a great future.

HOW DID DINO COME INTO THE MIX?

We wanted to adopt a mascot for the team.

We thought Porkosaurus was going to be prehistoric and we adopted the sort of Dino from the Flintstones. When Ernie came on the team we decided to change and have Dino grow into his tusks and look more threatening

WHO CREATED THE PRODUCT?

All the Members from Porkosaurus have developed the products so it's truly a team effort.

WHAT GOES INTO PERFECTING THE PRODUCT? DOES IT EVER CHANGE?

It does not change we work hard to perfect what we have. Many hours of testing and mixing and cooking with friends and family went into perfecting our products

IS THERE A PROCESS TO CREATING THE PRODUCT?

We test products by tasting and getting consensus on how well they performed and taste. True-time and tested methods only.

IS THERE A SCIENCE BEHIND GETTING THE FLAVOR RIGHT?

We cook with what we like and test it on friends. Our family and friends are the most brutal honest testers we can wish for.

ARE YOU GOING TO INTRODUCE NEW PRODUCT?

Many new exciting products are on the way. Hang on because we are going to hunt after new championships starting with a new Hot BBQ Sauce

Other Food & Beverage in Memphis