Horse and farm lovers camp is just around the corner ! I'm looking forward to seeing my past campers and meeting all the new ones ! We have a fantastic camp planned for you ! Tons of horseback riding, a trail ride, super sweet and cute baby animals to take care of, super fun crafts and games ! I've been told there's gonna be alot of water involved in those games :) ! It was also whispered in my ear there may be an obstacle course contest !!! I cant end this message without mentioning out famous glam your horse contest that friday ! So put your thinking caps on for how you want to decorate your horse !

See you soon, all you future cowboys and cowgirls !!!

Horse and farm lovers camp
June 22, 2020 - june 26, 2020
Come join us for a fun filled week !
Learn to ride a horse !
Learn about and help care for our goats,sheep,pigs,ducks,turkeys,rabbits and chickens !
Trail rides !
Fun crafts and games ! Scavenger hunt, and a glam your horse contest on friday ! Horse and farm camp 2020 is still on for june 22 to june 26
We are taking deposits now.
Fun filled camp with alot of open space for your kids to play in . Horses are ready to be rode. This year we will have a baby horse and baby piglets and baby ducks and chicks for the kids to learn how to care for.
Give us a call or text to make your childs reservation asap I'm sure spots will fill up fast this year !

Horse and farm camp 2019 was a huge success ! Stay tuned for details on upcoming fall camp. In

A few openings still left ! Sign up today and give your child a forever memory they will cherish !

Dont forget to sign up for camp ! This one filling up fast. 25.00 secures your child's spot at camp.

Give your child a fun filled, confidence building experience that will last a lifetime ! Your child will learn to ride on our well trained, gentle hand picked horses, as well as saddling ,grooming and general care of a horse ! They will learn to handle , feed, and care for our fun and friendly farm animals. Learn all about life on the farm !!! Daily horse and farm inspired crafts and games ! The week ends with our glam your horse and farm animal challenge!! Parents are invited on Friday to see this so bring your camera and join the fun !
Helmets are required we supply, or feel free to bring one from home. Safety on the farm is taught and practiced diligently !
Children are taught to ride by trained instructors in small groups of no more than 5 campers at a time.. Instructor has assistant and helper on hand at all times while children are riding and around farm animals.

Give your child a confidence building experience they'll never forget. Sign up now for our 19th Annual Horse and farm Day camp, sponsored by Funderburg Farms with Joiner Ranch.
Your child will learn to ride on one of our hand selected well trained horses. They will learn to saddle and care for horses. Safety around the horses and farm animals is taught and practiced diligently. Helmets are required and provided while riding horses at all times. Your child will learn to handle, feed, and care for our fun and friendly farm animals as well as learn how a farm works as part of their daily time here. Our farm animals consist of goats, sheep,chickens, ducks, turkeys, rabbits, pigs and horses ! Horse and farm inspired crafts and games daily !

Camp will be held at the beautiful Joiner ranch in Pell City.

Horse camp
June 17th thru june 21st
From 9 am to 3 pm
More details coming soon as I've added some fun things to my camp this year !

Took my petting zoo "Kritter Krazy" to Kennedy elementary school. The children had such fun petting and feeding the animals

Just a few of the beauties I wake up to every morning !
So thankful for this everyday

Life is better from the back of a horse

Just a day in my life

Waiting to run some barrels

“He was tied up to the trailer out behind the stands, a blaze-face palomino gelding, roughly 15 hands, high withers, slightly ewe-necked, back a little swayed, white hairs on his muzzle,eyes sunk in with age. An old warrior with his best years long since gone away, left here baby-sitting at a small-town horse play-day.

Watched over by her parents, a young girl kissed the horse; they coached her on the fine points and wished her luck, of course. He hardly seemed to notice when the small girl took his lead; he followed without balking but not with any speed. She climbed on and walked him round some, he went without a fuss; his head was down, the reins were slack, his feet dragged in the dust.

When they called her name his ears pricked up, she sat up in her seat; trotting to the gate there was new lightness in his feet. When they got into the alley he flared his nostrils wide, picked up the bit and arched his neck, she latched on for the ride. She let him go and as they went the years melted away, and he was once again the barrel horse he'd been in younger days.

With eyes on fire and muscles bunched, raw power in his stride, blazing speed and energy wrapped in horse's hide. He had chased the cans from old Cheyenne to the Calgary Stampede, from Amarillo to Salinas, he had lived the game horse creed: "Run to live, live to run," it was printed in his genes, from nose to tail his big heart pumped blue blood through his veins.

Coming through the pattern they touched the last can some; it was still up on its edge when they were halfway home. When she asked him for a little, he gave her all he had; the barrel stood, the run was good, and the time was not too bad. When she pulls the saddle he's an old horse once again, but while he's running barrels, he's all he's ever been.

So here's to that old gamer -- may our golden years like his be filled with golden moments and glorious memories, Of races run and races won, of places that we've been, of friends we've made along the way and good things we have seen, And someone who will need us for what we still can do-- may our needs be small, our wants be less, and our troubles be but few.”

Felicity had fun at camp this week

Horses can take you any where you want to go. All you got to do is saddle up and learn.
Go for it ! Young or old it's fun for everyone

Love this young lady to the moon and back

Our petting zoo a great success! !
We are available for your next event !!!
Give us a call to reserve your date

Saddle up horse camp going great !!
Here are some photos of the fun were having !!!

We had a blast can't wait for summer camp in june

The latest addition to the farm..we just love these two lambs to pieces..so sweet and friendly

Be the first to know and let us send you an email when Funderburg Farms posts news and promotions. Your email address will not be used for any other purpose, and you can unsubscribe at any time.

Send a message to Funderburg Farms: 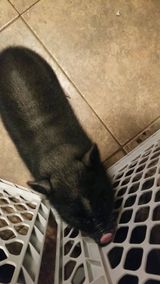 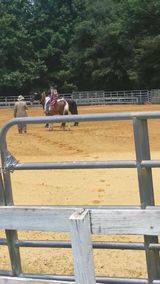 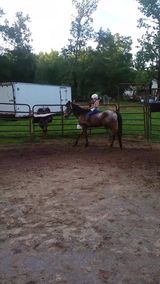 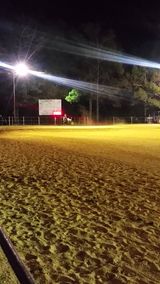 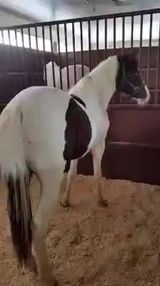 Other Farms in Ragland