Over the Rainbow Farm is owned and operated by Robin Dixon. We offer horseback riding lessons to all

We had an amazing day with Robin Dixon and the herd! Who needs a Dude Ranch with this hidden treasure?! 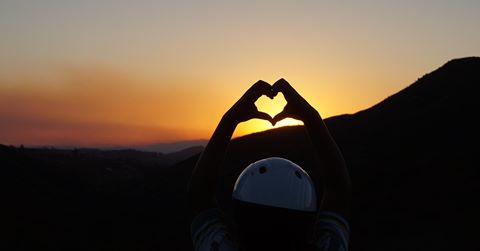 It's that time again! 4-H sign-ups are under way. Our first meeting will be Sept. 21st.

We just completed another week of successful camps. The weather has been so cooperative this summer!!! Lauren, Jarrod and Burles had to evacuate from New Orleans before the hurricane hit😲Thank goodness they are now safe in Mississippi 🙂

It's time to start signing up for Summer Camps!!!!!

Our first 4-H Equine/Horse Project of the year is this Saturday. Look forward to seeing everyone there!

Summer Camps are underway we are having so much with Rusty and Teddy Bear. Lindy and Grace learned to post today! Good Job girls :)

“If you would have your son to walk honourably through the world, you must not attempt to clear the stones from his path, but teach him to walk firmly over them - not insist upon leading him by the hand, but let him learn to go alone.” 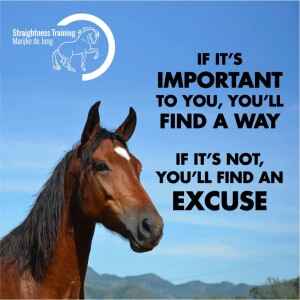 The So Cal Fair in Perris is coming up. Entries are due Sept.28!

2017-18 4-H has begun for Temecula, Murrieta, and Menifee. San Diego 4-H sign ups will be coming up in September.
So Cal County Fair In Paris will be having a Horse Show Oct 1 entries are due in by Sept.28 For more info please contact me

Summer's almost here and the kids are out of school. Time for Summer Camps to begin. Our first week at O.T.R.F. is already booked!
But we have more fun times ahead! Please Contact me Robin for more information!

Tomorrow March 18th is our Horse/Equine 4-H Project meeting. All groups Temecula, Murrieta and Escondido all are scheduled at 2:30.
Escondido has their Presentation Day so Good Luck to all those attending that event.
Everyone is shedding!!!! So plan on a hairy event ;}

Thank You Theresa Keener and Mystica for your very generous donation of a beautiful pair of paddock boots to our share boot boxs. Sometimes it's hard to justify buying a new pair of $100 boots for your child when they jump 2 sizes in as many months. Thank You again for all your support all these years. :)

We are starting a New 4-H Group in Temecula!!! It is in the building process. We are looking for those that would like to contribute their talents and strengths,children and adults alike. Come join the fun and excitement and share in the success of this worthwhile organization! 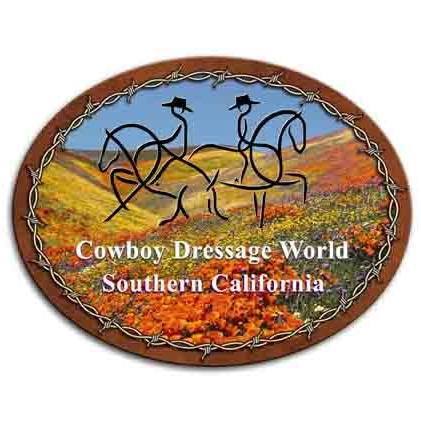 I am so excited to begin my new adventure into Cowboy Dressage!
It's a little different than Western Dressage more up my alley with the ground poles etc.
We've started a grass roots club and will be meeting up in Ramona at Creek Hollow Ranch this Sunday 1:00.
I'm in charge of refreshments so those of you who know my mother's famous Hawaiian Bread and Brownies (they cannot challenge her potato salad :). I should be a favorite among my peers LOL;}

“When you worry, you go over the same ground endlessly and come out the same place you started. Thinking makes progress from one place to another; worry remains static.”

So, if I am not paying for them to ride, what am I paying for?

- I pay for those moments when my kids become so tired they want to quit but don't.

- I pay for those days when my kids come home from school and are "too tired" to go the barn but go anyway.

- I pay for my kids to learn to be disciplined.

- I pay for my kids to learn to take care of their body.

- I pay for my kids to learn to work with others and to be good team mates.

- I pay for my kids to learn to deal with disappointment, when they don't get that score they'd hoped for, but still have to work hard in the grading.

- I pay for my kids to learn to make and accomplish goals.

- I pay for the opportunity my kids have and will have to make life-long friendships.

- I pay so that my kids can be in the arena instead of in front of a screen...

...I could go on but, to be short, I don't pay for horse riding, I pay for the opportunities that horse riding provides my kids with to develop attributes that will serve them well throughout their lives and give them the opportunity to bless the lives of others. From what I have seen so far I think it is a great investment!

Wow Lyn Ringrose-Moe is amazing!!!! I have learned so much Going back today for day 2 :)

I'm headed to Creek Hallow Ranch in Ramona this weekend. I will be attending a 2 day Western Dressage Clinic with trainer Lyn Ringrose-Moe. Very excited!!!! Anyone else interested in attending? Just let me know.

“Gratitude unlocks the fullness of life. It turns what we have into enough, and more. It turns denial into acceptance, chaos to order, confusion to clarity. It can turn a meal into a feast, a house into a home, a stranger into a friend.”

Tina and Sandrine are visiting us on Friday! We our looking forward to all of our massages!!!!! Thank You!

Ability is what you are capable of doing. Attitude determines how well you do it.

Horses do, in fact, try to intentionally communicate with us to achieve certain goals.

“Hey! See that bucket of feed over there? Yeah, that one. Can you grab that for me, please? I’m kind of hungry.”

Wait a minute. Did your horse just speak to you? Actually, he might have—in his own way, of course. New research by European scientists has revealed that horses do, in fact, try to intentionally communicate with us to achieve certain goals.

In their pioneering study, researchers have determined for the first time that horses are capable of heterospecific referential communication—essentially, the ability to communicate about something, specifically to someone else. More precisely, to us.

So does that mean our horses actually “talk” to us?

“They sure do,” said Rachele Malavasi, PhD, of the School of Ethical Equitation, in Moncigoli Di Fivizzano, Italy. Malavasi carried out her research in association with Ludwig Huber, PhD, professor at the Comparative Cognition Unit at the Messerli Research Institute at the University of Veterinary Medicine of Vienna in Austria.

“Horses are social animals which have evolved skills to maintain their social unity: affiliative relationships, protection from outsiders, social facilitation, and even social learning,” Malavasi explained. “We know now that their skill set also includes the ability to communicate intentionally with humans.”

In their study of 14 horses’ behavior, Malavasi and Huber placed two buckets just out of each horse’s reach. Each bucket contained either carrots, apples, or oats—as at least one of these treats would be likely to attract each horse, they said. The horse and handler stood inside a fenced-in area where they could see the buckets on opposite sides of the enclosure, just past a gate.

The handler did nothing but stand there. The horse, therefore, had to figure out a way to communicate to the handler: “Get me that bucket!” And so they did. In fact, for the most part, they did whatever it took to get the message across.

“The horses would alternate their gaze between the human and the reward (bucket), with the aim of conveying the attention of the experimenter to the desired reward,” Malavasi said. “But if that didn’t work, the horses would demonstrate real flexibility in their communicative strategies. They would nod their heads, turn their tails, and move their heads quickly toward the rewarded bucket in a ‘pointing’ kind of behavior.”

What’s more, the horses only made such great efforts when the human was actually looking at them, she said. The scientists instructed the “test” human to turn her body in different directions—as horses do appear to be able to detect a human’s attention toward them. When the humans seemed to not be paying attention, the horses first tried to get their attention before communicating about the food bucket.

Until now, the only domestic animal shown to be capable of heterospecific referential communication is the dog, she said. Now that we know that horses can do it, too, it’s possible to extrapolate the significance of the findings even further—as it suggests that horses are capable of thought-out problem-solving.

“Having this ability means that horses do not just ‘behave’ without considering the consequence of their actions,” she said. “Rather, they are able to create a mental plan (for example, to reach a goal with the help of others around them), to evaluate the attentional state of that audience, and to modify their communicative strategy accordingly. Horses seem therefore able of iterative problem solving strategy.”

While all horses probably have the ability to intentionally communicate with us, many handlers don’t see it, Malavasi said. And some horses might have “given up” on trying to communicate with us, she said, especially if they have experienced learned helplessness through constant isolation and/or abuse.

“I recommend spending some time doing nothing but observing your horse in the field, if not with other horses, then alone,” Malavasi said. “Horse people need to know how horses communicate and especially how their own horses communicate.

“We found some horses were very ‘talkative,’ whereas others would use very subtle signals,” she added. “Learning the communicative strategies of your own horse is like getting to know another person: You’ll never stop learning, but the more you know, the more you love.

“It’s also possible that your horse has given up in communicating with you, because you never listen,” she continued. “That’s an unfortunate situation, but it can be fixed. If you don’t know what your horse wants, be creative, and test solutions. It could be a great game to play together, and you’re sure to see a positive change in your horse's attitude!”

The study, “Evidence of heterospecific referential communication from domestic horses (Equus caballus) to humans,” will appear in an upcoming issue of Animal Cognition.

“Opportunity is missed by most people because it is dressed in overalls and looks like work.”

When training your horse, don't let your emotions confuse the issue at hand. Adapted from Lessons Well Learned: Why My Method Works for Any Horse by Clinton Anderson.

Be the first to know and let us send you an email when Over the Rainbow Farm posts news and promotions. Your email address will not be used for any other purpose, and you can unsubscribe at any time.

Send a message to Over the Rainbow Farm: 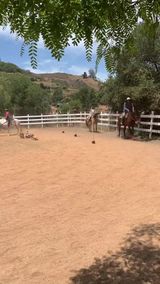 Other Farms in Rainbow

We are open and doing business. Happy Birthday Benjamin! Ponies are good for parties :)
x

Other Farms in Rainbow (show all)