Food and culture from San Diego to the ends of the earth...

Smoked and Pulled Lamb Shoulder with Seared Tomatillo. It’s a dish loosely inspired by my favorite one at @chef_miguelangelguerrero’s @laesperanzabajamedcocina in th Valle de Guadalupe. It is a simple dish with very complex flavors. One critical ingredient is this one: time.

Oyster, Shiitake and Cremini Mushroom Mixiote. This is the type of Mexican food that made me fall in love with Mexican food in the first place.

Grilled Quail with Red Mole and Huitlacoche and Pea Risotto

Tiradito of Hamachi with Roast Beets and Corn

Tostada of Smoked Eggplant, Mushrooms and Fresh Herbs. This dish was inspired by one I loved at a @wolfandwomanpopup restaurant dinner she put on in conjunction with @24.suns. Their collaboration was so seamless that I could not tell you who came up with the dish in question (https://www.instagram.com/p/CaR_eVclB0I/). I was in love with those flavors and wanted to look for ways to play with them in a Mexican idiom.

Mistah Kurtz-he dead
A penny for the Old Guy

My article on dashi in today’s San Diego Union-Tribune, featuring some of the wisdom of William Eick and inspired by his restaurant, Matsu in Oceanside.

Pan Roasted Morro Bay Halibut with “Lovage”-Scallion Dust and Bacon-Mustard Vinaigrette. It’s a version of a dish I made for the first time in Fredrikstad, Norway from pristine cod we’d bought just across the border in Sweden.
.
.
.

Morro Rock at Magic Hour. We came here to say goodbye to my dad…and it really felt like he was here.

Be the first to know and let us send you an email when San Diego Food & Travel Blog posts news and promotions. Your email address will not be used for any other purpose, and you can unsubscribe at any time.

A few moments of zen from yesterday at the Sweetwater River Bridge. 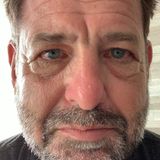 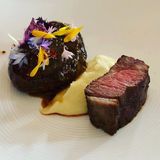 64 day dry-aged New York steak with Robuchon mashed potatoes at the 6th Anniversary of @restauranteamores in Tecate, created by Chef Marcelo Hisaki. And that’s a chicken sausage stuffed with more of the beef on the left.... 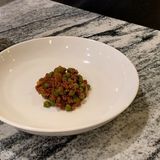 Jerusalem Artichoke “Parmentier” with Soyrizo and Peas. I’m ordinarily not a fan of vegan substitute meat products but I see soyrizo differently because it is plainly a great product. The way it plays here with the Jerusalem artichoke shows exactly why. What do you think? 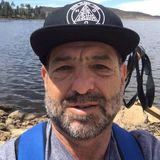 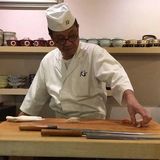 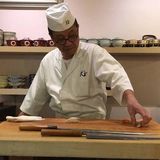 Chef Taisho Akiai Ish*to serving up the sushi course of his omakase at Kokoro Restaurant.

The Art of Spooning hosts Michael Gardiner and Sheen Fischer interview Luke Girling and Coral Fodor Strong for Episode 12, "The Yesterday, Today, and Tomorrow of Farm-to-Table"

From Gulf Coast to West Coast: with Nick Brune with Eco Caters and SoundBite

Other Food & Beverage in San Diego

Enjoy a delicious "Pan de Mu**to" from our Chef Patricia Ruvalcaba while she explains the history and tradition of centuries behind one of the most ancient traditions in Mexican cuisine: Pan the Mu**to. Learn how to make up like a Catrina with our professional makeup artist Alejandra Fernández. All together in the same session. Perfect for a Sunday family fun! https://fb.me/e/3gjTug1we
https://www.facebook.com/onceuponatimeinrosarito/videos/349792562412161/