We're back! What began as an idea and a really cool little party in 2010, the Mission Valley Craft Beer and Food Festival is heading out to become the premier beer and food festival in San Diego by grabbing the very best from the world of craft beer and a whole boat load of highly creative and talented chefs.

Along with Beer & Spirit Tasters, tickets include FREE Axe Throwing and FREE Mechanical Bull Riding! We will also have Corn Hole, Giant Jenga and more games for you to play!

Enjoy beer and spirit tasters from:

Details to be announced soon!

Be the first to know and let us send you an email when Brewciety posts news and promotions. Your email address will not be used for any other purpose, and you can unsubscribe at any time.

Send a message to Brewciety: 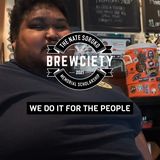 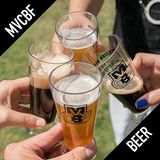 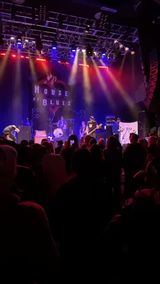 What began as an idea to gather the local breweries and eateries in 2010, the Mission Valley Craft Beer and Food Festival is entering it’s 9th annual event (we skipped 2014 to move the event location) and has become one of the most anticipated festivals amongst the local craft beer industry.

What makes MVCBF so different than other festivals? It’s simple. Food is included with your ticket. While most festivals offer food available for purchase via food trucks, MVCBF allows you to sample food from every participating location!

Other Food & Beverage in San Diego

Mission Valley Craft Beer and Food Festival doesn’t even have a chance this year thanks to those whose “right” outweighs the well-being of others. Are we complaining? Not at all. Your well-being is important to our team, and if that means we have to hold off on producing festivals to make a buck, or never produce them again, so be it. We'll adapt and do something else, which we've already started working on because that's what you do. You adapt.

Nice to get a Saturday morning shout out for our Mission Valley Craft Beer and Food Festival!
A very unfortunate survey from the Brewers Association states that only 46% of breweries can last another three months. The breweries that are able to weather the storm will be even more selective when deciding which events to participate in, and that's why event producers like ourselves, have to think outside of the box.

Our team would like to think things will go back to normal soon so we can focus on the 2021 Mission Valley Craft Beer and Food Festival. Although, as the outcome of the pandemic is still an unknown, so is the outcome of consumer behavior. Will the market continue to support large gatherings (1,000+)? Or will consumers opt for micro events where the crowds are much smaller and minimizes the amount of interaction with the general public?

One thing is for sure. Once the ban is lifted, some will continue on with life as they know it. Although, some will not, and this increases the risk of producing a successful event. The increased risk will lead to some event producers retooling their business model, or simply calling it a day and closing their doors. As for PushPins Media, we've been talking about going in a different direction for a few years and now is the time. We think you'll like what we have planned. Stay tuned...
Some 📸 shots by the rad Renato Soa at the Mission Valley Craft Beer and Food Festival last saturday!!
So excited for tomorrow's Mission Valley Craft Beer and Food Festival! In our booth, we will be raffling:
*this amazing Bryant work of art from Travis Bell
* a certificate for 3 months of yoga at The Little Yoga Studio
* 2 tickets to the Battle of the Chefs 2020.

Hey San Diego! Here’s your weekly list of fun, upcoming events! This week I’m super excited about the Petsmart Adoption Weekend and the opening of the Carlsbad Flower Fields. Never miss a thing in San Diego - follow me here to stay updated!

Thursday, March 5th
- Storytime for Preschoolers at Scripps Miramar Ranch Library
- Joullian Wine Bingo Night at Joullian Vineyards
Mission Valley Craft Beer and Food Festival is just 9 days away. We are teaming up with MVCBF to help raise more $$$ for Duane. MVCBF has put up a special password on the event website. Enter:duane (all lowercase)and ALL PROCEEDS from the tix sales using password duane will go towards Duane’s fight. You can use the password for VIP tix of General Admission.
www.mvcbf.com


**kCancer
We're at it again! 2/29 Fishing for Chips heads to SDCCU Stadium for Mission Valley Craft Beer and Food Festival and..AANNDD
San Diego Bacon Fest!!!!!
Use promo code: CHIPS for $5 off your ticket!

Thank you to all who voted for us and helped win this opportunity!
Barrel cured bacon. We decided to try this little experiment with the help from Seven Caves Spirits. We’ll be “releasing” this beauty at Mission Valley Craft Beer and Food Festival in five weeks. @ The Good Seed Food Company
The Mission Valley Craft Beer and Food Festival, one of the most coveted beer & food festivals, is back on Saturday, February 29th AND they joined forces with Bacon Fest!

Other Food & Beverage in San Diego (show all)