The Red River Shoot out is in the books. Every horse we brought placed in the Stakes or Grand Class!
Stars Sempre Avanti got 2 Grand Over Geldings, owner Dayle Berger

Afternoons Delight Phantom Opus won 3 firsts in Open Over Country Pleasure out of 6 and the got a Stakes reserve. Owner COULD BE YOU!!!!!

Stars Miniatures in Spurger Tx is looking for a full time person to help on the farm. Stall cleaning, general farm maintenance as well as helping with the horses. Hours are 8-4 Some weekends required. Must have their own transportation.

Stars Forged In Fire is a 4/23/2020 Domain colt. R/SP measuring 34.75 and 35" on 3/11/2021. For complete details please go to our web site at www.starsminiatures.com. Everything you need to know is there including tons of info on Domain and Fires Dam. This is a super cool colt that if not purchased soon, we will geld and show ourselves!!!

For details go to www.starsminiatures.com

We will be making several trips across the US the next couple of months. If you like something on our site, perhaps we could arrange free delivery. Contact us for details. www.starsminiatures.com

Welcome to our website. Enjoy all our beautiful pages filled with photos, videos and information about our horse, the training facility and store.

Finally finished our post show season updates on our web site! Check it out. So much great news and exciting things happening for 2020! Come join the fun!!! www.starsminiatures.com

Just showing off this incredible Domain son! He can be seen at Nationals and can go home with you (carefully worded for a reason) or, can possibly stay at Stars! For details please go to www.starsminiatures.com

For details go to www.starsminiatures.com

In case some of you have never seen "Baby Daddy" as my dear friend Alene Rutledge calls him, here is Domain during his show days. We have 7 Domain babies on the ground with one more very very special one on the way at any time!

Our first baby is here and we are thrilled. He is a stunning bay pinto colt sired by our amazing stallion Domain and out of National Champion producer, Caldwell’s I’m High Society Too. This makes him a full sibling to many times National Champion and Res National Grand, Stars Nekoda. This colt has a sculpted, tiny head with tipped up nostrils and the best ears. He is short coupled and very balanced for a new foal. You won’t find a higher neck set. He knows he is special as he flips his tail and struts around. We can’t wait to watch this neat colt mature!!! More to come for sure!!!

Great morning working a group of the young horses/ponies. We have a very special group of youngsters and the seasoned ones are better than last year. It's going to be a strong year.

A VERY Special Offering because of owners medical issue. Willowlawns Grand Master AKA Nick. A 2011 ASPC Gelding. He has been a congress champion,Modern Geldings in Hand ,Modern Country Pleasure,Modern Formal Pleasure and Modern Harness. He has won the congress in open,amt, and youth. Nick is truly a dream modern pony. We would love to keep Nick at Stars to help you achieve your modern dreams or you can take him and have all the fun in the world. He is a very special pony and would make the perfect Christmas gift for any pony lover. Please feel free to contact Mike @ 601-832-1370 with any questions. $2500

Stars wants to Congradulate Bob And Christine Padula on their GREAT ASPR Gelding Libertymeres Northern Star being anounced as 2017 ASPR Hand Pony Of The Year!!!!!

Stars wants to Congradulate Bob And Christine Padula on their GREAT ASPR Gelding Libertymeres Northern Star being anounced as 2017 ASPR Hand Pony Of The Year!!!!!

For information please go to www.starsminiatures.com

Please go to our New Arrivals page and our For Sale page for details about these beautiful foals. It gets too hard to update accurate info in several places, so all info will be at www.starsminiatures.com. We will be adding many more foals as we have several more yet to foal!

Be the first to know and let us send you an email when Stars Miniatures posts news and promotions. Your email address will not be used for any other purpose, and you can unsubscribe at any time.

Send a message to Stars Miniatures: 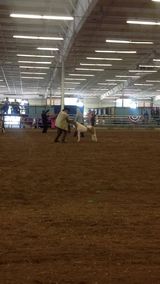 Picture Perfect Rebelchase Roxyheart win the 28-30 yearling mares and also is picked as the Reserve Grand Jr mare at the AMHA Central Regionals! 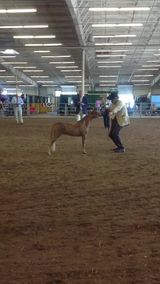 Ravenwood Ever After wins yearling mare 30-32 and goes on to be GRAND CHAMPION JR MARE at the AMHA Central regionals!

Picture Perfect Irish Love Song Wins 29 and under 2 yr old mares and is unanimous in solid color mares at the AMHA central regionals! 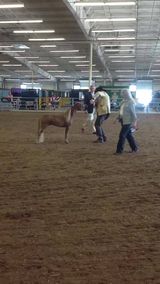 Ravenwood Romance to Remember goes grand Sr gelding and champion youth gelding at the AMHA Central Regionals. It was great to get to show my old friend again. 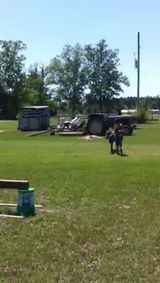 JSW Redis Color Of Fame (Nemo) is undefeated for the year in Multi Color!!! And is also holding his own in 2 Year old geldings at only 29.75 inches!

Los Arboles Idols Hit Parade keeps on going!!! 7 first in country pleasure driving as well as Unanimous Grand Champion Senior Gelding and solid placing in hunter! If I could only teach him to drive the truck he would be perfect!!!! LOL

McCarthys Storm Warning makes a BIG SPLASH!!! At his first show he is unanimous class winner,unanimous Junior Stallion Grand and a Supreme!!! Big things from a little c**t!

Alliance Buck Crusader made his Performance horse debut and really was solid! Placed nicely in the middle of a great class of ten in country pleasure driving. He also held his own in the halter receiving multiple reserve grands! He gave a gallant try in the hunter but his greenest showed with a few problems but showed great promise!

ERL Cutty Roxx the House first show! He received 1 first 2 seconds and a Grand Junior Stallion !! A little timid at his first show but we have High hopes for this great c**t!

Other Farms in Spurger

don't know if you are still looking for stable help, but Adda and Tino who work for me may know someone. He is in Mexico right now and he is a Veterinarian in Mexico. He has legal papers to cross the border, not permit to work in USA if you have interest you can text adda at 469-233-1810
Day two of the Amateur portion of AMHA's World Championship Show and we're still going strong! Yesterday Martin won his first Reserve World Champion trophy with Guinness in Amateur Gentlemen's Single Pleasure Driving, and today Lauren won Champion in Amateur Roadster. Continued thanks to Stars Miniatures!!
The amateur portion of AMHA's World Championship Show is in full swing and we've started off strong! Lauren took third in Amateur Showmanship and after a quick change went right back in for Amateur Single Pleasure Driving Level 2 and won Champion with Guinness! Thank you to Stars Miniatures for keeping him looking fabulous!
notre bébé :D AMHF WF Uchi Mata cheval miniature américain AMHA
Diana & Gerry of Team La Tach Stars Bikera looked amazing Ajjison & Mike she deserved to win Shown to perfection bu mike ****************Massive thank you from us ###