Networking at the East Africa Chamber of Commerce Conference.

Zontos is honored to be at the 17th Annual East Africa Chamber of Commerce’s Trade and Investment Conference where we have enjoyed connecting with world leaders and business owners to collectively use technology to help bring about healthy change.

Optimize your health with on demand hydrogen water.

Product performance backed by Zontos.
Science backed by over 2,000 double-blind studies and peer reviewed articles.
All confirmed in your own body when you drink the water.
What’s the catch? It is effective only when consumed. Change your health drink by drink!

Oxidative stress is prevalent. Don’t let it mess up your fabulous body! DRINK hydrogen water in the convenience of your own home.

The tennis players rocked it this weekend with their skills!

Technology In The Wild!

Track your water intake using pennies! Thanks to our customer for giving us his insight into how he stays on target, “I set 9 pennies ontop of the machine. Each time I drink a glass of water I put a penny in a cup. When all 9 pennies are in the cup I know I’ve had my 72 ounces for the day.” Drink!

More energy when you DRINK! Studies show that hydrogen-rich water has beneficial effects on the process of depressive-like behavior.

Join us as we discover the power of hydrogen water!

Happy Thanksgiving from the Zontos family to yours!

Zontos is on the move! Let’s get up and go!

Always ready to send a Z3 fountain of health to you!

The Zontos Z3 … coming to a city near YOU!

What does filtered, reverse osmosis, and distilled water have in common? 💧

Not much - however The Zontos Z3 Hydrogen Water Generator is the only product of its kind that performs perfectly with your choice of source water.

That’s right! You choose the water source - the Z3 adds the hydrogen (with a standard half life of 2 hours). It's that SIMPLE! 💦

Hydrogen Water is simply ultra-hydration in a glass! Our customers tell us they are more hydrated and even forget to use lotion as there is no longer dry skin.

Arise and shine and get your energy on with Zontos Z3 Hydrogen Water!

National Coffee Day have you all jittery from too much caffeine? Good things are to come when you relieve the jitters with Zontos Z3 Hydrogen Water! 💦

Be the first to know and let us send you an email when Zontos Hydrogen Water Company posts news and promotions. Your email address will not be used for any other purpose, and you can unsubscribe at any time. 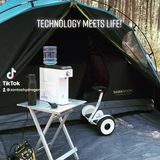 Technology In The Wild! 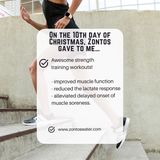 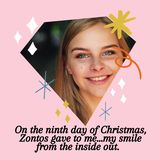 Zontos is on the move! Let’s get up and go! #hydrogenwater #livinglife #sharinghealth 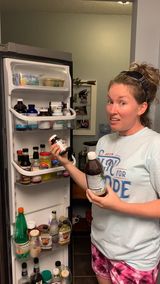 Zontos Z3 Hydrogen Water reduces inflammation including but not limited to sunburn! ☀️💦 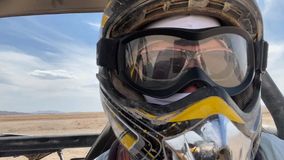 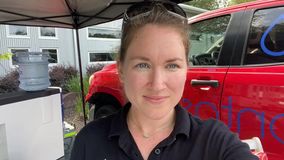 Dean Allen was born in South Africa and immigrated to the United States over a decade ago. His passion for people and their overall wellbeing led him to launch Zontos LLC, THE HYDROGEN WATER COMPANY ™ after having earned a Bachelor of Business Administration, with a double major in Management and International Business Development from Baylor University in Waco Texas. “Having the fortunate opportunity of doing mission and relief work in some of the most desperate areas of human suffering worldwide, I found myself in the Sudan for the second time, which broke my heart in a way that’s never been put back together. I learned in times of rendering food and medical aid that the pain that one feels from seeing unthinkable suffering and feeling helpless is not on par with having the experience of slowing the suffering with such ease, but for only so few. In the midst of feeling so broken I heard a gentle voice in me saying that I was to remain in a humanitarian function at heart, but that I was to enter the U.S. corporate world to illuminate the greatest cause of human suffering ever, as well as to eliminate the lack of access to clean drinking water worldwide. Little did I know that my life would depend on the very technology from Zontos that I hoped would relieve suffering and bring life to so many people. After following what I felt in my heart and establishing Zontos, I was inexplicably diagnosed with one of the most severe cases of lead poisoning every recorded. I deteriorated to the point of barely being able to cross a room because of the incredible amounts of pain I was in. Doctors gave me a death sentence. After having my body cleared of the lead poisoning through non-traditional medical treatments, the effects, such as the debilitating pain, still remained. It was not until I tried out a new product Zontos had - a Hydrogen Water Machine - that I saw a 95% reduction in symptoms. Now the dream can be realized, delivering the water of life to all who need it..” ~ Dean Allen

Other Water Treatment Services in The Woodlands

Whose ready for SATURDAY?!

We have a lot going on😳

• Sip and See with Beloved Tutoring 9am

• Zontos Hydrogen Water Company will be set up with an info water booth for patrons of the car show!

So come early!! 🤩☕️
I almost cut two of my fingers off on a table saw, I received the Zantos hydrogen water machine and have been drinking eight 8 ounce glasses a day. I also have been dipping my fingers into the water.
I went to the orthopedic doctor today and he said my fingers are healing ahead of schedule I know it is because of this water it also has given me more energy, and my joints don’t hurt like they used to. Dean Allen is very informative and always there to help. Thank you Zantos
x

Other Water Treatment Services in The Woodlands (show all)