Pics last spring…Joy of life at the farm. 2 Sheep roundup, Spring 2021. Silly spring girl got her head into the bucket of grain and scared all the flock! Tee hee ! Husband, Dr. Marc and son Mason ( an IP Lawyer) scrambled in the muck for another hour to slide them back into the isle way to trim hooves and give vaccinations. Terrific effort! ( Mason showing he is really a city guy with his gesture! But always helps us out when he’s here.) pics were taken over two sheep roundups, one month apart, same difficulty getting the girls into the aisle.

Meadow Club P Barrilito, me and Vineyard View Kana trying to get into the picture.

Store bought fondant is 10 times as expensive as the equivalent homemade product. This shows how to to convert sucrose (table sugar) into glucose and fructos...

We have two purebred LaMancha bucklings available. One is registered, and the other boy can be registered with the ADGA, but I haven’t done it yet. Pm me for details,, both are reasonably priced.

The Piedmont is lucky to have such a strong agricultural heritage. And that’s worth protecting // Photo

A first in Leesburg: Town to replace controversial herbicide with goats

A first in Leesburg: Town to replace controversial herbicide with goats 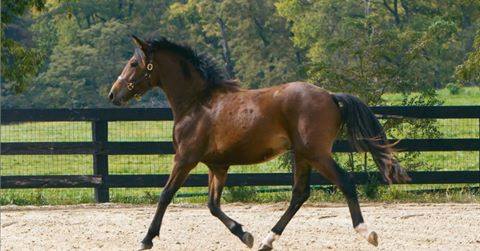 Trappe Springs Farm, LLC updated their information in their About section.

Trappe Springs Farm, LLC updated their information in their About section.

When the weather turns colder, certain types of colic are more common. But four measures can help protect your horse from seasonal pains in the gut.

Every once in awhile, you stumble upon a phrase that immediately incites you to learn more. "Goat yoga" is one of those.

How Do I Get a More Elastic Trot with My Dressage Horse?

How Do I Get a More Elastic Trot with My Dressage Horse?

Before addressing the elasticity, let’s look at possible reasons why you feel the need to slow your horse’s trot. Generally, a hurried trot tempo has many sources. Most commonly these are tension,

This has to be the cutest video of a goat ever.

9 mini eventing marvels that have defied their size *PICTURES*

9 mini eventing marvels that have defied their size *PICTURES*

Wolf Trappe is home ( Trappe Springs Farm, LLC ) for the winter and very happy to be with his buddies, Alpen Gold and Draco ! Katie Willis of Top Notch Eventing has done a wonderful job training him this year ! A Huge Thank You to her !

Kudos to our USDF All-Breed Award winners! With the close of the 2015 competition year for the USDF (October 1 - September 30), winners of the All-Breed Awards were announced by the United States Dressage Foundation, via posting of the final rankings on their website, www.usdf.org, late yesterday.

As a Participating Organization in the All-Breed Awards Program, the New Forest Pony Society of North America would like to extend our congratulations to our winners for 2015:

Forrest Nymph and Sinead Halpin are sitting in a 21-T position out of 82 rides. X country tomorrow, let the real fun begin! Her xc ride time tomorrow is 11.03.

Be the first to know and let us send you an email when Trappe Springs Farm, LLC posts news and promotions. Your email address will not be used for any other purpose, and you can unsubscribe at any time.

Other Farms in Upperville