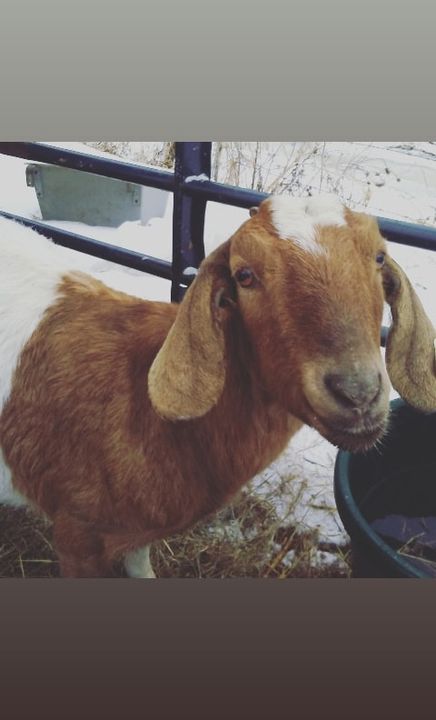 Hanging with the goaties! 🐐🐐❤❤

🍳We also have eggs again! 🍳

||•All our produce is grown from heirloom seeds using sustainable practices, natural fertilizers and no chemicals. •||

Busy day of harvesting veggies and flowers in the garden 🍴🍅🌼

Things have been busy around here lately! Flowers are blooming like crazy, the goat herd has expanded to 10, the garden is giving us new things to harvest all the time, and the pumpkins are starting to get big! 🎃🐐🌻🌼🌸🙌

Did you know it's #americanflowersweek ? I am hopeful that next year we will be celebrating this week as a first year flower farm!

Here is our little addition! The kids have named her Daisy! 🐐🌸💓

We have a baby! Lily did a fantastic job and is the proud momma of a sweet little doeling who looks just like her! 😍🐐

Working hard in the garden today while these three supervised from the shade of the canopy! They are tough bosses to please! 😉😉

It is raining buckets outside and the garden will be happy for a nice drink! Looks like a good day for me to stay inside and transplant the tomato and pepper plugs into larger pots and maybe the stock and strawflowers as well! 🍅🌱🌼🌸

Check out this asparagus shoot! Yesterday morning it was barely a couple inches tall and by last night it was HUGE! 😮

Lots of dirt under my nails as I work hard on the garden and the new beds! The herbs and the cut flowers should be going in the ground in just about 2 weeks! Can't wait for fresh cut bouquets! 🌸🌿🌼🌻🌿🌹

Asparagus is up and the hens are laying like crazy! The potatoes, onions, peas, beets lettuce, spinach and radishes are all in the garden! We are in full swing around here these days! 🌱🌱🌱

a few words about milk...

In lieu of the time change! We love this quote...and sometimes it is so true. :) www.pinktractor.com

Hope you've had your coffee. We are not sorry. ;) www.pinktractor.com

The McCarty Family used to have their dairy farm not too far from where I grew up!

From Cow to Cup to Sam's Club: An American Tale

Have you seen the new Peterson Farm Bros parody?!? Our kids LOVE watching their videos! 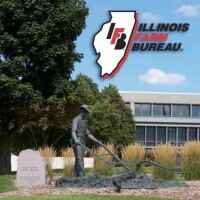 On growth promotion, Veterinary Feed Directives and antibiotics in meat.

Small step in the right direction! Glad Subway heard farmers and listened, now if only they would make it as public as their first announcement! The misinformation and the lies in marketing have to stop!

Friday, Subway updated their policy on antibiotics used in food animals and animal welfare in greater detail, and let me say, their second try makes a whole lot more sense.

We may be a dairy operation instead of a beef operation but we want EVERYONE to be aware and know that farms are not "pumping their animals full of antibiotics" but we are treating sick animals because without treatment and help they very well could die. Would you take yourself, your kids, your spouse to the doctor and get help if they were sick? We do the same for our moos. I certainly would rather eat a cow who was sick, treated (and withheld until the meds were out of their system) and slaughtered than a cow who was slaughtered sick any day of the week!

And as a side note: if we (as a dairy) treat a sick cow with antibiotics that cow is milked separately into a separate container and the milk is disposed of. It is never added into the bulk tank and never gets put on the milk truck. If it were then when the milk plant tests it (and they do MULTIPLE times) then that entire truck load of milk would be dumped and we would have to pay for the WHOLE load. Not a business choice ANY dairy farm would want to make!

We doctored a few cattle this morning that were sick. Yes, we used antibiotics to treat the sickness! A typical dose of antibiotics for one animal is 5-10 ml. This 500 ml bottle of Draxxin (one of the antibiotics we sometimes use) costs almost $2,000. That's right, $2,000! (You don't want to drop the bottle!) There is a lot misinformation out there that states that farmers "pump their animals full of antibiotics." That is simply not true. It would never make sense for any farmer (even so-called "factory farmers") to overuse antibiotics, they are too expensive!

In most cases antibiotics are used only when needed to revive a sick animal. If they are not given, there is a significant chance the animal will die. If antibiotics are ever given, there is a strict withdrawal time that must be observed before slaughter. Which means there are never antibiotics in your meat! So, when restaurants like Subway promote that they are going to have "antibiotic free meat" it is very misleading. Not only because all meat is antibiotic free, but also because antibiotics are an important tool farmers and ranchers use in small doses to keep their animals healthy. Yes, many small operations (less than 50 head) can get away without using antibiotics if they are lucky, and that is perfectly okay, but that just isn't an option for large scale farms.

If anyone would like to have a respectful conversation about Subways big announcement over going "antibiotic free" I would love to talk with you from the agricultural side of things. There's a lot of misinformation out there and the only way to stop it is to take time and talk with us farmers. As the article says we are only 2% of the population and it's easy for our voices to be squashed!

I will have to agree!

This picture has been on our refrigerator since we were all young. We don't know which one of us colored it, but we're glad our parents believe in the phrase! 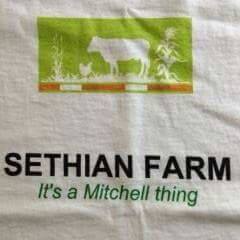 Mitchell Family Farm is located in Tioga County Pennsylvania, in the north central part of the state. We are a former dairy farm now focused on diversifying and expanding.

Be the first to know and let us send you an email when Mitchell Family Farm posts news and promotions. Your email address will not be used for any other purpose, and you can unsubscribe at any time.